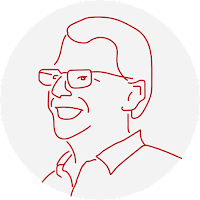 Hi everyone! My name's Zachary and I've had a passion for supermarkets for years. I began visiting different supermarkets every week in 2015, but it wasn't until the spring of 2016 that I began photographing stores myself. I'd been an avid reader of the Acme Style blog, and when the newly-opened ACME in Kenilworth, NJ (formerly my local supermarket) was renovated, I grabbed photos of the new decor to send in to Acme Style.

By the spring of 2018, I thought the name NJ Supermarkets wasn't necessarily accurate for the blog, given that I'd covered lots more than just New Jersey stores. Plus, I could go for something a little more exciting. That's where The Market Report came in.

March 1, 2019 marked the launch of Grocery Archaeology, a blog focused on examining the history of supermarket buildings that are no longer in business. And on September 22, 2019, The Independent Edition was launched, profiling independent and small-chain stores.

Beginning January 1, 2020, the blogs doubled down on my interest in examining how supermarkets interact with their local communities by switching to entirely geographically-based coverage, focusing on one region, county, city, or even neighborhood at a time. Today, The Market Report is the leading grocery industry blog in the New York metro area.

Thanks for visiting! Happy reading and happy shopping...