April 03, 2017
Sorry for such a depressing post, but it's important to keep track of these for the future, when people might not remember a store that operated so briefly. So far I count two stores that opened in former A&P-owned properties that have already closed for business (or have announced their closure). They are: 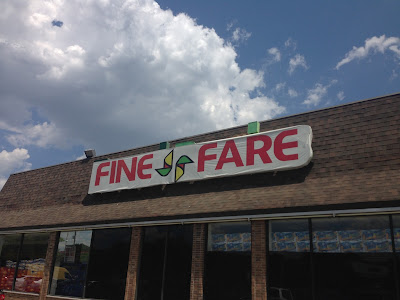 This former Food Basics was reopened soon afterwards following no renovations as a Fine Fare owned by the Luna family, who also own many other supermarkets in this area including Superfresh Glen Rock, a beautiful store (but I'm not sure how it's doing). Fine Fare stickers were simply placed over any references to Food Basics. There were plans to convert this to a City Supermarket, which never materialized likely because of a lack of sales to justify a conversion. Styertowne reported that this will reopen as "Bells Supermarket" in the future, although I don't have any more information than that. (With luck, I'm hoping to get up to this store in the coming weeks.)

This location will become a Superfresh! No indication as to who might be the owner, but the Facebook page format matches the Kevin Kim stores, so it might be one of his. 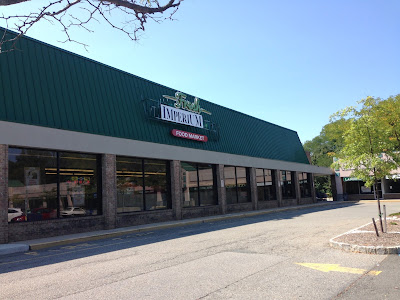 We all knew this was coming. Fresh Emporium was doomed almost from the start. The Jefferson location had a hope - it was big, it was a nice facility, it had a good location. The Landing location never had a chance. When I visited, it was dirty, smelly, rundown, and depressing. I hate to say it, but Pathmark left a really bad facility that only went downhill under Fresh Emporium.

We'll see, but Weis might be interested in this location (if they're willing to put the money in to bring it into this century). There's no competition in the immediate area, so a strong-enough competitor like Weis could do very well here.

UPDATE 2:
In the original version of this post I included Superfresh Garwood. However, if their Facebook page is to be believed, they are closing for renovations, not for good. If this is true, it will be exciting to see what they plan on!