NOT a former Centennial A&P 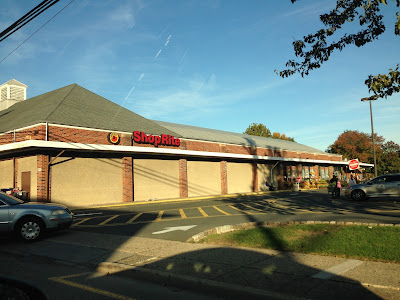 If you're even moderately interested in supermarkets, you've probably heard the claim somewhere that the Millburn, NJ ShopRite is a former A&P Centennial model. I think it's been sufficiently established that it's not. It is, however, a former Good Deal supermarket run by Sam Aidekman, an original Wakefern member.* It was bought by its current owner (Village Super Market of Springfield, NJ) around 1976 - not sure exactly where I got that year - when it was completely renovated. It may have been renovated once more since then but certainly no more than that.

* For anyone who doesn't know, the name "Wakefern" is made up of the original members' last names. They are:
W = Louis Weiss
A = Alex & Sam Aidekman
K = David Kesselman
E = Nothing, but makes it easier to pronounce
FERN = David Fern

The wall facing Main St. is completely blank. It's often assumed that it was originally covered in windows when it was an A&P. Although it was never an A&P, it's possible the front-end originally ran along the street. Today, however, the aisles run parallel to Main St and the checkouts are along the parking lot. (UPDATE: This has been confirmed by a photo submitted by the Millburn-Short Hills Historical Society. See here.) 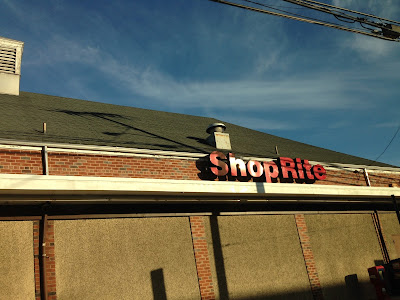 The entrance is actually on the far end of the store from Main St. 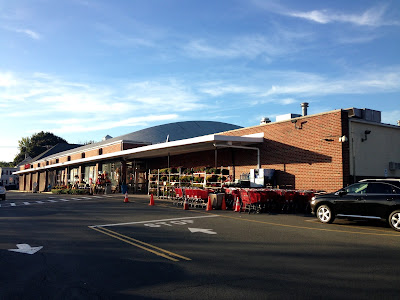 You can see in the above picture the store has an arched roof. It's an interesting feature. As usual, I would prefer that it was exposed, but there is a drop ceiling inside. Before we head in, let's take a look at Village's . . . er . . . eclectic . . . collection of shopping carts. 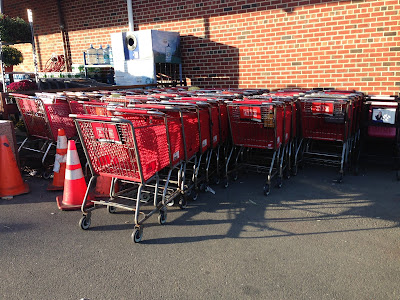 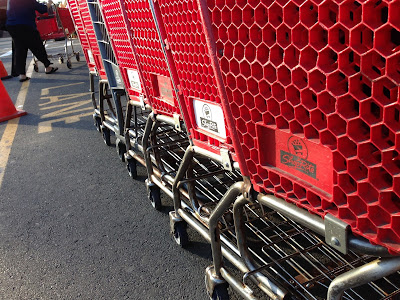 That's 15 different kinds just off the top of my head!

When you enter the Millburn ShopRite, you make a 180-degree turn to your right immediately, as you enter towards the checkouts. On your right (along the front wall) are the small customer service, deli, and seafood departments. (I'm surprised the store even has service seafood, although there is no bakery.) Produce follows, with meat and dairy along the back wall. 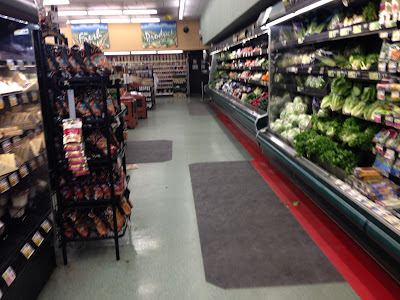 In the above picture, we're standing in front of the seafood counter looking towards the back wall. 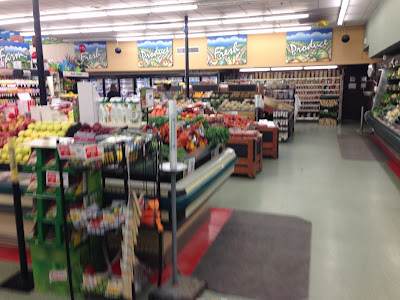 An overview of the produce department. The banners along the back wall were added some time around 2005 to freshen up the store, along with a new paint job. Otherwise, this store has the same decor package as the now-closed Morris Plains and Union stores, as well as the currently-operating Watchung store. Village Super Market used this decor package in the late 70s and early 80s. The "village"-inspired pictures on the banners were officially part of the decor package we see here and here. (I hope to, sometime in the future, create a whole directory of Village's decor packages, from around 1975 on.) 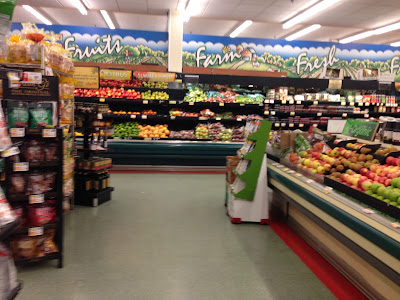 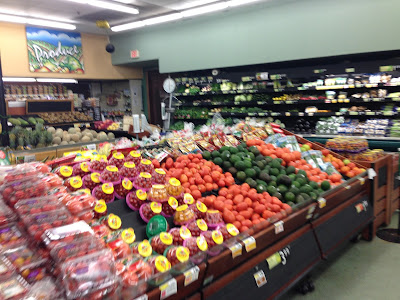 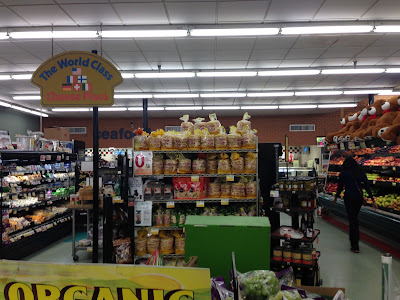 In the above picture we're standing in produce looking towards seafood, deli, and customer service (from left to right), with the entrance just off-camera to the right. I unfortunately could not get any more close-ups of the service counters because there were virtually no customers in the store but LOTS of employees. 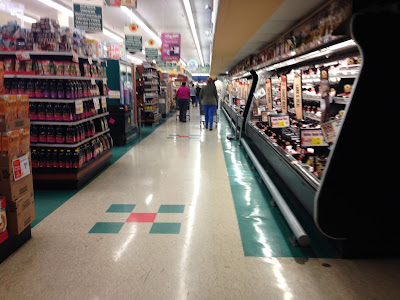 Here we're looking along the back wall towards dairy from produce. 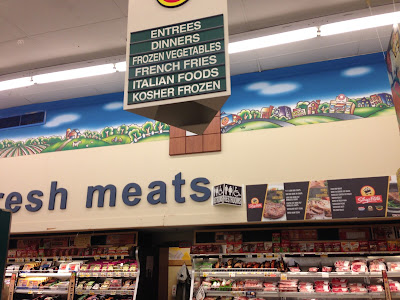 Meats run along most of the back wall. 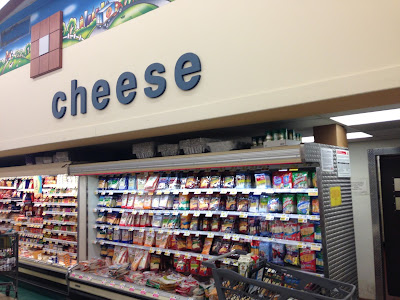 A little farther down there is a section of dairy. 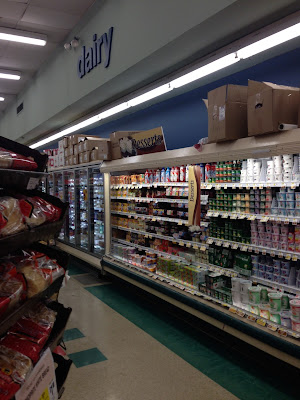 Here is the last aisle with dairy along the far wall. These dairy cases are probably original. 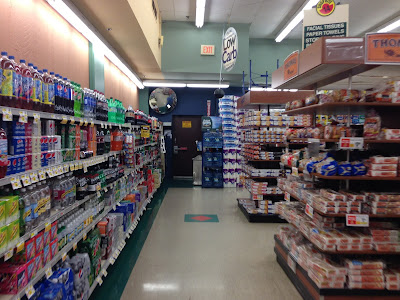 There are 15 aisles total. The wall to the left is the front wall facing the parking lot, and the checkouts are directly behind me. Main St is straight ahead here. 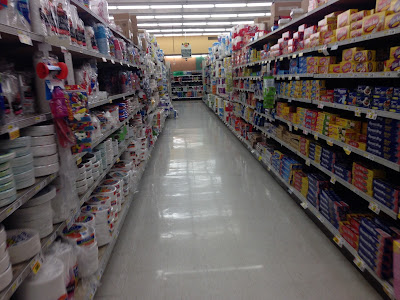 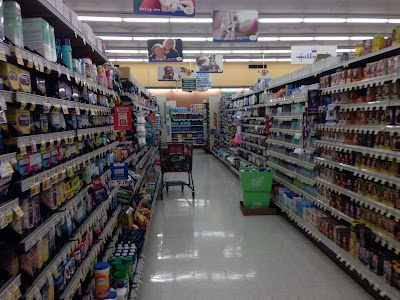 Nothing much to see in the aisles. Standard floor, standard shelving. The shelves have probably been here since opening day in 1976. Notice the large selection of HABA, despite the size and lack of an in-store pharmacy. 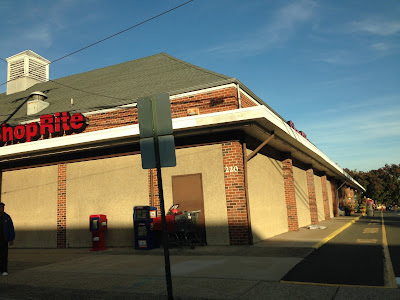 Let's check out some aerial views. 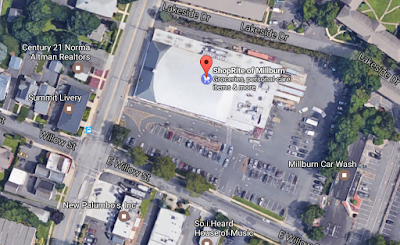 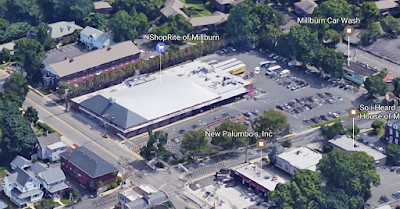 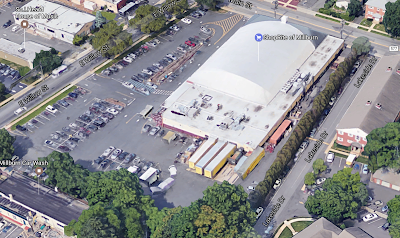 Historic Aerials
Virtually nothing has changed over time. 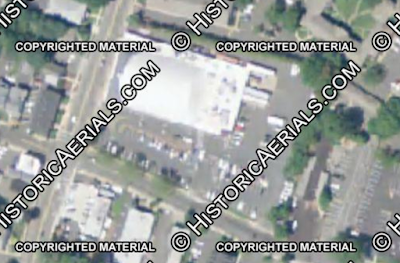 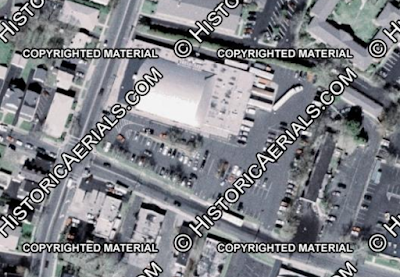 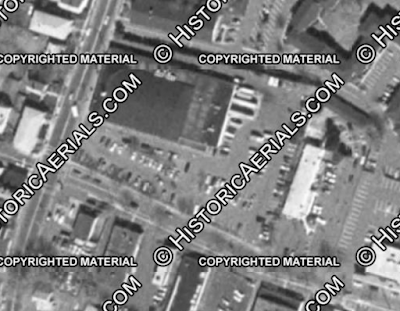 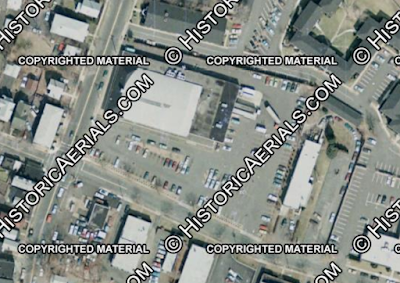 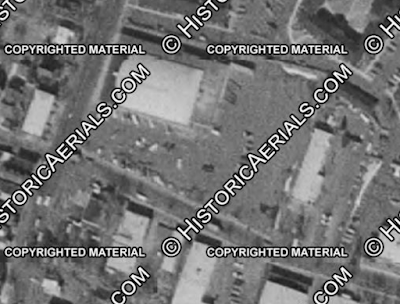 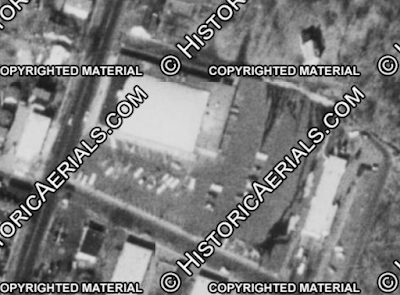 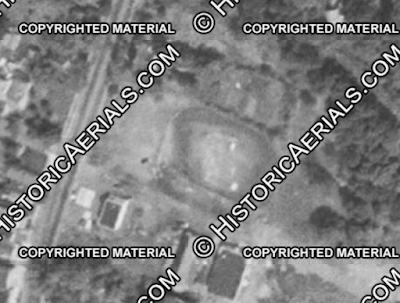 If you're interested in supermarket history, make sure to check out the Millburn ShopRite. It's a little on the dingy side but full of historical artifacts! Given that Millburn is one of the highest-income towns in the state, I'm quite surprised this store hasn't been kept up better than it has.