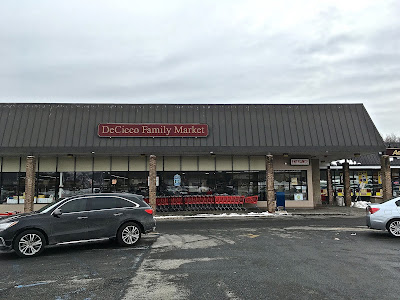 Continuing our former Grand Union trend, here we have DeCicco Family Market in New City, NY. There are actually two branches of the DeCicco chain, both of which operate supermarkets under the Krasdale cooperative in this general area. This one, DeCicco Family Markets, seems to be the generally more old-fashioned side of the operation. Both are very upscale stores (this store happened to be crazy expensive, but I don't know if that's universally true for all their locations). 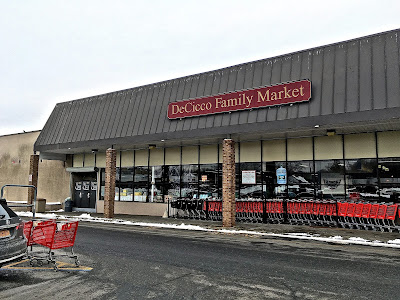 The Grand Union sign would have likely been on the wall to the left of the awning originally. 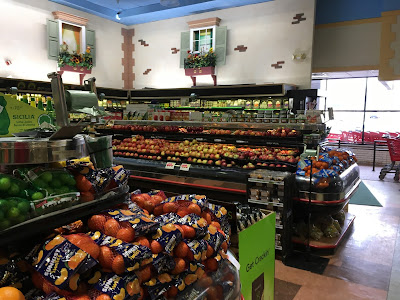 You walk into a small but well-stocked produce department. The fake windows on the walls give the store a kind of friendly but also kind of cheesy feel. 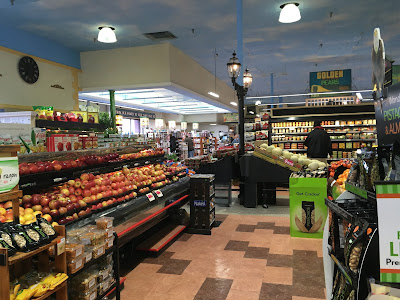 You can see along the front-end here with GU's signature light box over the checkouts. Again, I'm not quite sure whether the "streetlights" are cool or too fake. The same goes for the ceiling painted like the sky with clouds! 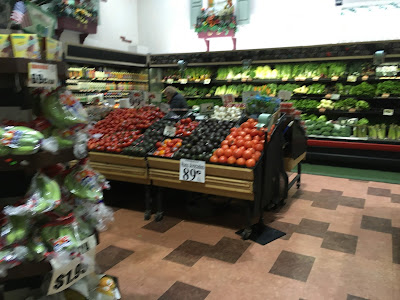 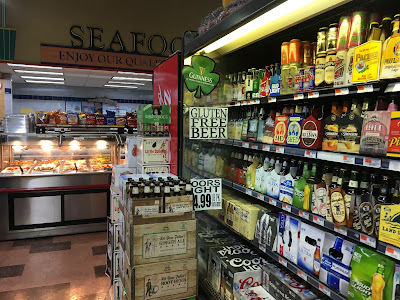 The seafood, deli, and hot food counters are in the back corner behind produce, along with beer. 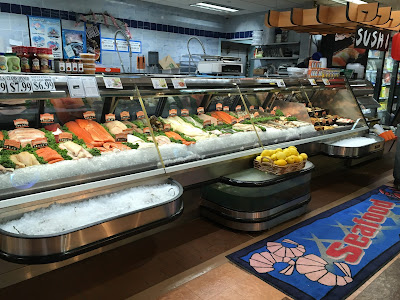 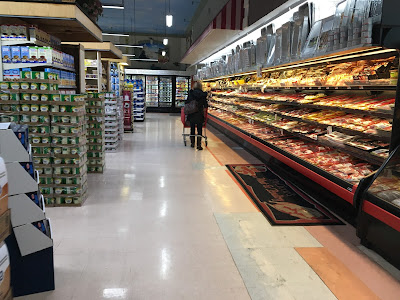 A look along the back aisle with GU's flooring (mostly) intact, and the cases are probably original also. 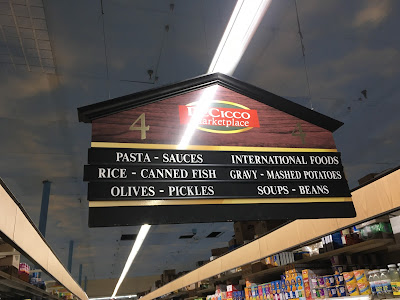 This store was previously branded as a DeCicco Marketplace. 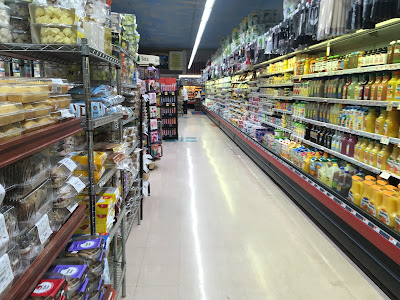 The last aisle has baked goods and dairy, with a nice but small bakery in the front corner of the store.

Coming from Bravo Spring Valley, which isn't far away, it is fascinating to me to see how two different operators - within the same cooperative! - can take two former Grand Unions in two such different directions. Both do what they do very well, although this store's high prices were a turnoff for me.