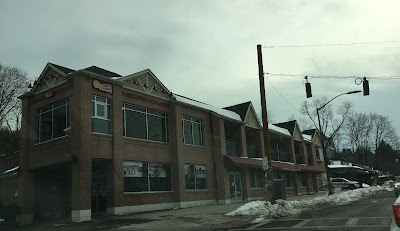 CTown historically has been known as the worst of the worst of the worst as far as urban supermarkets go. However, more recently, a combination of increased effort on the part of Krasdale Foods (the cooperative corporation) and better store operators has really improved CTown as well as all of the other Krasdale stores. I've previously covered the Allentown and Bethlehem stores here, along with the La Placita CTown in Peekskill (don't ask me what happened to the formatting of that post!). I also have pictures of the locations in New Haven (which is very large) and Harlem/Morningside Heights, and a few exterior shots of the Mount Vernon location, on my Flickr page.

Tarrytown isn't your typical CTown location. While most CTowns are located in lower-income, urban, minority neighborhoods, Tarrytown is a small town on the Hudson River just north of New York City that's only 16% Hispanic and middle-class to high income. So that's why it was a surprise to me that as recently as 2008 the CTown still looked like this: 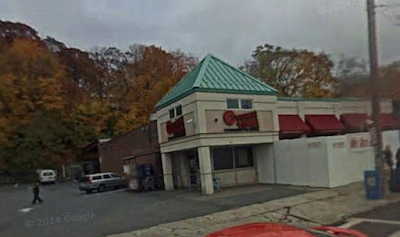 Google Maps Street View.
Beginning around that time, the owners began an enormous renovation of the store inside and outside. I don't think the store ever closed, which is pretty amazing considering in 2013 the same view was: 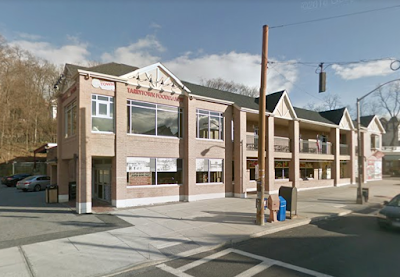 Google Maps Street View.
Yes, a second floor was added to the building! A staircase from immediately past the checkouts brings you to a spacious seating area on the second floor (the big windows under the Tarrytown Foodmarket sign). There is also a deck for outdoor seating on the second floor accessible from this second floor café - and in nice weather, seating on the ground floor under the deck also. As you can tell from the snow on the ground in my photos, I visited this store last winter, so the outdoor seating was not open.

Although the store faces the street, there is a parking lot next to the store. 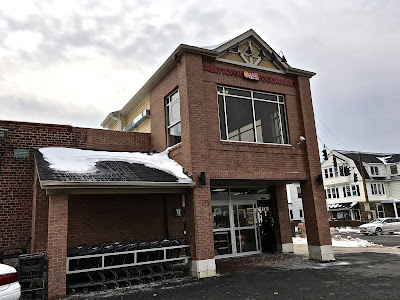 You enter on the parking lot side and turn left immediately to go down the produce aisle with seafood in the back. Checkouts are along the street, with meat along the back wall (farthest from the street), and deli/bakery/hot food in the far front corner. 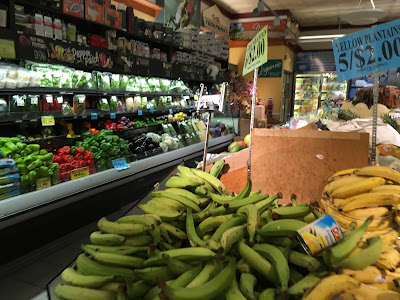 The store is quite small but had an extensive selection, including more organic produce than most stores I regularly shop at. 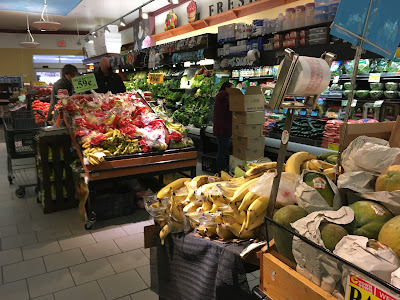 Everything was redone in the 2008/09 remodel, so it's very nice. Hard to believe this is a CTown. 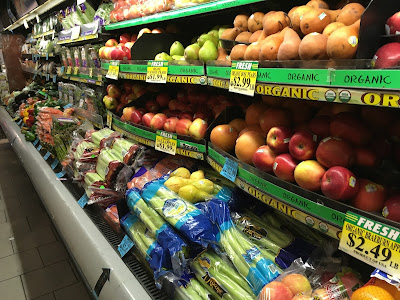 Just one of the many organic cases. Very impressive. 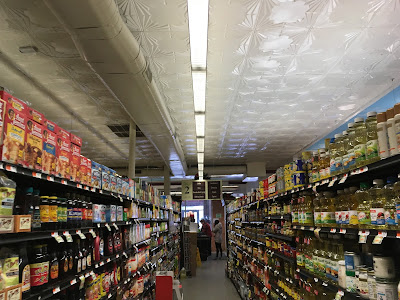 The ceiling may be a reproduction of a real tin ceiling, but it's pretty cool nonetheless. The grocery aisles were very well-stocked but narrow. 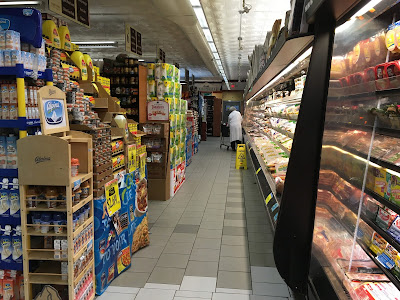 Meat along the back wall, looking towards the first aisle. The seafood counter is about where the man is standing. 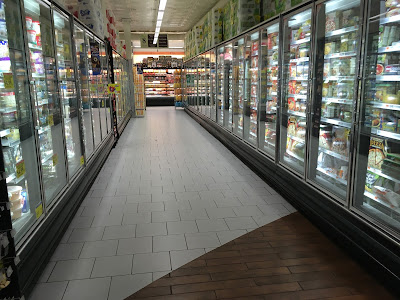 Freezer aisle towards the far side of the store with all-new cases and flooring. 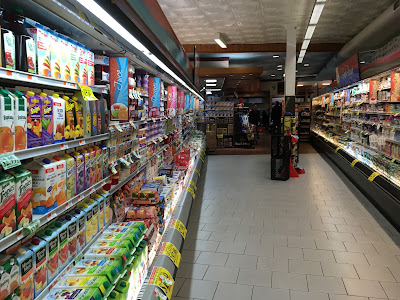 Dairy in the last aisle, looking towards the front of the store. 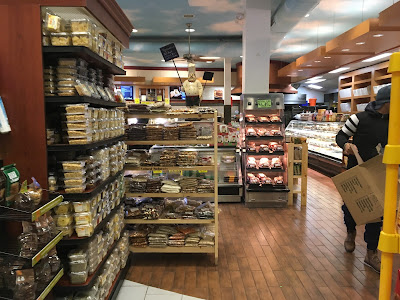 Deli and prepared foods are along the side wall, and bakery is on the front wall. Front wall is to the right here. 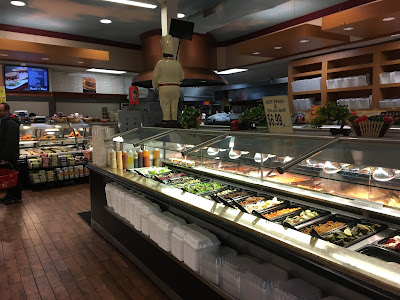 Large hot food and salad bar and more prepared foods at the deli counter...but I doubt they ever have enough people eating in to fill all three seating areas! 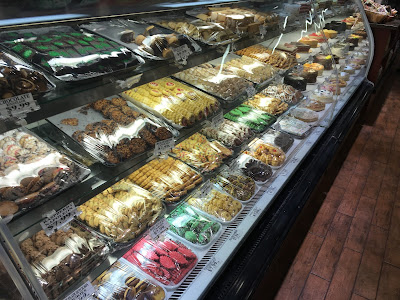 Bakery case. I don't know if they bake in-store here, but probably not. 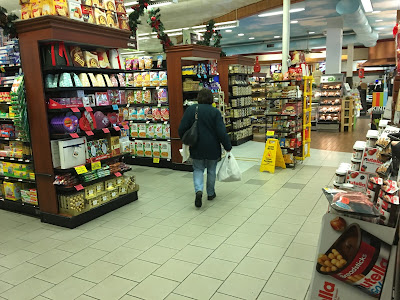 The front-end looking towards deli/bakery. Customer service is to the right in this picture.