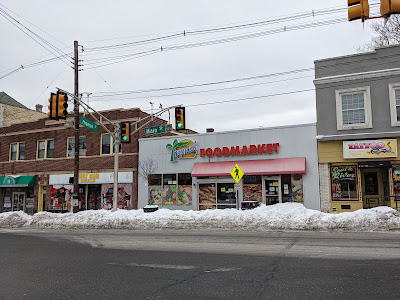 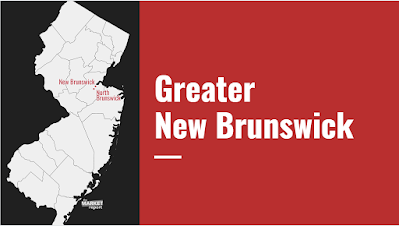 We are now jumping into our next group of stores in the greater New Brunswick area! And oh boy golly gee I should change that graphic because we're not actually going to South Brunswick this time. But we're starting just a bit to the southeast of New Brunswick for downtown South River. There's nothing like a wonderful tiny supermarket in a great small downtown, and this 6400 square foot spot fits the bill. Although the current owners opened up shop in 2005 (and it's likely the store has been a supermarket for many decades), the store was a Bravo until around 2010 when it became a Tropical Supermarket with Retail Grocers Group (Fine Fare). Around 2017 or so, Tropical switched its seven or so stores over to Key Food, strengthening Key Food's presence in the NJ market. 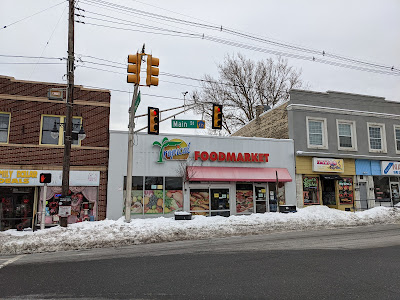 The Tropical stores are some of the best-run small stores in NJ, as I'm always impressed with how well they're maintained and their selection in such limited spaces. This one is located, as we see, right on Main Street in South River, but there's a parking lot tucked away in the back on a residential street. The property is soon to be developed with a multi-story building, but the supermarket will remain. 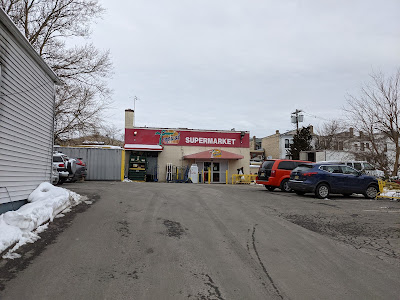 Here's a look at the rear entrance of the store. Now if you zoom in and look very carefully, you can actually see the outline of the older Bravo sign to the left of the Tropical logo. We're going to tour the store from the back entrance, with dairy and frozen in the first aisle on the left side. A service butcher and deli lines the back wall, with produce and meat in the last aisle on the right side. (Kind of flipped from how we usually see it, but they list the dairy/frozen aisle as aisle 1.) I think there are four, maybe five aisles in total. 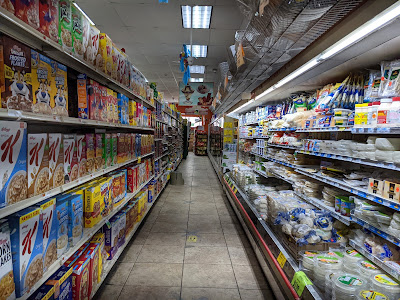 These pictures were taken with my new Google Pixel 4A. A fantastic phone with an amazing camera -- except for the fact that in some types of lighting, it exaggerates the difference between light and dark (as seen here). So those strips of darkness on the floor are really not visible at all when you're in the store. And here we can see dairy in the back and frozen in the front in aisle 1. 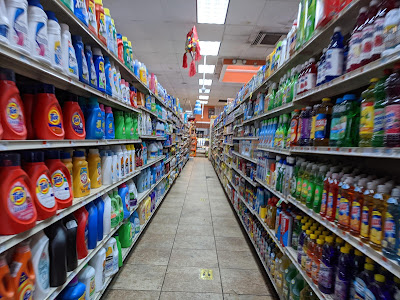 Some very cool skylights in the middle of the store. Random but awesome. As we can see in this aisle, the store is absolutely pristine and beautifully stocked. 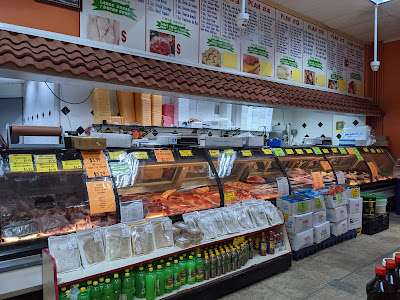 The butcher/deli counter takes up the whole back wall. 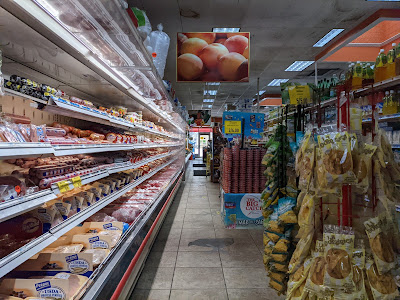 Packaged meats are in the back of the last aisle here, with produce in the front half. 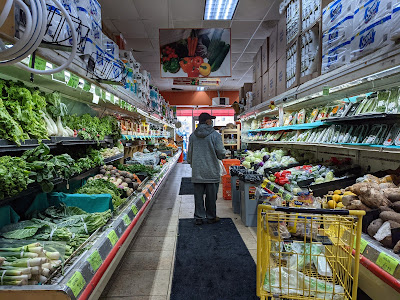 I want to take a second to talk about the produce. First off, this is a very, very good selection for a small space. In many small stores, not only is the selection sacrificed, but the quality is subpar because of low turnover rates. I don't know what their sales volume is like here, but the produce all looked beautiful. I've bought produce at other Tropical Supermarkets (not this one) and it was excellent quality. These are all good signs -- South River is not an impoverished community, but small downtown markets like these sometimes are the only source of food for people who don't drive to Parlin for the ShopRite or Milltown for the ACME, for instance, or perhaps seniors who need to stay local for transportation reasons. It's always heartening to see very high quality fresh products in stores like this for that reason. 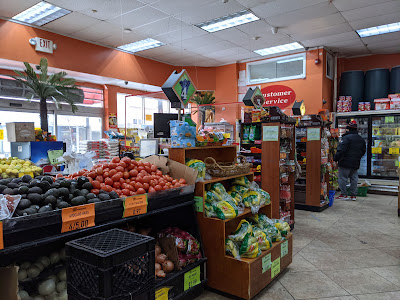 Wrapping up with a look at more produce in the front corner and the four registers. There's also a small customer service counter and office in the front corner here -- I would be fascinated to know what the inside of that office looks like. As I mentioned, this store has likely been a grocery store for many decades at this point but I do know it wasn't an ACME because we know they had a store just across the street which is today's post on Grocery Archaeology. Tomorrow we have another store just to the west here on The Market Report, so stay tuned for that!