It just so happened that coming back from a trip to Beacon, NY, where I visited the Key Food Marketplace, I stopped in the city of Peekskill, NY. Directly across the street from the parking garage where I parked was a small storefront that was under construction and looked fairly normal. Of course my supermarket-detecting radar was turned on and alerted me based on the sale posters in the windows! 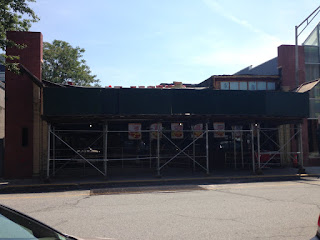 No, La Placita doesn't look like much from the outside. To be fair, the scaffolding covering the storefront disguises the building. Before the renovation began, La Placita looked like your standard less-than-impressive urban supermarket.

The mural to the right is a nice touch, but not too impressive otherwise.  I do like the trim around the door and windows, but the rest of the building really looks pretty rundown. Fast-forward to summer 2016... 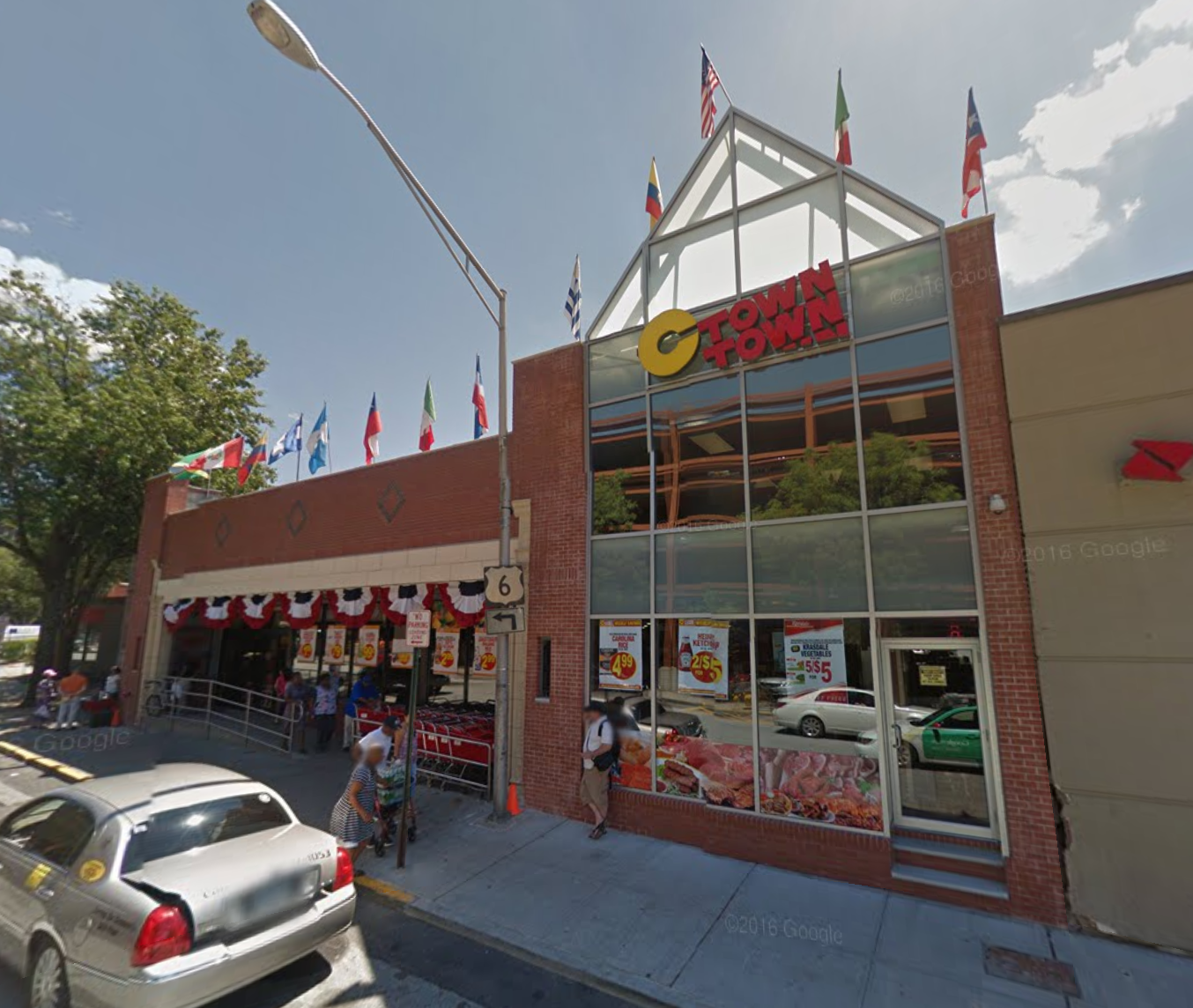 Image from Google Maps, 2016 Street View.
What a change!  The "La Placita Market" sign over the windows to the left has not yet been put up in this picture. This seems to be a trend among CTown supermarkets, that more and more are renovating and starting to look really nice. There are, of course, and always will be, those stores like the Orange, NJ CTown... Image from Google Maps.
...but these are beginning to seem like the exception, not the rule, as the store traditionally known as the lowest rung on the supermarket ladder slowly gets better as a unit.

Back to La Placita! In we go: 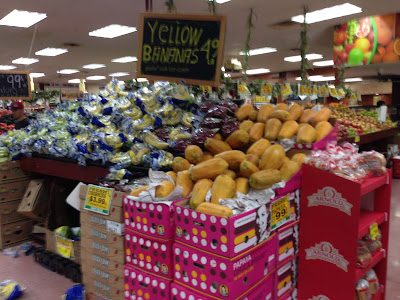 We are greeted by a fairly large, bright, and well-lit produce section. The checkouts are to our right, with deli/bakery/hot food to the far right, meat and seafood along the back wall, and grocery aisles to our left in the picture below. 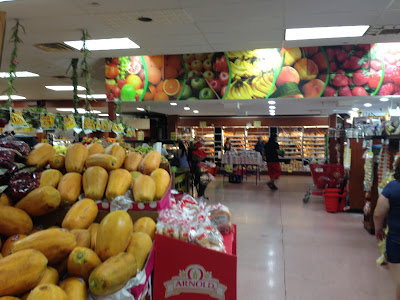 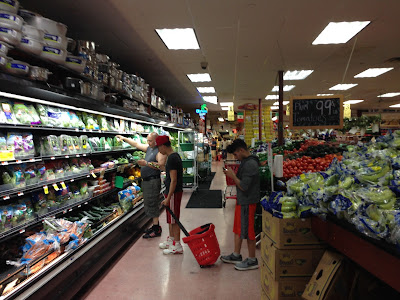 Looking towards the back of the store from the entrance. There is a small liquor section in the first aisle here. 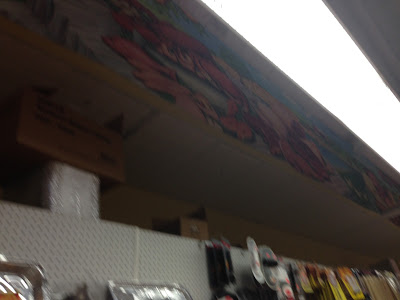 Along the top of the wall in the back of the store is a very nice mural that runs along part of the two side walls and the back wall. 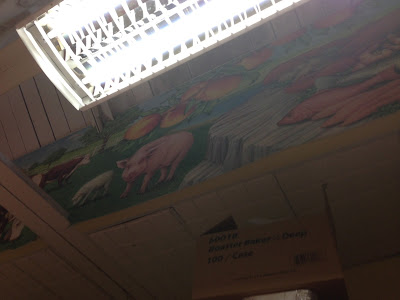 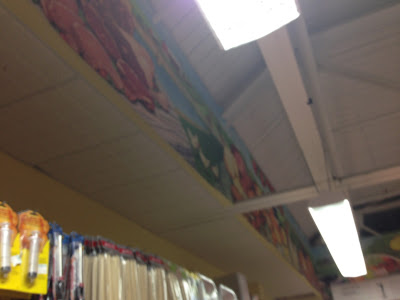 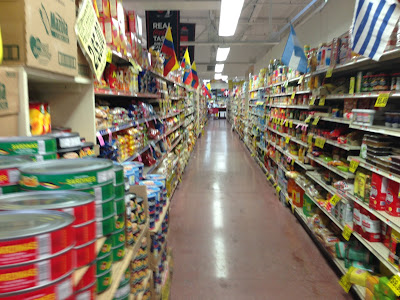 Looking towards the front of the store from the back, in the second aisle. This store has maybe six aisles total. 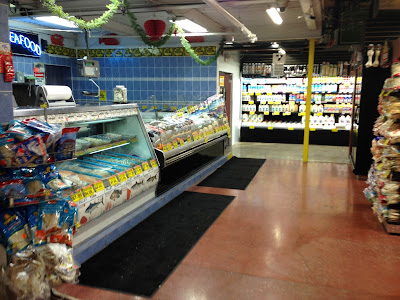 The seafood counter in the back. The meat counter is behind me to my left here. 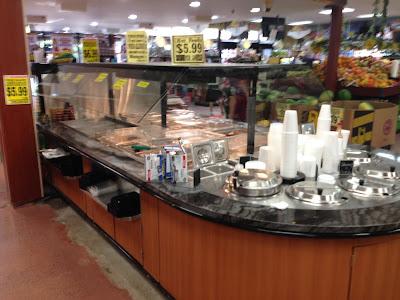 A newly-installed hot food and soup bar in the front, near the produce department. 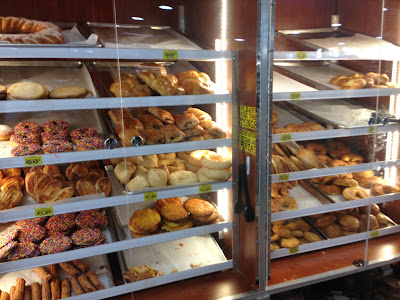 Although this store is too small to have an in-store bakery, it does have quite a large selection of baked goods brought in from local bakeries. I was here pretty late in the day, so selections were kind of limited.
In center city Peekskill, La Placita is the main supermarket, with a larger Key Food Marketplace - a former A&P - on the outskirts of town. There are also numerous small grocery stores such as the Royal Fresh Market, which are very small but sell very specific items. 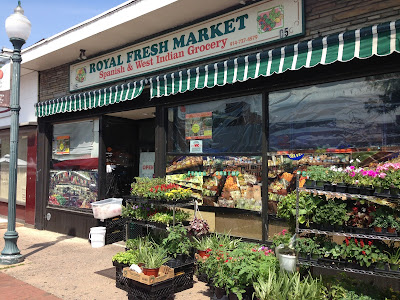 La Placita is an interesting, diverse, and vibrant ethnic supermarket in the center of Peekskill. It's a little cramped - and not "polished" - but definitely a good store.