Just take a minute and let it sink in. So at first glance, they took the Superfresh logo, got rid of the s-in-a-circle design, split it in half, and added their own Food World logo. But no! Compare their lettering in "Superfresh" to the official Superfresh logo from the Key Food website:

Image from keyfood.com.
Upon closer inspection, we see that the lettering is different. Compare the e's, for instance. Close but not the same! Now let's focus on the Food World logo in the center. Random palm trees off-center? Check. Black-and-white globe clip art? Check. Unreadable script? Check. Wings growing out of the word "Food"? Check. It sure looks like this logo was put together in Microsoft Publisher with a bunch of clip art. But enough criticism! Let's take a more cheerful look at the store itself, which is actually quite good.

When I visited in May, the day after they opened (they opened on May 6), the exterior renovations the landlord was planning had not yet begun. The store was still in progress. The monument sign, for instance, still had the A&P shape and a banner over it: 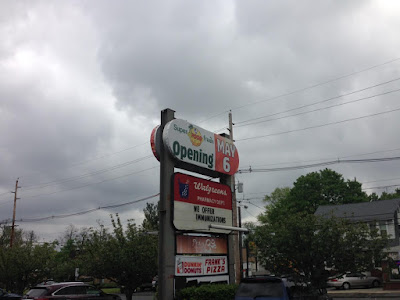 This has since been replaced by a new monument sign that is much more attractive. Now for a look at the facade. Up until around 2010, the facade was pretty straightforward,
with a dark grey A&P FOODMARKET awning across the entire storefront.

Image from AFI Management Company.
Some time around 2010, when the company began using the simplified logo, the awning was removed and a simple A&P logo was put up. While it had the potential to look modern and minimalistic, it instead looked temporary: 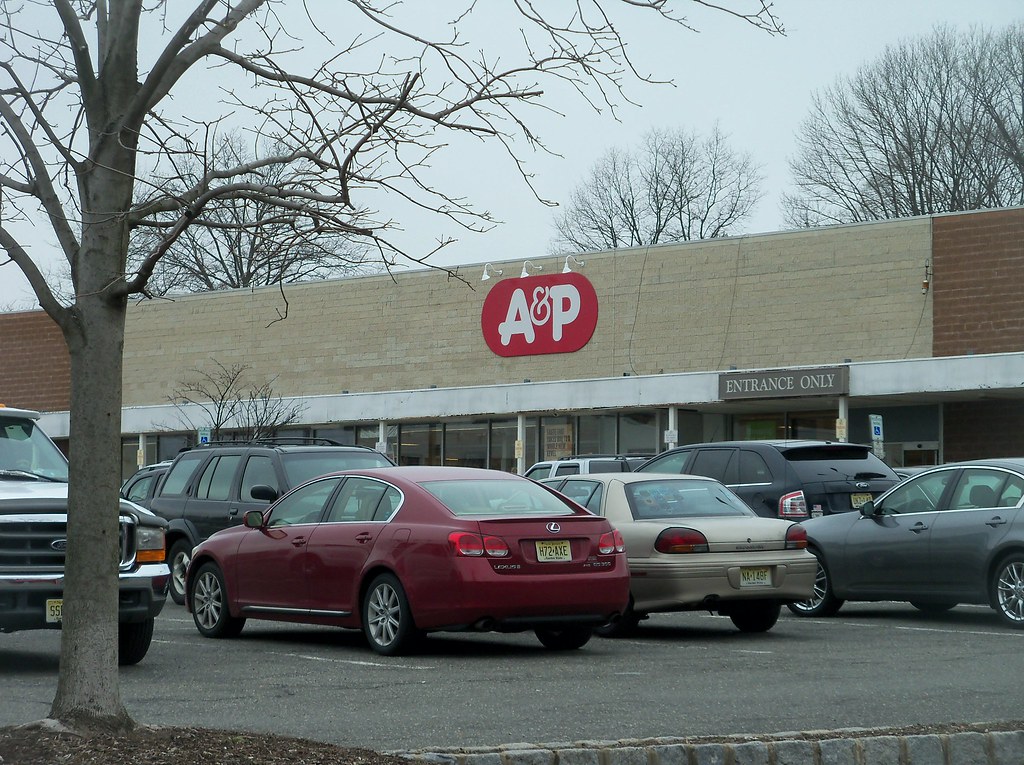 Image from JoshAustin610's Flickr Photostream, which has pictures of just about every grocery, department, and drug store you can imagine in the NJ-NY-PA area!

Remember, I was here the second day the store was operating, so a permanent sign had not been put up yet for Superfresh Food World. Instead a banner was placed, slightly off-center, with the logo. 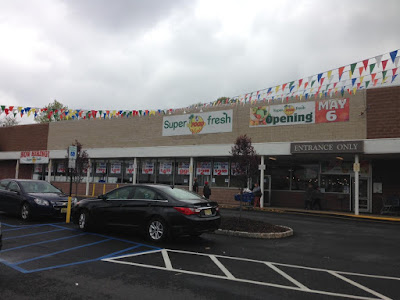 The new facade renovation has been completed, and at least the store is very attractive, if the logo is awful:

Image from Urstadt Biddle Properties.
The blank storefront to the right of SFFW is a Walgreens whose sign had not yet been put up. Let's head inside. Immediately inside to your right is an oversized, stylized version of the Superfresh logo (sans Food World), which is pretty cool: 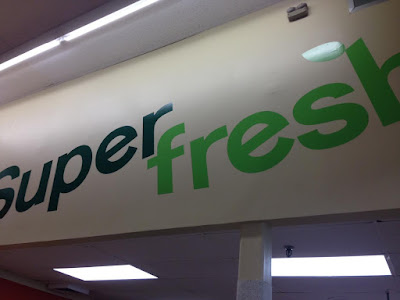 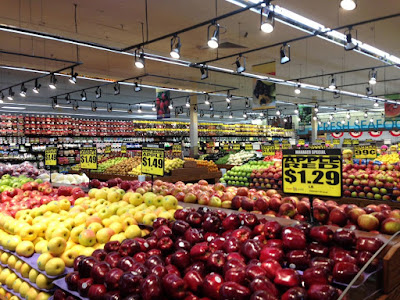 The produce department is extremely large and has a huge selection of international produce as well as staples. The meat department runs along the right-side wall, to my right here, and seafood is in the back of the grand aisle. 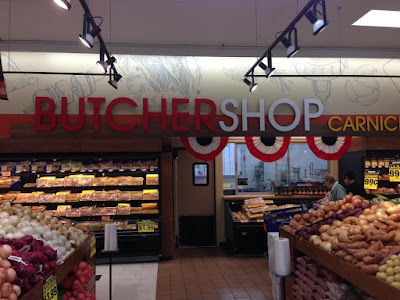 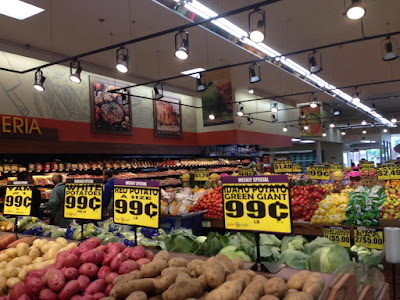 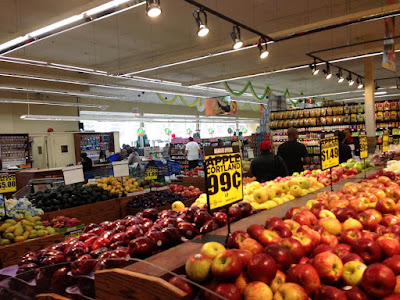 The track lighting above the produce cases is new, as are the cases. The floor, which is in pretty bad shape, is not. Continuing towards the back of the store, we see the seafood department: 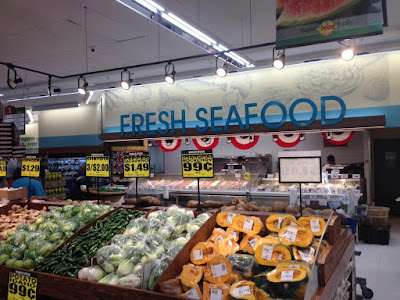 The graphics on the walls behind the lettering are really cool, and so are the backlit lettering and the fake wood bar that holds the letters. It's a very refined look that doesn't make the store seem too cheap, or too upscale. 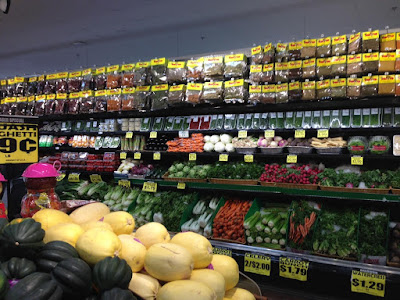 Not an inch of space is put to waste here! The bags hanging above the produce cases are spices and dried herbs.

Continuing around the store, dairy cases run along the back wall past seafood. 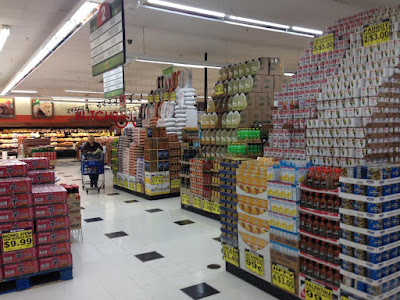 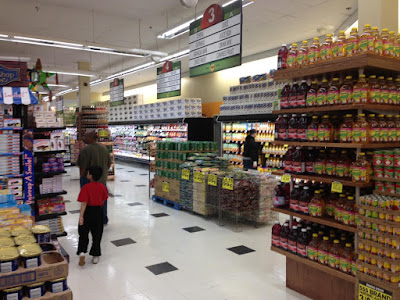 The last aisle is frozen foods. There are 11 aisles in total. As the name implies, this store's specialty is ethnic foods, and there is quite a variety of them. 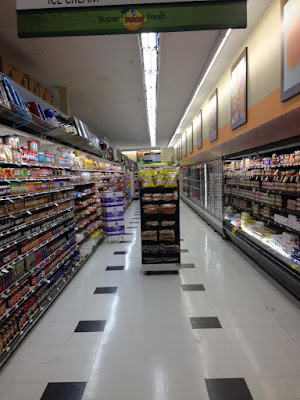 In the front corner, there is a small bakery department and a deli/prepared foods counter, which also sells hot food and sushi. 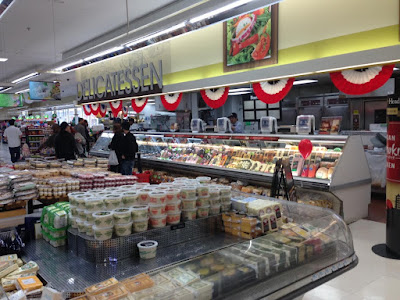 You can see they were not quite fully stocked on everything when I visited. The bakery is to my right here and the checkouts are where you can see the windows to the left. 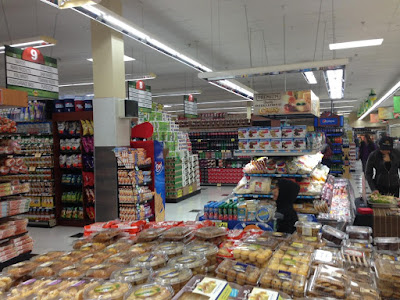 Like many of these urban/ethnic stores, the bakery department relies heavily on products brought in from commercial bakeries elsewhere, but it appears that this store also has its own in-store bakery. 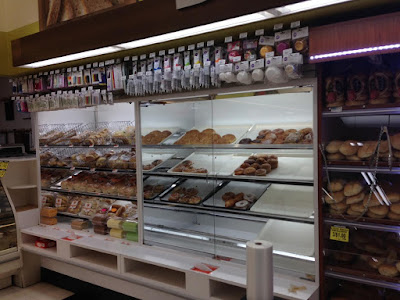 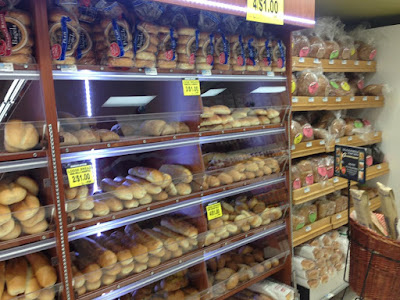 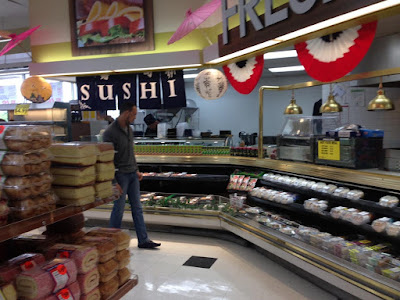 We continue along to the front-end and checkouts to exit... 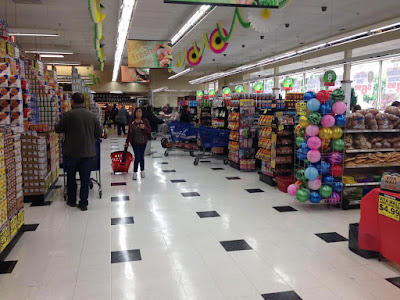 When I visited, the store was still using a combination of old Pathmark and A&P carts: 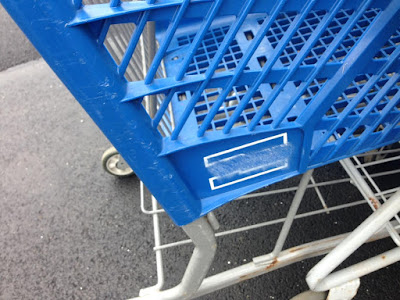 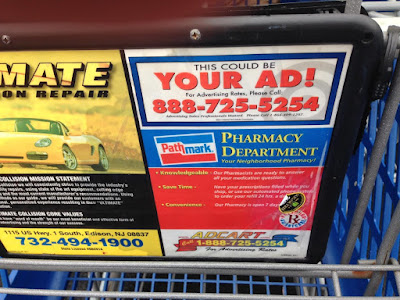 My guess is that these carts came from the old Montclair Pathmark, which was not bought by a supermarket operator in the bankruptcy auction. I've heard that they have gotten new carts since.

Superfresh Food World is a cool store but the logo is pretty horrible. Stay tuned for coverage of their second location in Belleville, NJ!