Bethlehem, PA has an appeal to most people. Some like its historic, "small-town" downtown area (definitely a nice downtown). Some like the city-within-a-city of South Bethlehem. Others go for the Sands Casino. It's pretty safe to say that few visit Bethlehem for its supermarkets. And you certainly wouldn't visit it for its Ahart's. But within walking distance of Ahart's is another CTown, opened ca. 2012 in the former Supermercado Mi Tierra, the original Latin supermarket of the Lehigh Valley. (Click on the name for an interesting article about the store's closing and history.)

Once again shattering the traditional perception of CTown as dirty, rundown, and overpriced, this CTown is quite beautiful and generally a good store. To get an idea of the layout, take a look at this interior tour on Google Maps. Have an idea of how the store is laid out? Now let's take a look at my own pictures. You'll notice some changes since that tour.

The store is located on 3rd St, with a small parking lot on the side. The entrance and exit open onto the sidewalk. It's a very urban store. 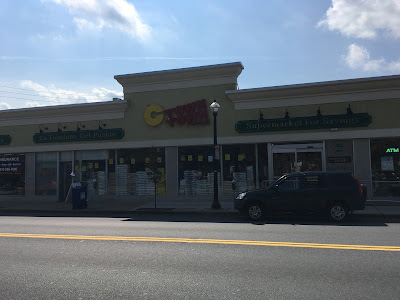 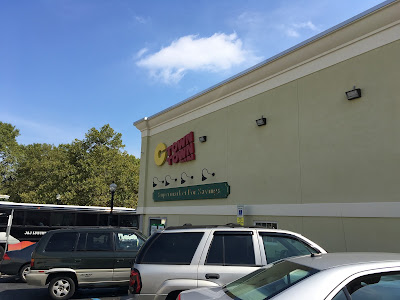 The above picture shows the side of the store facing the parking lot. The tour bus in the background is, of course, going to the Sands Casino which, like Ahart's, is within walking distance of this store. It is, however, in the opposite direction from Ahart's. Heading inside, there is once again a compact but well-stocked produce department. Unlike the Allentown store, the right-side wall of the store is lined with service departments, and there is a small seating area in the front-right corner (where the bottled water is stacked in the virtual tour). 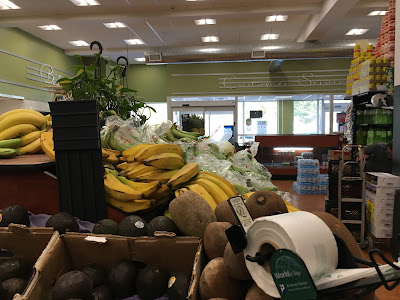 As you saw in the tour, there is a deli/bakery/hot food counter to my right here. I'm not sure exactly what it was, but they were cooking something behind the counter, as it was right before lunchtime that I visited this store. It smelled so good! (Then we went to Ahart's, which smelled like rotting meat.) Unfortunately, as you can see in the above picture, the seafood department is closed, and is used as a display of bottled water instead. It's an awfully short run for a seafood department in such a new store. Continuing around the store, the meat department runs along the back wall of the store. 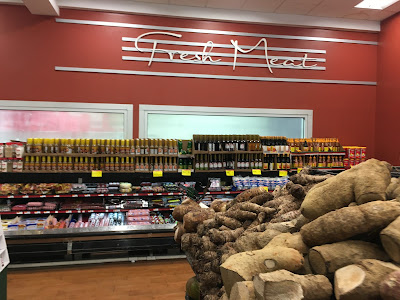 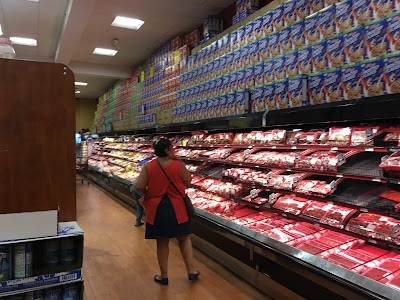 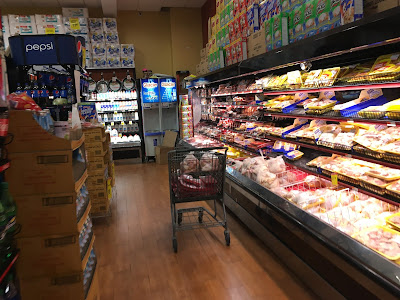 The dairy department is along the last aisle. Notice once again the nice, new floors, cases, and shelving. 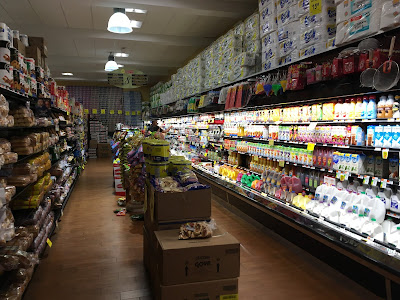 And of course, the ubiquitous "WALL OF VALUES" along the front wall with every canned good known to man stacked literally to the ceiling... 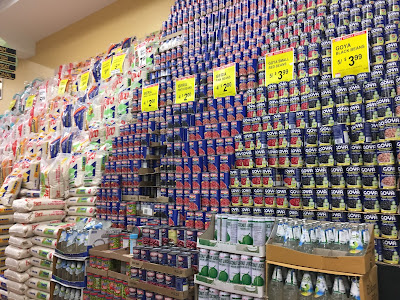 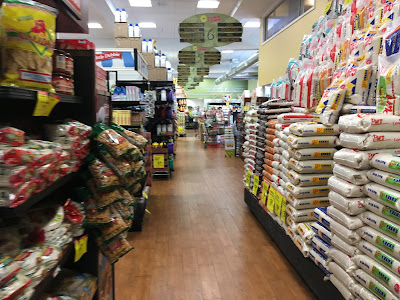 As you can see, the store is very small, as the far green wall is the other side of the store. However, it's an even nicer store than the Allentown location, and seems to do a very good business.