Pittsburgh, PA is a large city but has surprisingly few supermarkets. The Oakland neighborhood (where I stayed on a recent trip to Pittsburgh), for instance, has a bustling main street -- Forbes Ave -- with plenty of shopping but no grocery stores! Of course, the Market on Forbes IGA opened in 2008 but closed very recently in April 2017. The sign is intact, though, and I remember seeing it in business on a prior trip to Pittsburgh although I didn't go in. 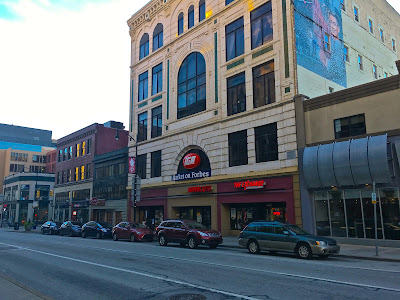 I believe that the supermarket was actually on the second floor of this building. 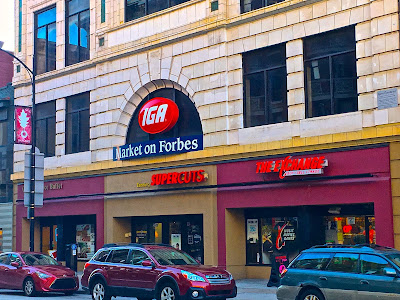 It's a cool building and I like the way the IGA logo fits into the arch of the facade. 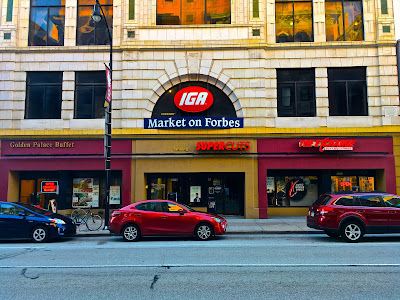 This is a pretty good head-on shot from sunset time. 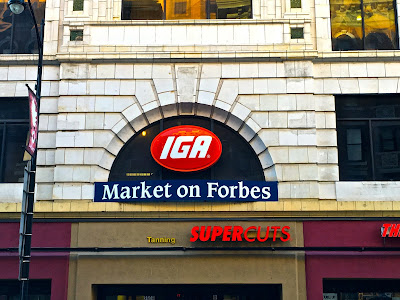 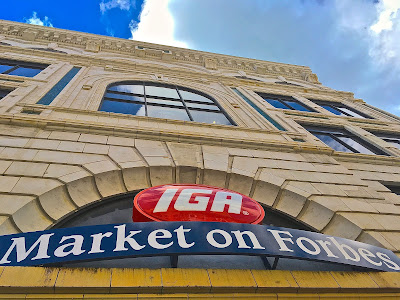 After an (unexpectedly) long walking tour of Pittsburgh, I can say that much of the city must be food deserts. There are large, obviously lower-income, neighborhoods with only corner bodegas and convenience stores for food shopping. I wonder if there's any market for some of our small urban stores like Key Food or C-Town out there.