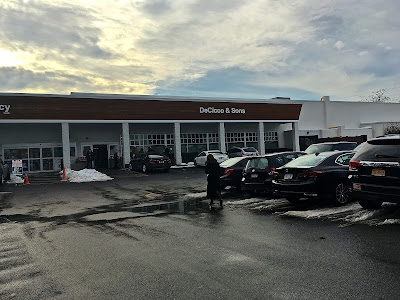 Yes, the tasteful, minimal facade clearly conveys the store's upscale positioning. This is a newly-opened supermarket in about half of what actually used to be a Guitar Center. The space is now split between DeCicco & Sons (whose sister store, DeCicco Family Markets, we saw in New City back in June) and a pharmacy. Produce, seafood, and meat actually line the front wall here with checkouts along the left side wall and deli/bakery/cheese/prepared foods on the back wall. 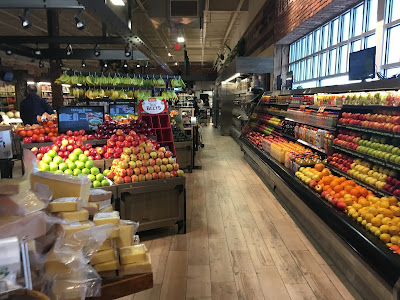 If this isn't upscale I don't know what is. What I did like is that the prices were actually fairly reasonable, likely due to the store's affiliation with Krasdale. The floors, displays, fixtures, wall graphics...everything is so well done. 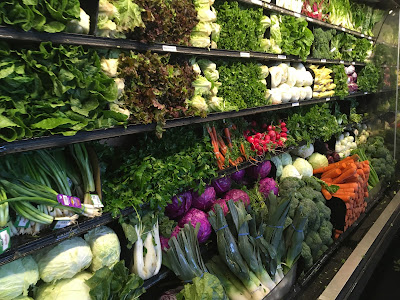 You almost don't want to take one because the displays are done so beautifully! 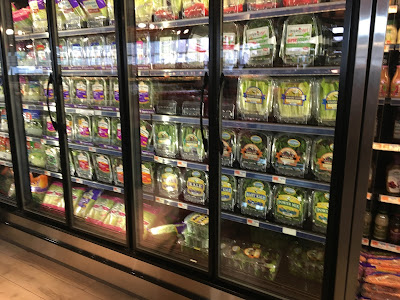 This was a new one for me...produce cases with doors on them. 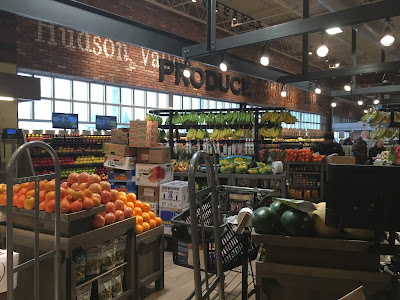 Not far from what's in the Foodtown in Valley Cottage. 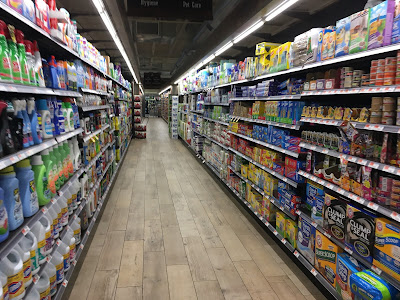 The aisles, which run parallel to the front of the store, are in two sets with a center aisle (going from front to back) dividing the two. There's a pretty good selection of basics and high-end groceries in almost every department. 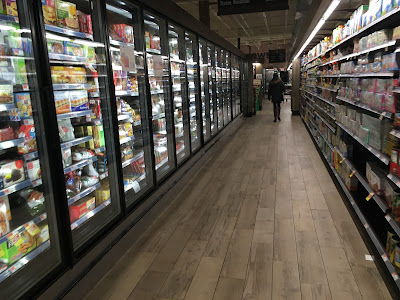 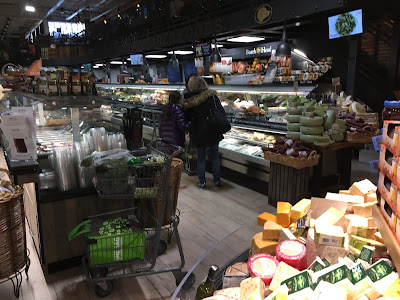 Large gourmet deli and cheese counter in the last aisle, with a bakery to the left above. 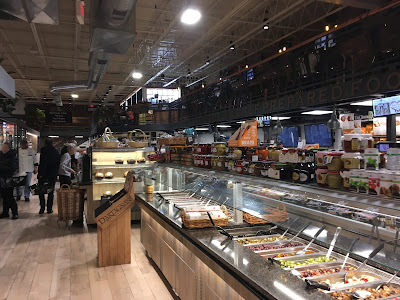 Yes, in case you were wondering, there IS a seating area (and bar!) on the second floor. So, we're...

Heading up to the second-floor seating area and bar gives us a great view of the entire store, like a second-floor manager's office must (although I've never been in one). 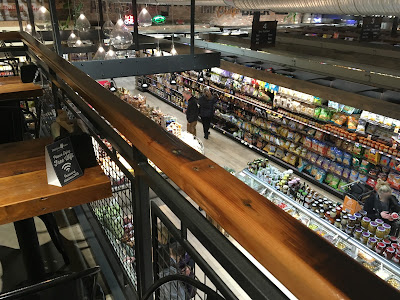 The last aisle. Deli is directly under me here. 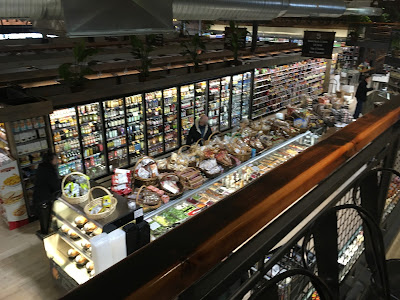 The entrance is in the corner directly opposite me here. 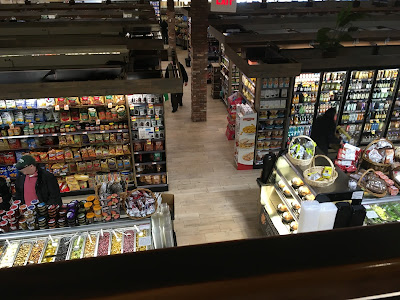 Looking towards produce down the first aisle. 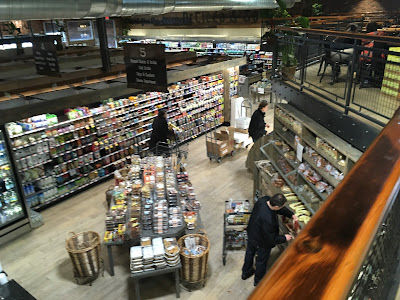 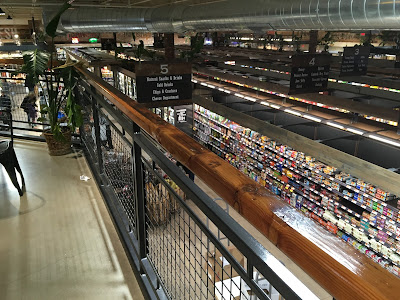 Looking back towards the back (really side) wall. 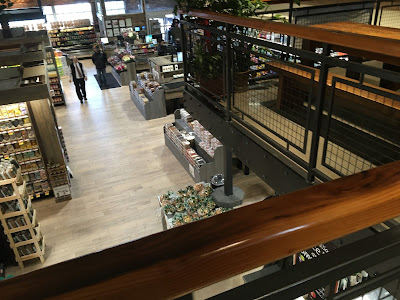 View along the front-end towards entrance/exit and produce.

The Larchmont DeCicco's is a beautiful store with really interesting selections, but in reality, it's just not feasible for large shopping. Nevertheless it's kind of a tourist destination for people looking for a unique gourmet store!