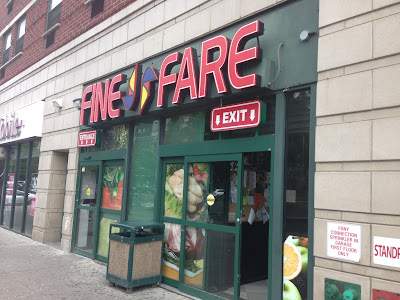 We're back in Harlem for today's store tour! 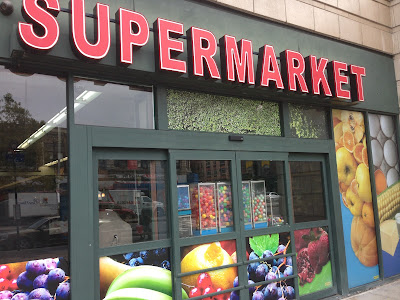 What looks like a former exit door is now covered over (to the right of the entrance/exit door). For an idea of the layout, checkouts line the front wall. There is then an enormous concourse before the produce department. Aisles run parallel to the storefront with meat on the back wall. 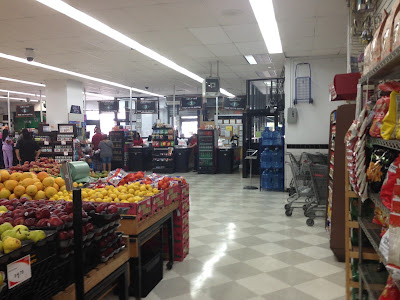 The deli/bakery is just out of frame to the left. 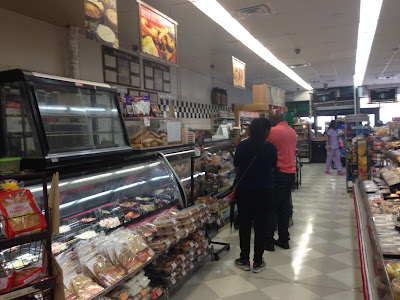 The deli/bakery also includes a bakery counter with hot bread, which is a very nice touch we rarely see in stores. 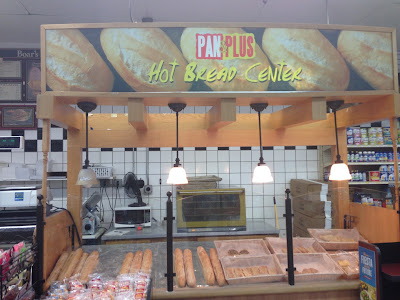 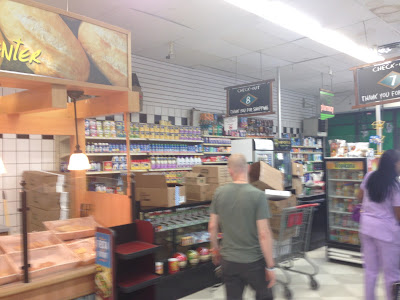 Oddly, the customer service counter is right next to the bread counter. It feels like the bread station was a much later addition as it doesn't exactly fit in with the rest of the store. 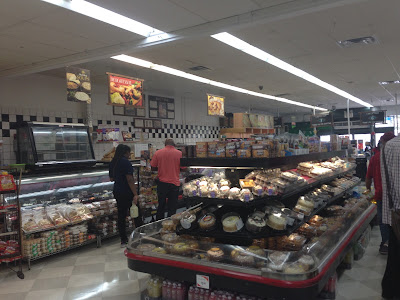 Bakery and cheese in an island next to the deli, with produce just next to it. 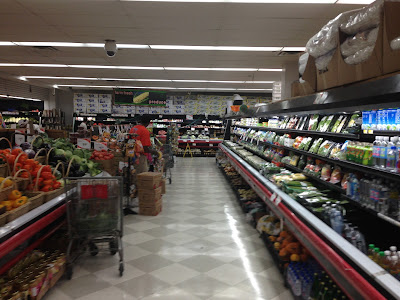 While the produce seemed to be alright for the most part, there was some confusing signage. 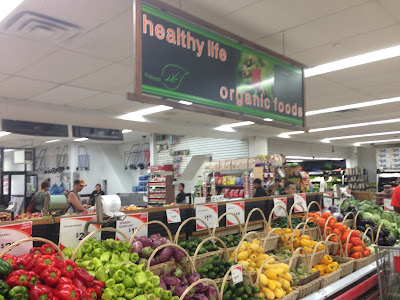 Yep, no organic selection here. But sure, let's have that healthy life! 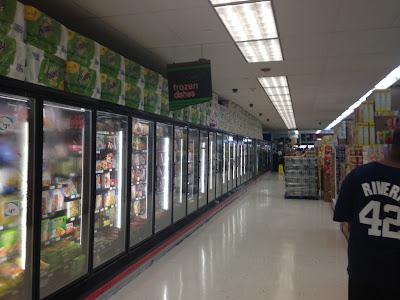 Frozen foods run along the right side of the store (the deli side, not the entrance side). As you can see, the store is quite spacious. 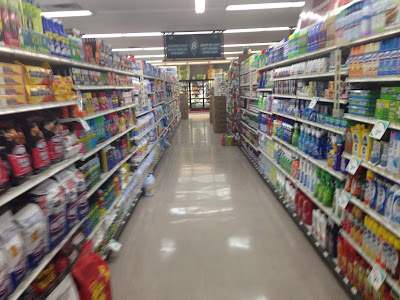 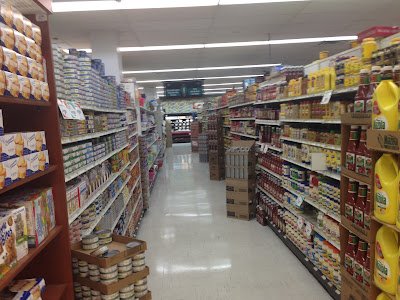 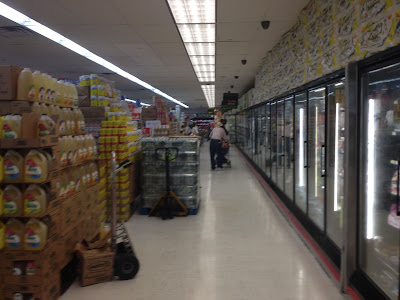 Back to frozen on the far side of the store. The back (last) aisle was dairy and meats. 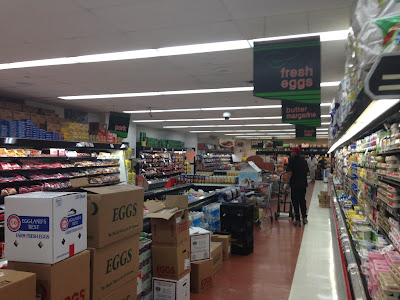 The decor is quite uniform, if somewhat unattractive. The store feels enormous, and there's plenty more space that is not particularly well utilized. Still seems like a decent store though, although (as we'll see in a little while) I like the Fine Fare stores in the Bronx a lot better than this one.