Former Supermarket of the Month!

Welcome to a new feature here at NJ Supermarkets! Each Saturday, I'll have a Something of the Month post. This is just a quick look at something I found interesting, and isn't content I've created. It also means there's something new every day except Sunday...


And I have a new feature for Sunday coming soon!

This week, we're taking a look at a former supermarket, a Supermarkets General-owned ShopRite-turned-Pathmark at 6 South Ave E in Cranford, NJ. At some point in the 1980s (?) the Pathmark moved down the street to 10 South Ave, Garwood, NJ, which later became The Food Emporium and Superfresh. 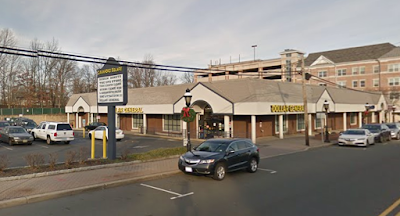 This older location became a Drug Fair which in turn was bought by Dollar General when Drug Fair went under. Google street view, 2016.