I don't know why people hate CTown so much. I think most of it is CTown's historical reputation, but I've found every CTown I've visited to be really good. Clean, well-stocked, bright, and good prices. This one was no exception... 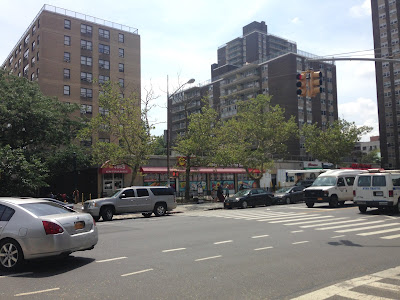 Alphabet City is a neighborhood of Manhattan, just southeast of Stuyvesant Town. Historically Alphabet City was one of the worst neighborhoods of the City, but as always, gentrification is spreading through. Clearly gentrification has its benefits and disadvantages, but I was actually very happy to find this CTown a holdover from pre-gentrification Alphabet City. That means very Latin selections, Spanish-speaking employees, great produce, and low prices. 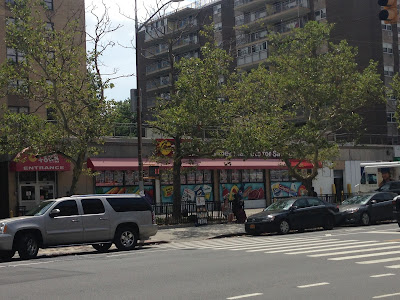 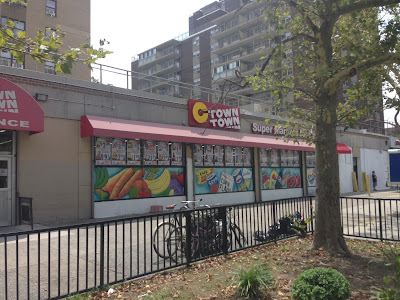 There's something about a CTown that makes you feel welcome as soon as you walk in. I don't know what it is, and I doubt it's a conscious effort among all of the CTown owners, but I just immediately feel comfortable in a CTown, the way Associated Supermarkets feel somewhat hostile to me. 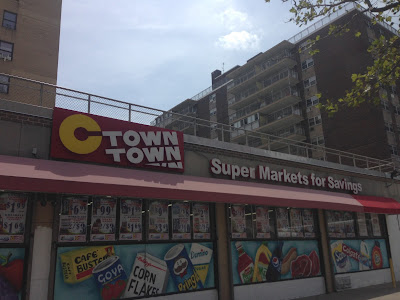 Produce lines this wall with checkouts along the side. The store does go way back, so it's pretty large, but there's no service departments (no deli, no meat, no seafood, no hot food). 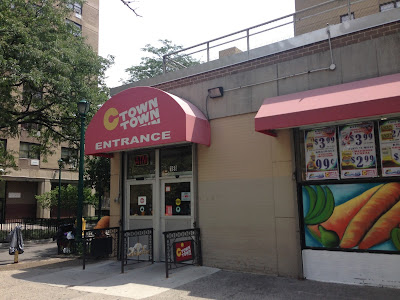 Let's hope this store isn't another victim of gentrification. I think at least some of the apartments surrounding this store are public housing, so there might be hope for this store. (I know that's a weird way to look at it!)