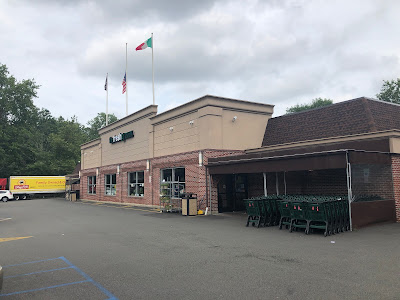 We saw this store yesterday with pictures from back in the spring of 2019 when it was still a Foodtown. I got back to the store over the summer of 2020 to document the conversion to The Fresh Grocer, which we also saw in Washington and North Haledon and which we'll see again soon in Colonia. I gave some background on the store on yesterday's post, so I won't go into too much detail. The store has seen virtually no significant changes with the conversion, other than a new sign on the front (which is disappointingly bad, by the way; I don't know why Nicholas Markets isn't using the standard logo), and a different storebrand inside. 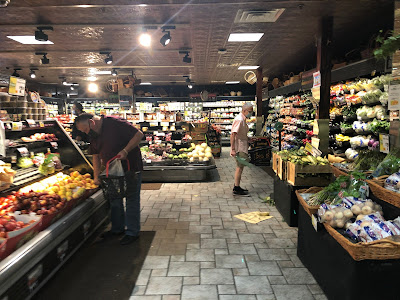 We find a beautiful but very small produce department in the front corner of the store. The selection here is surprisingly wide despite the store's small size. 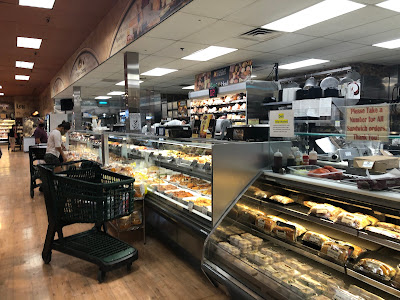 Prepared foods and seafood line the right side wall of the grand aisle, with bakery on the left side in an island. The bakery is one of the store's strongest features. 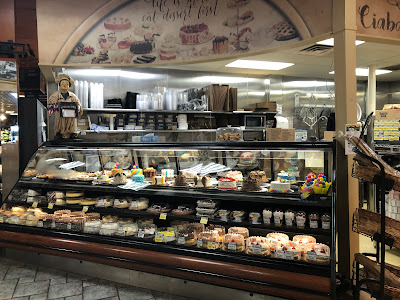 The service counter is on an angle, diagonally facing the produce department. The rest of the selection lines the wall to the right here. Facing the service bakery are coffee and sushi departments in what really looks like a former customer service counter. 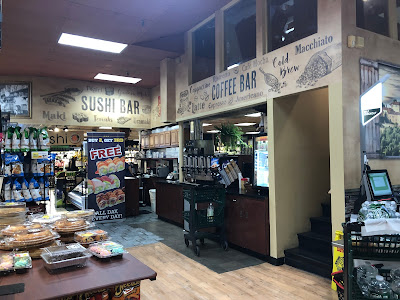 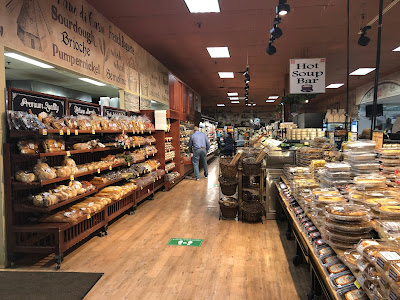 You can see the rest of the vast bakery department lining the middle of the grand aisle. 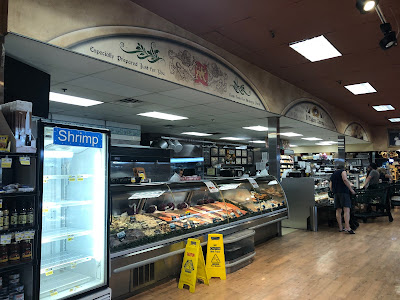 A nice seafood department for a very small store takes up the back corner of the grand aisle -- except oddly, there was no shrimp. Weird. 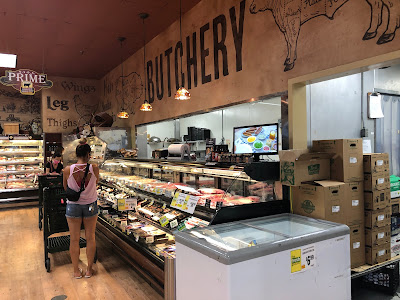 Beautiful butcher at the back of the first aisle! Packaged meats take up the alcove in the corner here, and the rest of the back wall is beverages and some frozen foods. 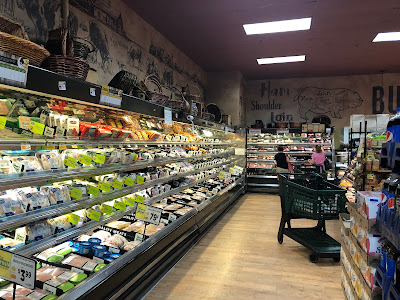 Looking towards the first aisle... 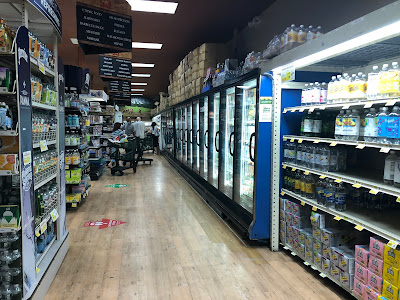 ...and towards the last aisle. As you can see, there's no extra space here. It's a small store that's absolutely packed with selection. 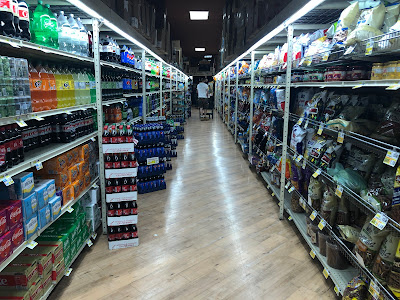 The grocery aisles look a bit disorganized but that's only because the store was packed in the early evening on a Friday. Clearly this is a popular place! 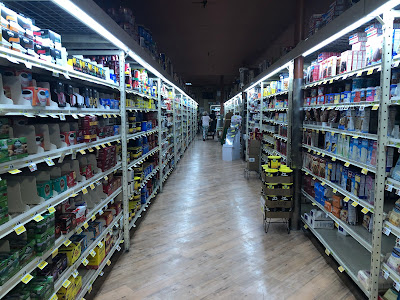 But nevertheless they're maintained nearly perfectly. Not a scratch on the floor, though this decor package is several years old. 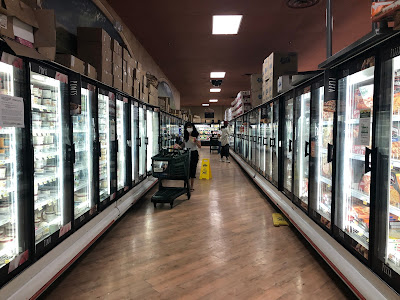 Frozen foods at the far end of the store. These cases are clearly older than the others in the store, but they're still kept up nicely. 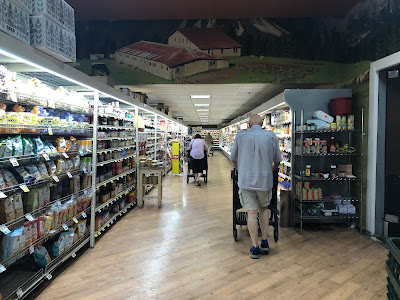 Dairy lines the outside wall in the last aisle. And we can see just how popular the store is from the crowded front-end... 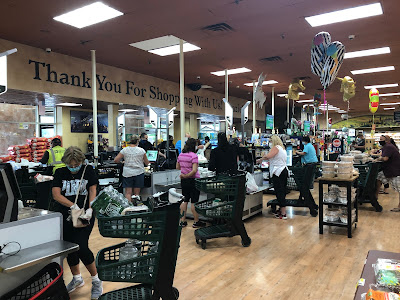 But the lines were moving fast and there were six self-check registers that made everything move faster. Today, this Fresh Grocer is the only supermarket in Cedar Grove, but tomorrow we'll be taking a look at a former store just down the street over on Grocery Archaeology!