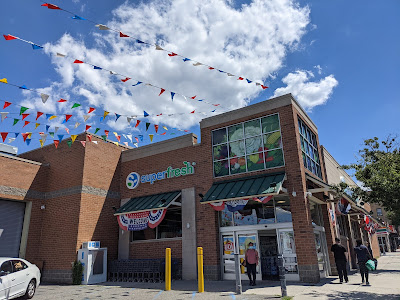 Extra, extra, read all about it! Before we actually start the Elizabeth area group, we have three Special Reports today. We're starting here at the brand-new, 11,000 square foot SuperFresh of Jackson Heights, located on Northern Boulevard just about two blocks away from an existing Mi Tierra Supermarket. I visited the SuperFresh shortly after it held its soft opening in February 2021, and the official grand opening is on July 10th. 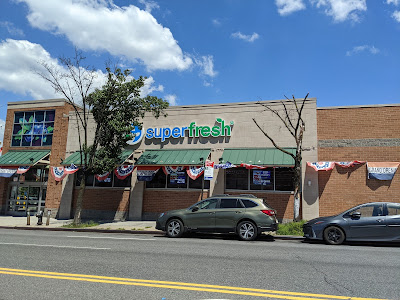 The space, which was a Walgreens drugstore up until about 2019, has been rearranged for SuperFresh. The wall facing Northern Boulevard, seen here, is the front of the store. Produce runs along the left side, which faces the parking lot, with meat on the back wall. Frozen is in the second-to-last aisle, and dairy is in the last aisle, with deli on the front wall (approximately where the brick wall is to the right in the above picture). As we can see, little was done to the exterior since it still has that distinctive Walgreens look to it. 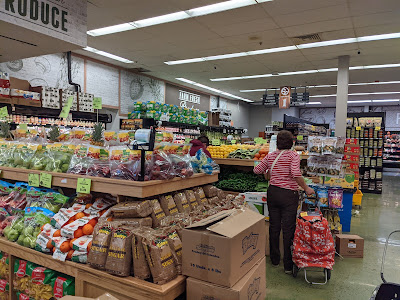 But the interior has been extensively redone, and I'm not sure how Walgreens would've been set up. A wide produce department takes up the front half of aisles 1 and 2; the produce then continues along the outside of aisle 1 while aisle 2 has grocery items. 8 aisles in total here. 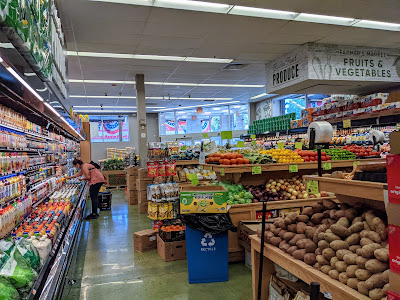 And looking back up towards the front wall of the store. The decor is pleasantly understated here, although the one thing I'm not sold on is the color of the floor which is concrete stained greenish here in produce and blueish in the rest of the store... 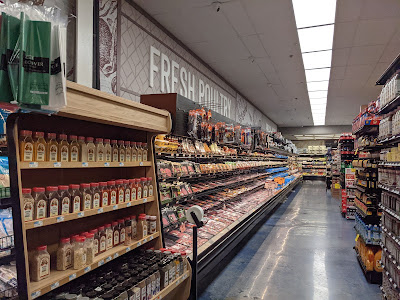 Here we see packaged seafood (just barely in frame to the far left) and meat on the back wall. By the way, there are now quite a few supermarkets that have set up shop in closed drugstores, since there are simply too many chain drugstores too close to each other now. See the Key Food in Maspeth for example, or the Market Fresh (which was previously Krasdale-affiliated, and is now Key Food-affiliated) on Staten Island. An interesting scenario happens in some places like Rosedale, Queens, where an Associated moved into a former Walgreens that itself was previously a Key Food. 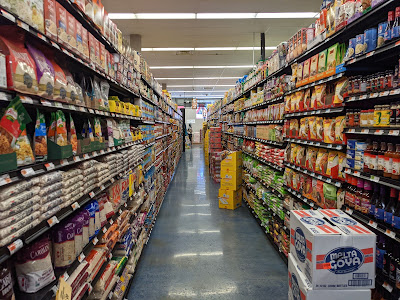 The store packs in a huge selection in the relatively small space with this really high grocery shelving. 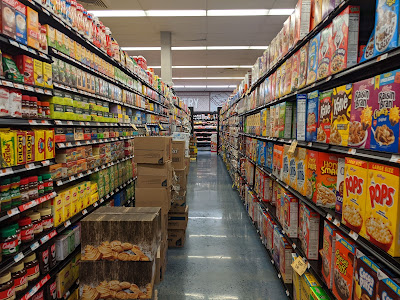 You'll see a lot of boxes of stock waiting to be put out, that's partially because I was here on a Thursday right before the weekend rush and that's also partially because they're preparing for the upcoming grand opening. 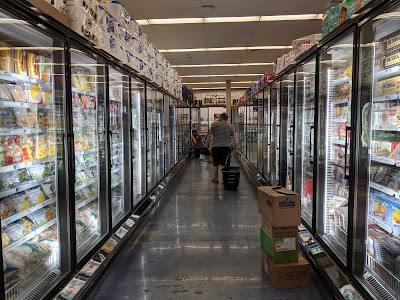 And dairy in aisle 8. We can also see to the left what I believe is a freight elevator to the basement. Since the sales floor space is so limited here, I would assume that nearly all of the storage is in the basement. The deli/bakery is in the front corner here... 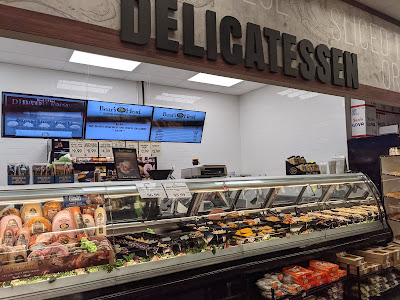 Clearly there's no in-store bakery here, but there are baked goods (like cakes) plus bread, rolls, and bagels brought in from local bakeries -- of which there are so many in New York City. I'm not sure exactly why the deli screens are looking like that, but they were perfectly normal in person. Must be some weird artifact on the phone camera. 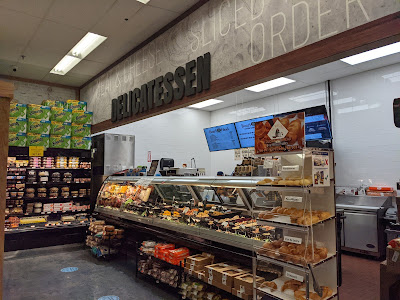 This neighborhood is densely populated enough that there will be no problem supporting this SuperFresh along with the Krasdale-affiliated Mi Tierra about 700 feet away, a Key Food-owned Food Universe about 0.3 miles north, and a large, newly renovated Key Food about 0.4 miles east on Northern Blvd. Five registers along the front of the store, with a tiny manager's office and customer service counter tucked away just to the left here behind the beverage case. As we see, this SuperFresh is a very nice reuse of a former Walgreens space and I'm sure it will be well-used! Don't forget to see our other special reports today at The Food Emporium of Fresh Meadows and the Food Bazaar in Douglaston, plus check out what's coming soon here!