Today's (unexpected!) post is somewhere between a Look Inside and a full tour. As we reported on Facebook a while back, Aquí Market has taken over the former A&P in the affluent rural/suburban town of Califon, NJ. Recently, I have been in touch with a local resident, Gerry K., who has a few photos of the new store. (According to him, this blog was one of the few online sources of information about Aquí. Looking back at my previous Aquí posts, I think I was a little harsh on them! This also explains why I have over 1300 views on that post alone.) All the photos here are his. Let's have a look! 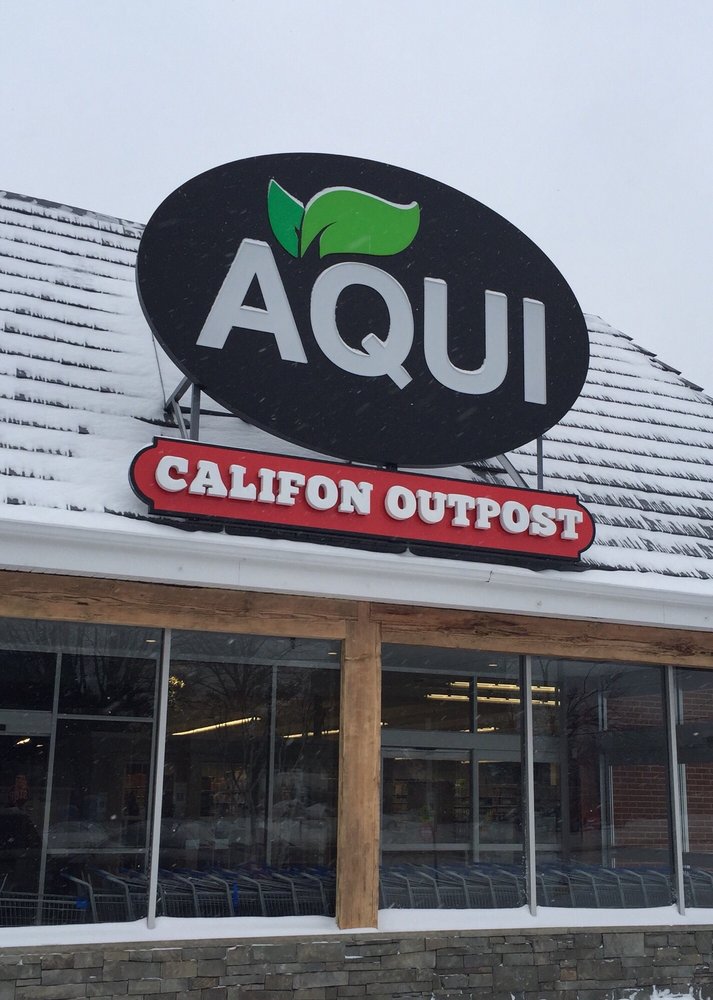 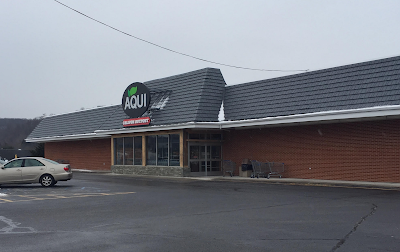 Notice that this is actually a slightly different logo from what's used on the JC and Bridgewater stores. Gerry's Yelp review points out the store's Outpost name, which he thinks might suggest the owners are interested in opening other Outposts. Aquí has maintained the basic structure and appearance of the facade, while adding the rustic wood and stone touches, which I personally like. Heading in, we see that Aquí has totally redone the former A&P with a very modern design. 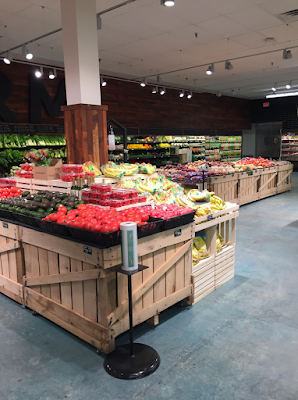 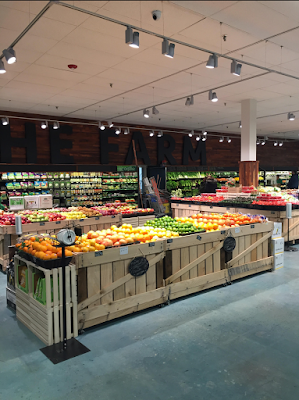 I don't know the layout at all here, so maybe some readers will fill us in. And just for comparison, here's what the produce department looked like before. 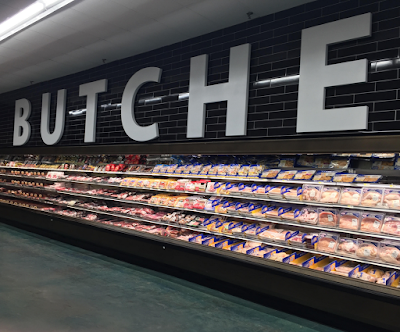 Meat continues along the back wall with great oversized signage on really upscale black subway tiles. Once again, NJ.com provides us with a "before" photo. What a difference! 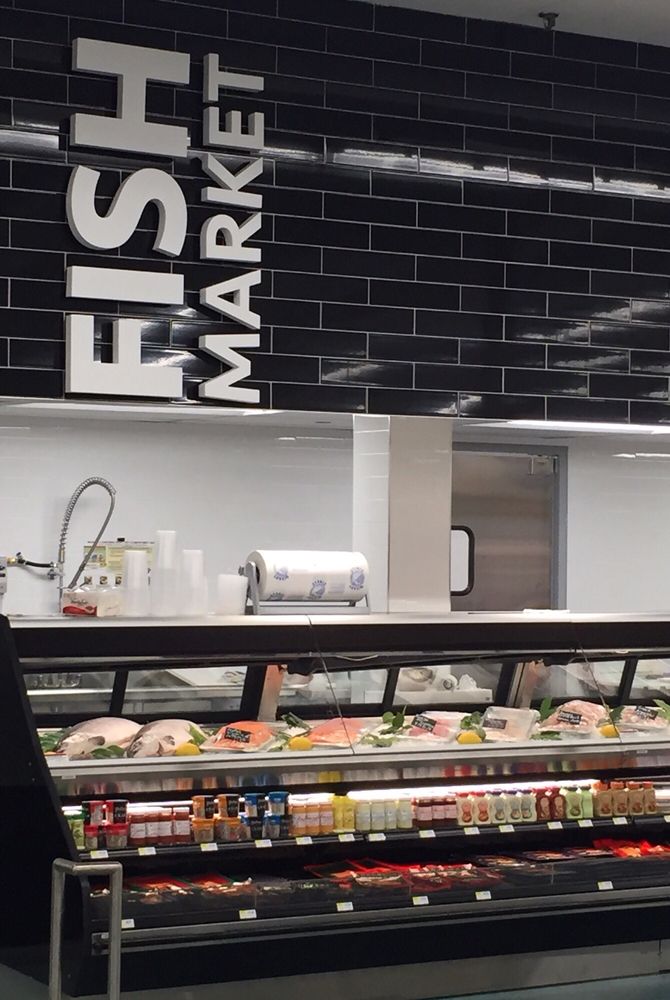 Another very upscale department, the Fish Market, appears to be in the back corner opposite the produce department. Quite a difference from the open displays of fish on ice at Journal Square! Dairy is probably in the last aisle... 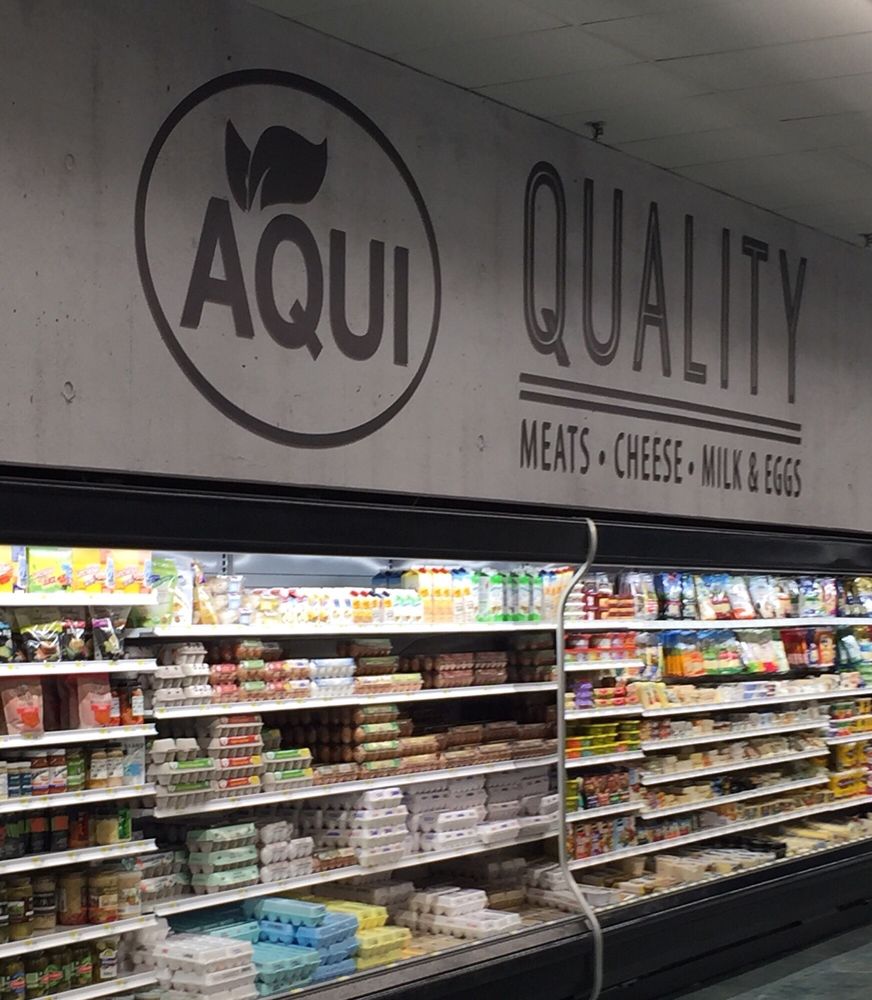 Like we've seen at both other Aquí Markets we've toured, the wall graphics are great. Here, though, they're on a completely different level! There is a café near the front of the store... 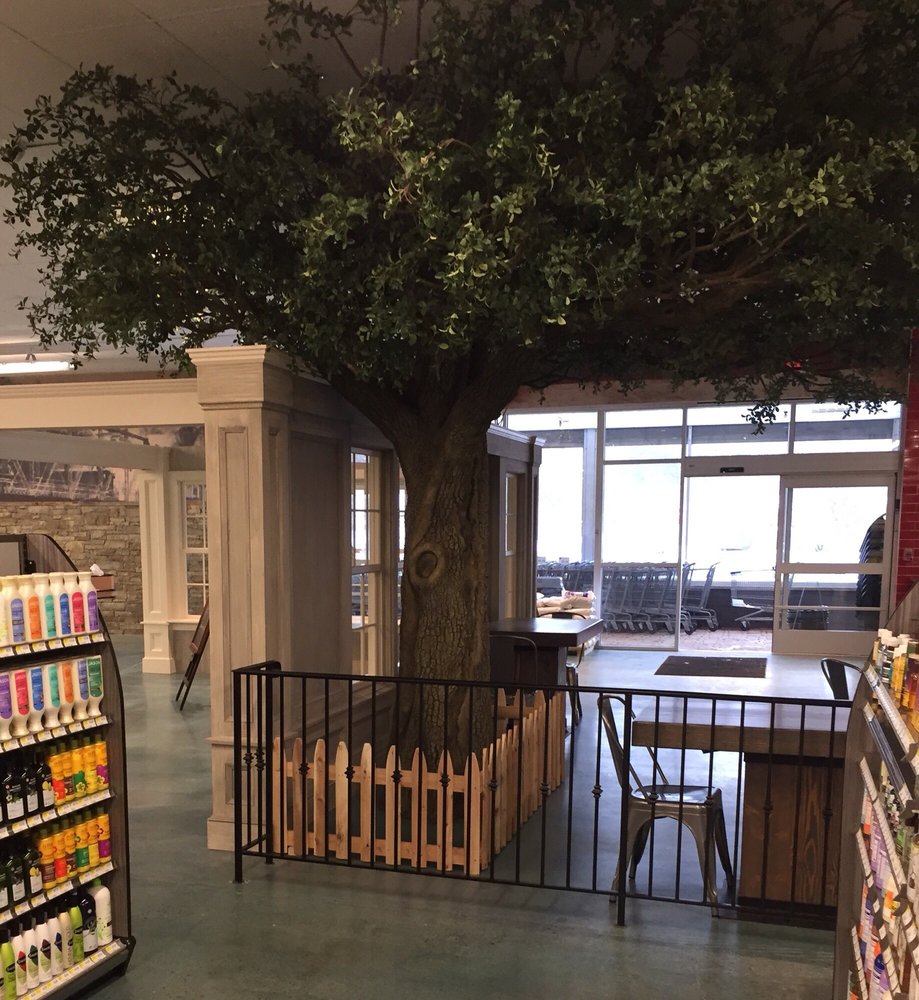 ...complete with its own fake tree. And look at that fancy HABA! Most Aquí stores don't even sell HABA! 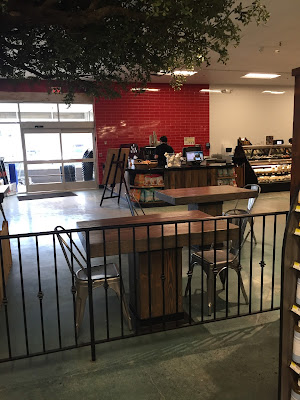 Deli and coffee are near the entrance, with seating immediately in front of the entrance. 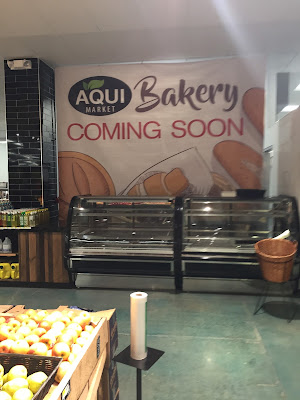 Bakery coming soon next to the deli. Hard to tell whether they'll bake in-store. 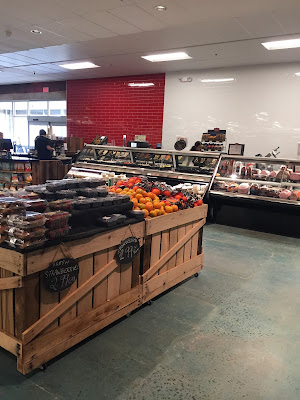 Here we see the deli is just inside the entrance along the front wall. I wonder if this department will get signage once the store is finished. 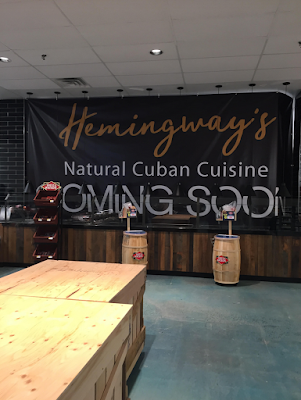 True to Aquí's Latin roots, they will be offering prepared Cuban food in the store. Currently the Califon Outpost is operating on a limited schedule, from noon to 8PM daily, until the store is fully set up.

There are now more interior photos of the store on Google Maps. Interestingly, this store does not appear to sell Parade products, which the other locations do. I'm not sure if this is true, though. Once again, if anyone can confirm, that would be great!

Gerry reports that the product selection tends to lean towards the upscale, small brands, while mixing in a good selection of standard and Latin grocery items. However, unlike Aquí's other locations, Califon is not a predominantly Hispanic area. About 1.3% of Califon's population is Hispanic, or about 14 people! So in this store, Aquí is focusing on mostly upscale (natural/organic/trendy) foods, something we haven't seen in their other locations. 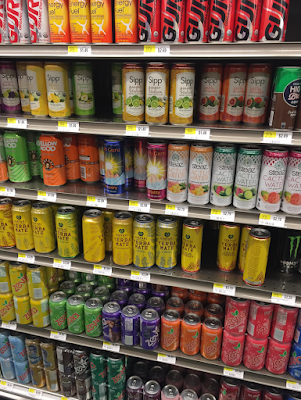 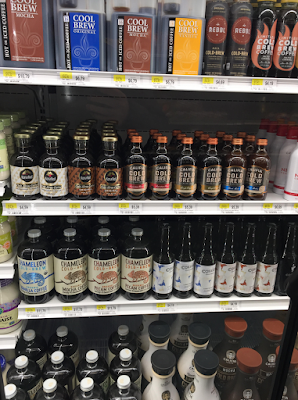 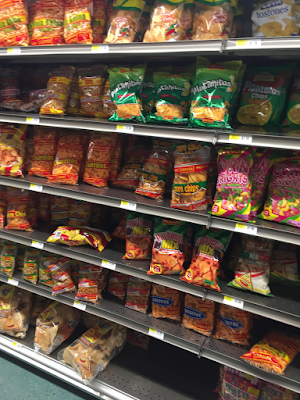 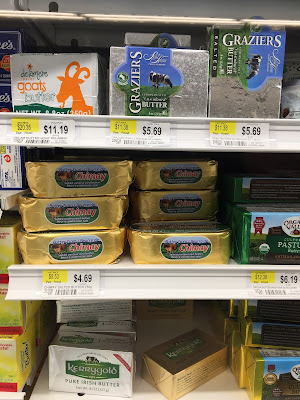 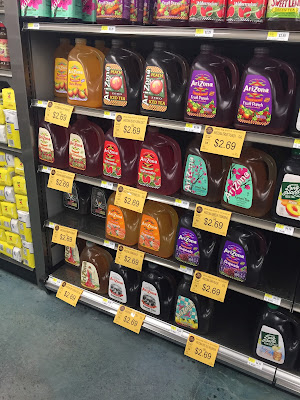 This newer photo shows that some items are now being put on sale (see below).

It's unclear whether the location offers delivery, as the others do, but the new location is included on their delivery van, pictured here at the Bridgewater location. 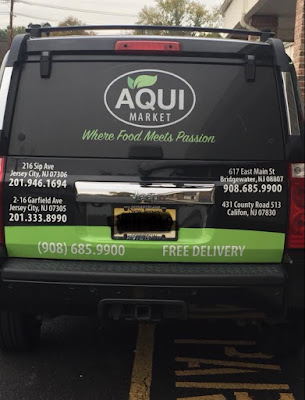 In Gerry's words, "'Where Food Meets Passion' sounds like focus group tested marketing speak to me."

Gerry also offered the following description of the store:


"So far the biggest complaint in town are the prices and that’s because 1- seems like half the products they carry are higher end brands you might find in Kings or Fresh Market or maybe nowhere else in the burbs (this is an area with a lot of money) and 2 - nothing is on sale yet, so of the regular brands, everything is top retail price. Cracker Barrel cheese $5.29, Ocean Spray cran juice $4.99 [corrected], gallon milk 4.99, Alden’s Organic Ice Cream $9.99.  However, most people are not complaining. They’re thrilled.

"Manager/owner says they will be doing a weekly flyer with discounts. No shoppers card though.  But the next closest grocery store is ShopRite in Clinton 15-20 minutes away so not much competition.

"Produce and meat are already competitive in price with other stores and very high quality. Fresh Portuguese rolls 3 for $1. Deli carries Dietz and Watson, Boars Head, and Thumanns. Lots of organic everything."

Sounds like Aquí Califon Outpost is off to a very strong start, and definitely welcomed by its customers. They certainly have a beautiful facility and a strong product selection, it looks like. Does anyone have any input?

Special thanks to Gerry K. for his photos and information, and to all of the residents of Califon who read this blog for Aquí info!