If you've been keeping up with Acme Style, you know we have the same complaint: lines for anything at Acme are crazy. I really wanted to try Acme's fried chicken, which according to one fried-chicken lover I know, is the only kind that comes close to how good Pathmark's was. The Acme in Saddle Brook had a hot food bar and a café, so I decided one weekend (in February 2017) to go there and eat, then shop. My waiting that day consisted of:


20 minutes waiting in line at the deli to get the chicken (two employees behind the deli counter, plus the store manager packaging rotisserie chickens)
15 minutes in the EXPRESS checkout line to pay (of course the café register was closed)
By this time, my chicken was cold.
Then, 20 minutes in regular checkout at the end of my shopping.

There were two standard registers open and one express. The store manager did not seem overly concerned, which is concerning to me! There was no other management to be found. And on top of all that, the store wasn't crowded at all, as you'll see in pictures.

OK, enough complaining. In reality, it's a very nice store that would be quite pleasant under different management. Let's take a look around. 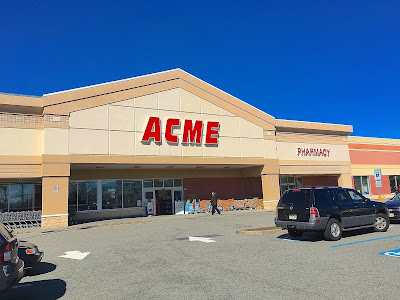 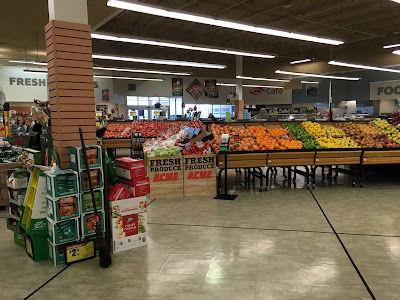 You enter to a large produce department. The entire left-side wall (to the right above) is service prepared foods and deli, but there was no one except behind the deli counter. 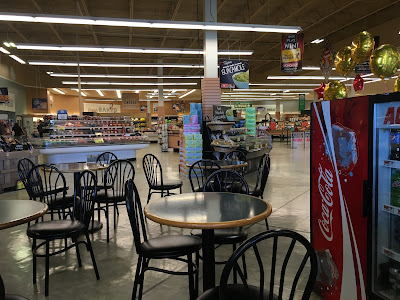 Looking from the café into the grand aisle. 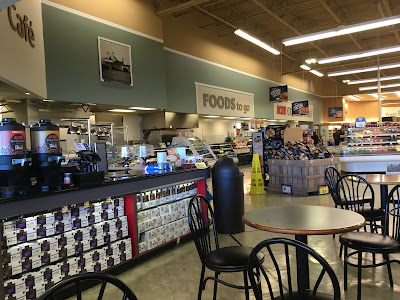 Although the entire wall is stocked with products, there are only two people under the far "Acme Corner Deli" sign. 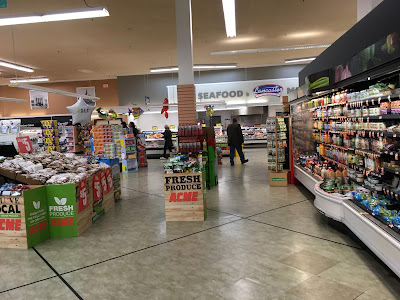 Bakery is in the back corner with seafood/meat next, then packaged meats along the back wall. The flooring is original from A&P. 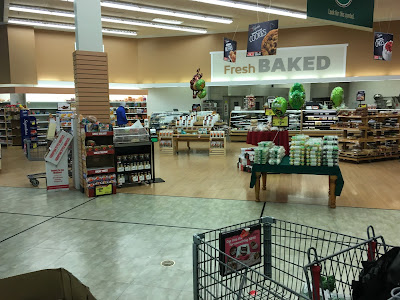 The first aisle is HABA, near the pharmacy department which is to your right as you enter. 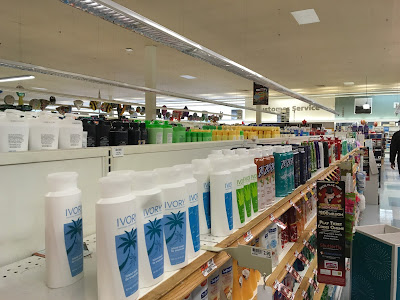 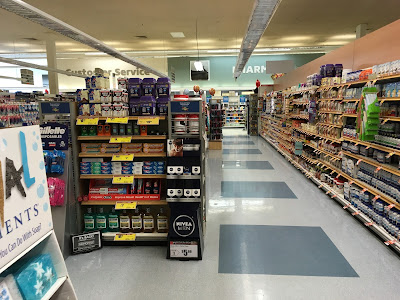 The first aisle looking towards the front-end. Checkouts are just to the left of customer service. 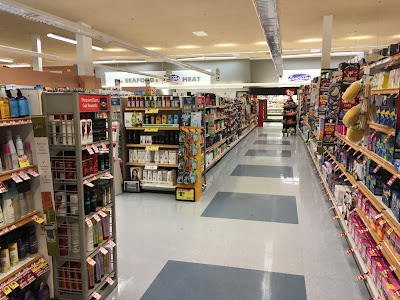 The same aisle looking towards the back wall. 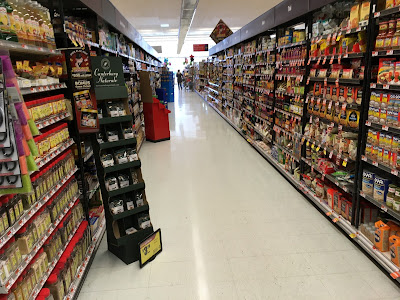 Interestingly enough, this store actually has a halfway decent ethnic aisle. Saddle Brook is not a very ethnically-diverse area, so it's strange! The shelving is left over from A&P. I don't know if this made it after a reset done a few weeks after my visit. 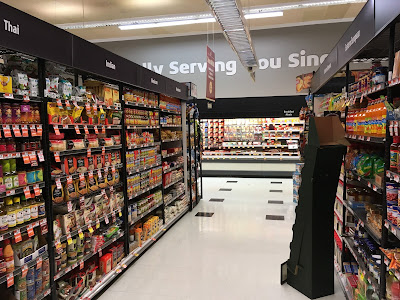 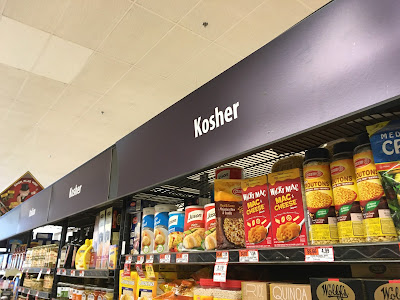 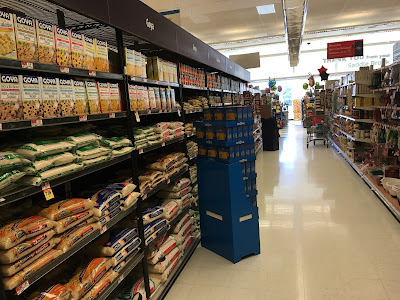 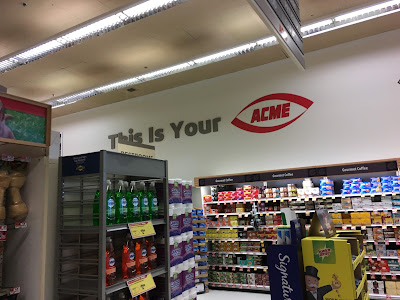 Not sure exactly where in the store the above picture was taken. 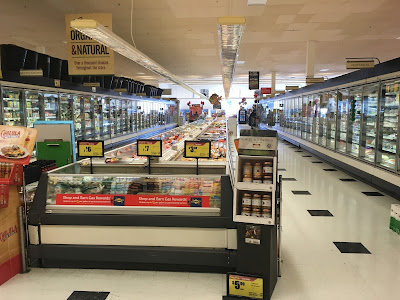 The freezer aisle still has coffin cases, which sorely need to be replaced. The ceiling could also use a paint job. 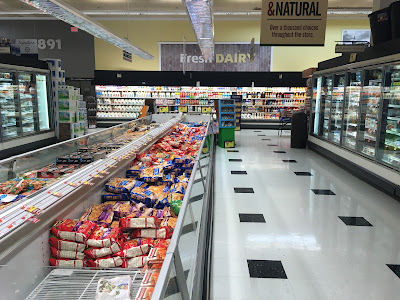 Dairy begins along the back wall and continues down the last aisle. 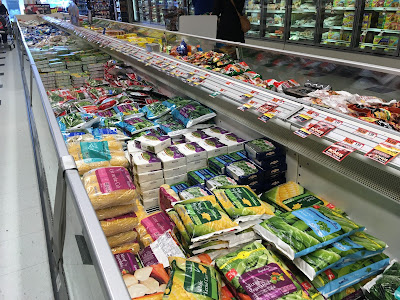 Close-up of the coffin cases. Looks like there's still some Essential Everyday products here as of last February. 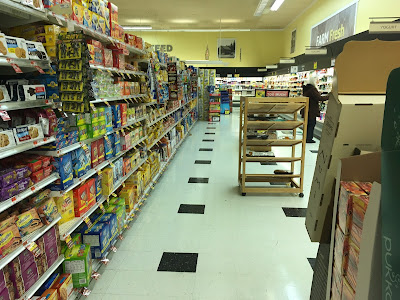 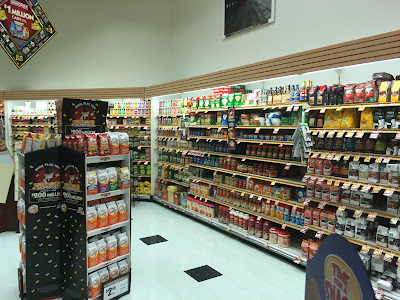 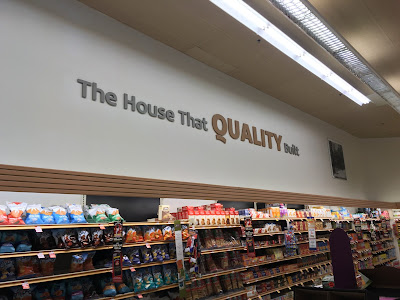 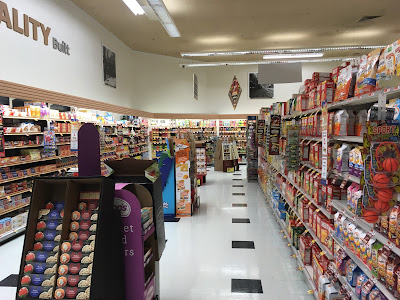 The manager's office is behind the bread area. In the above picture we're looking down the last aisle towards the front-end. 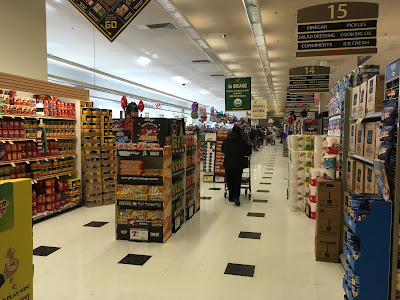 Standard front-end (except, of course, the number of registers open).

Hey Acme management, if you're reading this, if you want to see how a well-run supermarket operates, go visit these stores:
1) ShopRite, Newark, NJ
2) Food Bazaar, Elizabeth, NJ
3) Jack's Foodtown, Bloomfield, NJ
4) Superfresh, Irvington, NJ
Although, of course, I think the problem is really the fact that Acme stores are almost universally understaffed, so it must be corporate policy to keep the bare minimum number of employees on hand at any given time.

But hey, don't get depressed! Maybe this wasn't the greatest way to start off the new year, but it gets better! And at least my visit was a year ago, so it may have been drastically improved since then...

And make sure to scroll down to check out today's revisit of Bell Farms in Belleville!