In the A&P bankruptcy, when Key Food acquired stores, they then sold them to owner-operators (with the exception of two in Queens, which remain corporately-owned). In this case, the former Waldbaum's Fresh Market on Amboy Rd on Staten Island was switched to independent owners Ed DiAntonio, Sam Abed, and Randy Abed, who did some minor renovations before reopening. This store, based on my visit, seems to be a slightly better version of a Waldbaum's. However, the store clearly isn't making the business it needs. 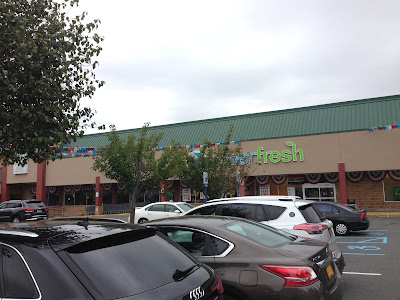 Great placement of the trees. The entrance, on the right, brings you into a large produce department, followed by a deli/prepared foods department in the back corner. The former seafood counter is also in this corner followed by meat along the back wall. In-store bakery is in the far back corner with frozen foods in the last aisles and dairy along the side wall. Pharmacy is along the front-end. 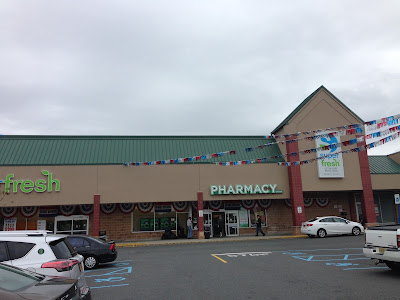 You enter on the right, under pharmacy. 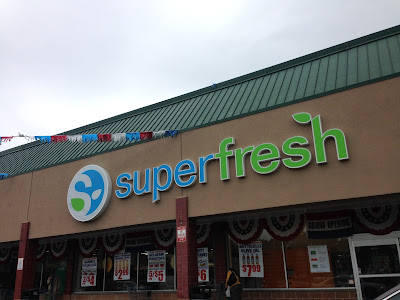 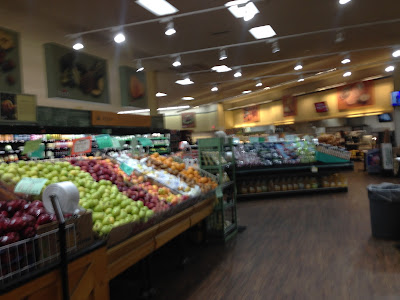 Superfresh did replace the flooring in the produce aisle, which is very nice. The front corner has a small floral department and an area that used to have a juice bar. Superfresh installed the juice bar but closed it soon after. 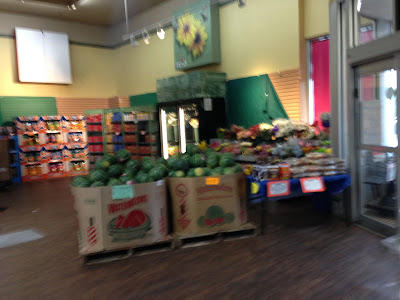 The blank sign on the left is where the juice bar was. 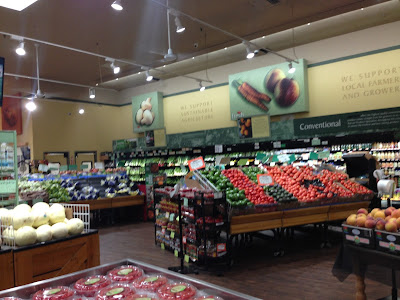 Very nice produce department with a lot of organics as well. 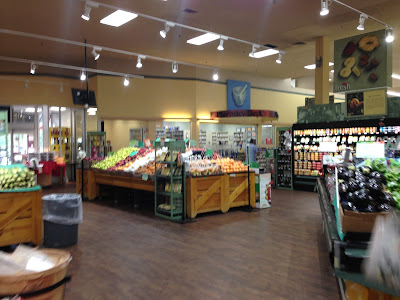 Here you can see the entrance and pharmacy. The decor is original from Waldbaum's. Superfresh's pharmacy is run by an outside vendor. 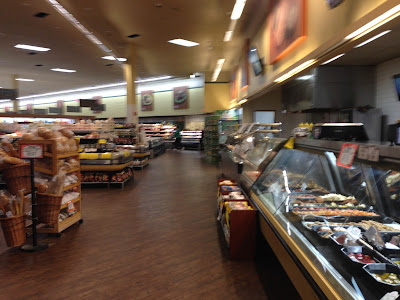 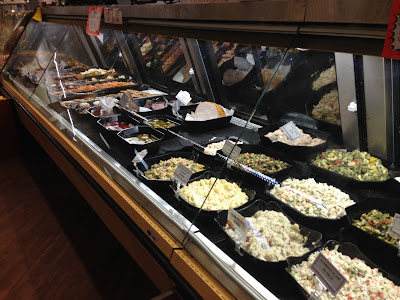 Very nice deli counter in the back. 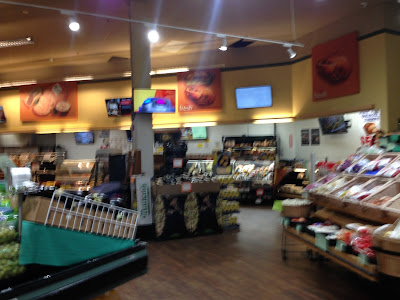 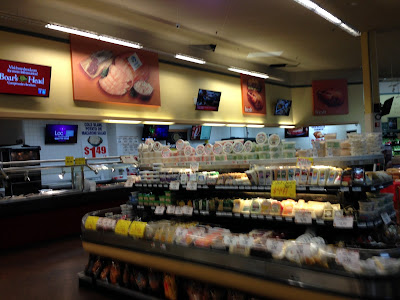 Hot food and salad also. There's a café along the front wall. 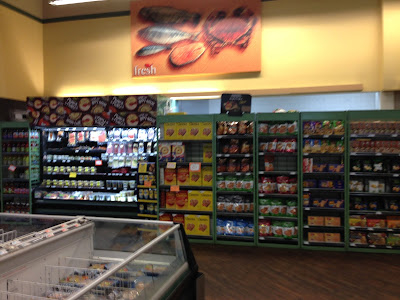 Superfresh briefly operated a seafood counter here, which may have also been an outside vendor. 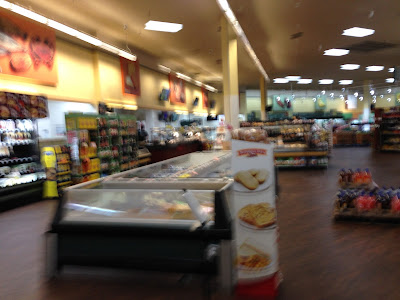 Now only packaged seafood in the coffin cases in front. 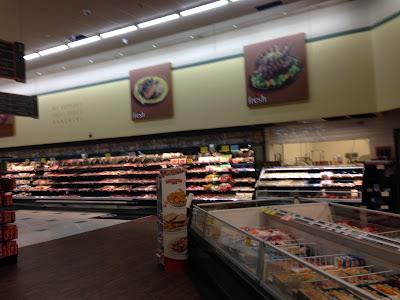 Meat counter in the back. You can see where the new fake-wood flooring meets the old vinyl tile. 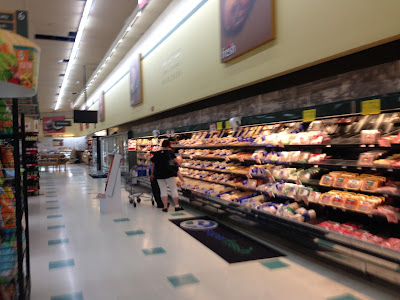 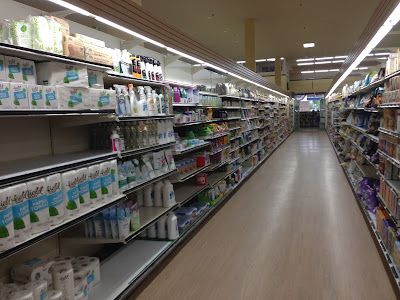 The first aisle, which has natural and organic products, also has redone flooring, this time lighter wood. Unfortunately the empty shelves as seen on the left seem to be a fairly regular occurrence at this store. 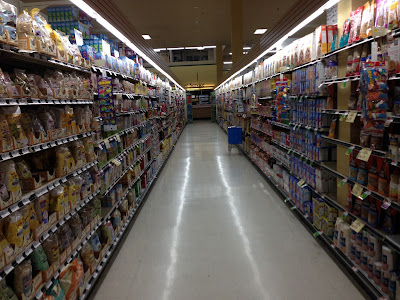 Standard grocery aisles otherwise, except for the fact that although this is a Key Food store, they use the Best Yet brand. However, they're switching to Urban Meadow, Key Food's new brand. 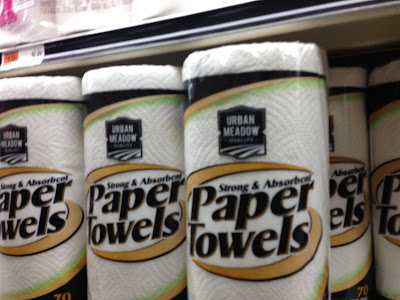 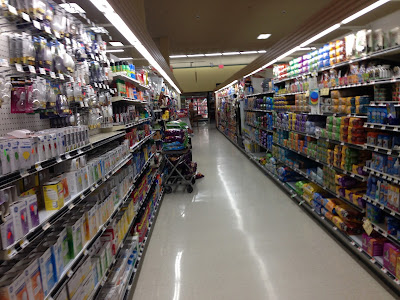 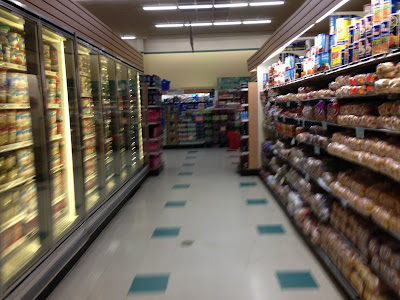 Some frozen foods in a grocery aisle near the end of the store. 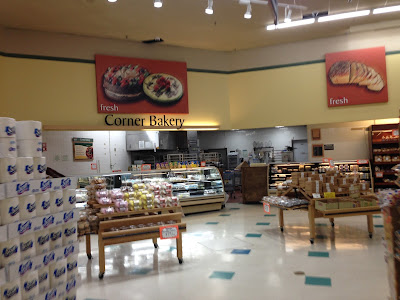 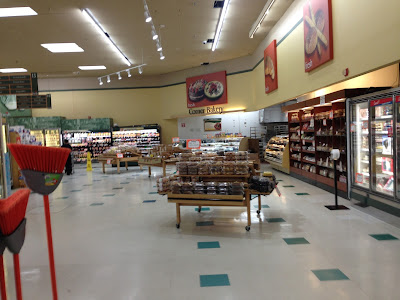 In-store bakery in the back corner, which surprisingly is still running (or was as of September 2017). 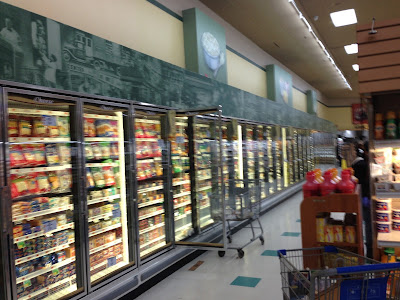 Dairy in the last aisle. 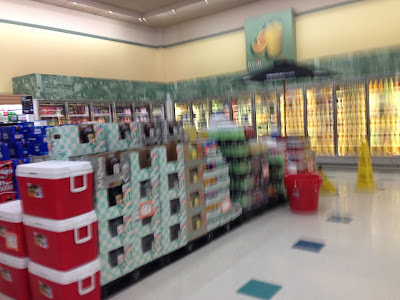 More dairy in the front corner. All the decor here is entirely left over from Waldbaum's. Actually it's very nice decor, but it could easily be updated with more modern decor. 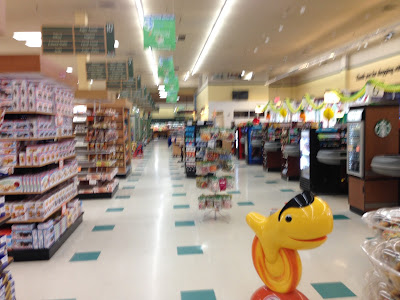 A look across the front-end. 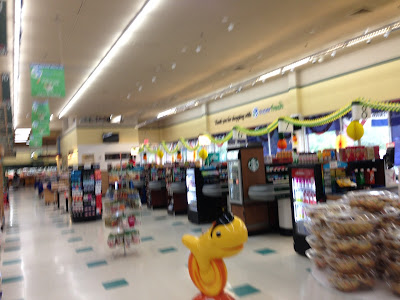 The "Thank you..." sign is new and installed by Superfresh. 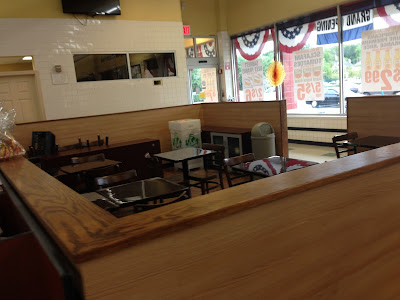 And in place of the self-checkout section, Superfresh has added a café seating area.

Despite the Grand Opening signs still being up at the time of my visit last September, this store feels like it's on its way more out than in. It reminds me of the Edison, NJ Superfresh a lot. Rumor has it that the sister store at 3501 Amboy Rd will be closed this month...but that's just a rumor.