About a month ago, we were down in Carrboro, NC looking at the Weaver Street cooperative food store. I took photos of a few other buildings in town that seemed like former grocery stores to me, but other than my impressions, I have no reason to believe they ever were.
This particular building looked to me like a 1920s-era food store, maybe a general store. It's almost definitely a 1920s-era building. 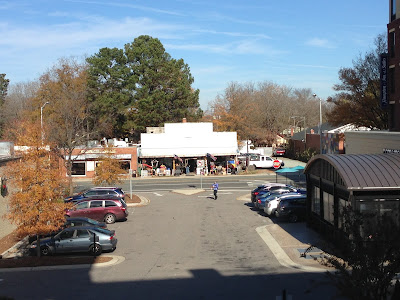 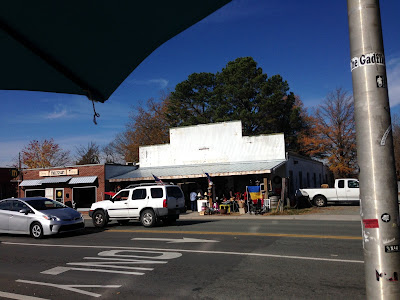 The building with the white facade is reminiscent of grocery/general stores of the 1920s, don't you think? Especially with the higher center section on the facade. The awning is also the right style, although obviously replaced. 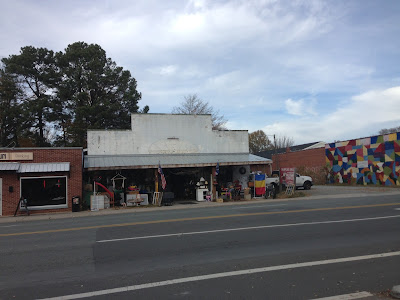 The building, which is located at 309 E Main St, is now Surplus Sid's, a junk military surplus, antique, and general merchandise store. Inside, it's hard to tell what it may have been in the past.