Today's snapshot is a nighttime view of the Acme in New Providence, which took over an A&P, which was built on the site of a former Acme. Read more about the store over on Acme Style here. It was A&P's last new-build store. 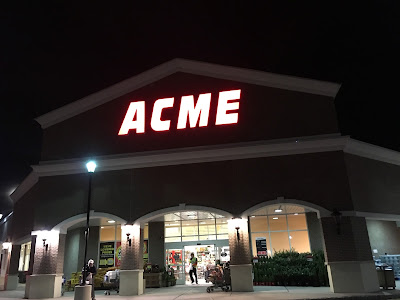 Initially, this store was not able to put up a real sign because of zoning restrictions, but eventually they were able to get a variance.