We saw the Bravo at 503 West Side Ave in Jersey City yesterday. Let's head about 3/4 of a mile north to the Fine Fare at 759 West Side Ave. 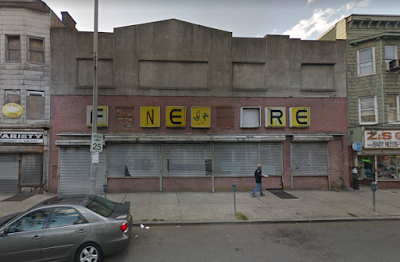 This was the state of the West Side Fine Fare for many years until independent supermarket owner Mike Ayesh and his team came in. Like the Bravo, this store was gutted and outfitted with the latest decor and fixtures. 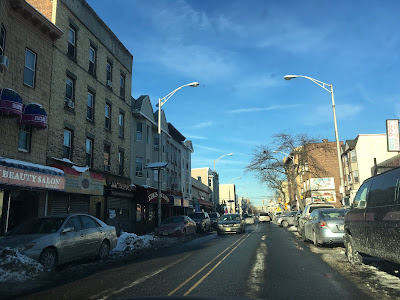 West Side Ave is a busy retail district. It has been significantly revitalized recently, especially near the Fine Fare, but who knows if Fine Fare caused it or is simply evidence of the trend. 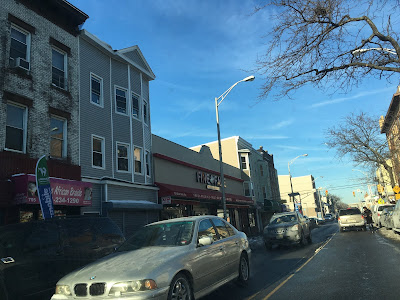 The Fine Fare stands out from its neighboring buildings because it's one-story in this fairly urban neighborhood. 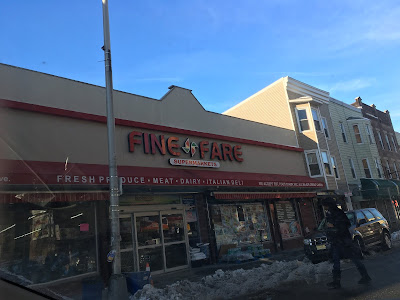 It looks very nice, and I hope to return to get interior photos sometime.