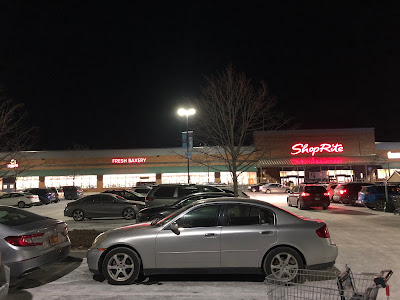 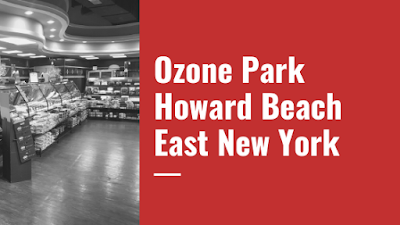 Welcome to Brooklyn, and also to the largest supermarket in New York City! This 93,000 square foot behemoth is also the second largest ShopRite, behind only Kinsley's ShopRite of Brodheadsville, PA, which has been photographed and will be coming to the blog someday. It's owned by New Jersey-based Glass Gardens, which also owns ShopRite stores in New Jersey and New York state, along with a much smaller location in the Midwood section of Brooklyn. 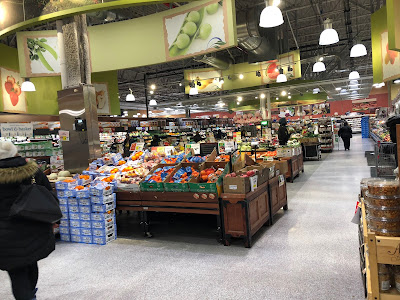 This location, quite simply, is enormous. You enter to a produce department that's probably bigger than many supermarkets in Brooklyn, with deli and prepared foods running along the right side wall of the store. There's also a Dunkin' Donuts and a cafe area in the front corner. 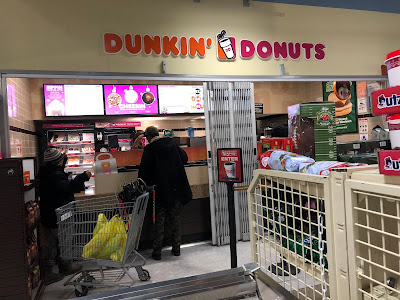 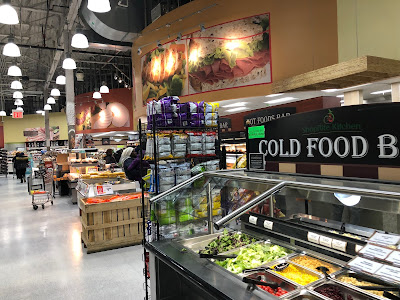 This decor has certain similarities to the A&P Fresh 2.0 decor, although there are notable differences, such as the fact that the wall and not the decor elements are curved. The color scheme, pictures, and lighting are quite similar, though. 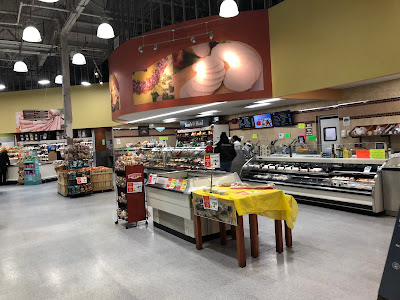 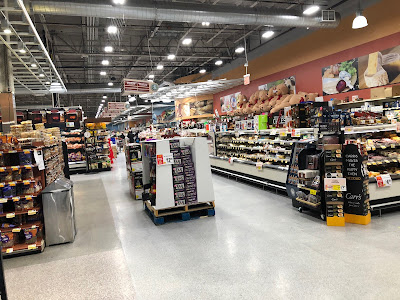 Along the back wall, we have packaged deli and cheese, a bakery department, a seafood department, and the meat cases. Looking along a wall from one end of the store to the other like this, really gives you an idea of the size of the place. 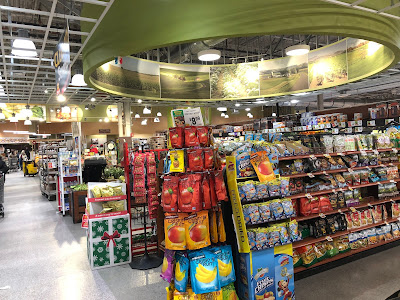 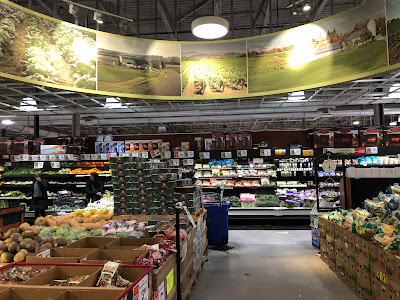 Bakery is up next along the back wall, and though I really like this decor, I must say it looks a little cheap compared to many ShopRite locations. 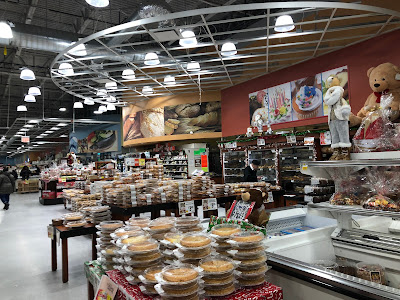 That said, the store is definitely a no-nonsense kind of place. Low prices, lots of stuff, no frills. 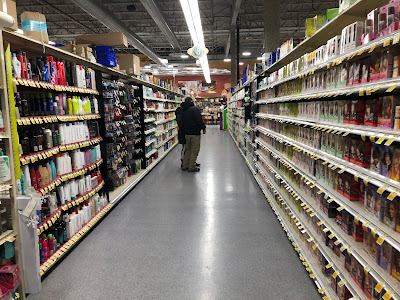 Customer service and pharmacy are on the front wall between the entrance and the checkouts. 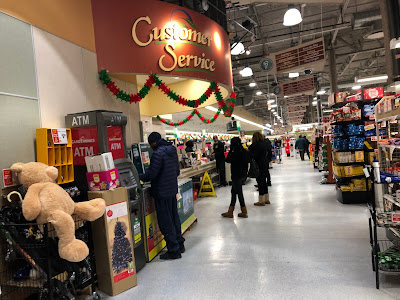 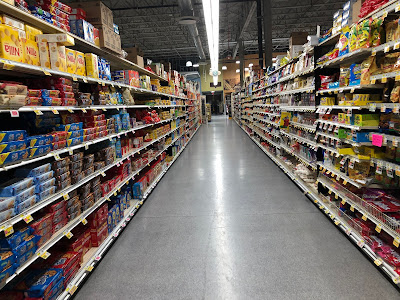 Yep, they don't mess around here. They have absolutely anything you could want. 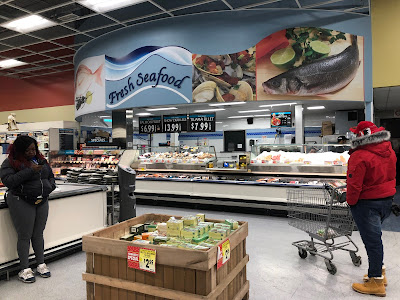 Seafood, one of the few departments with a name on the wall, also gives us a look at the oddly small carts this store uses. It's possible that at peak times, this store just gets too crowded to use carts much larger. 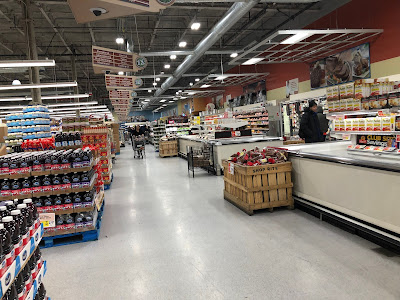 Meat, followed by milk, on the back wall. 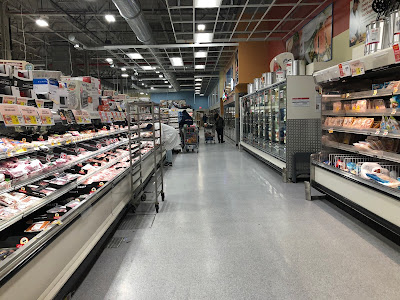 And more orange juice than you could ever imagine on the back wall. 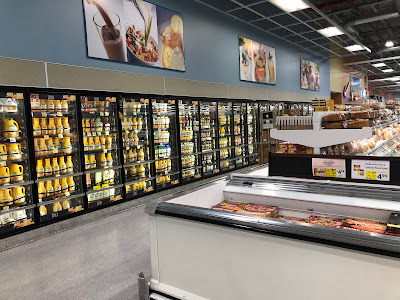 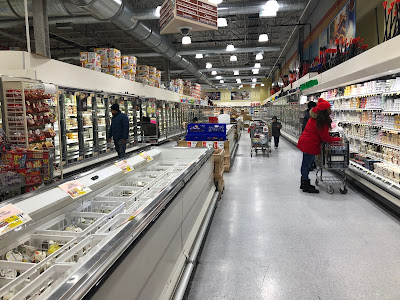 And dairy in the last aisle. Frozen foods take up the second-to-last aisle and an alcove in the front corner, along with even more dairy. 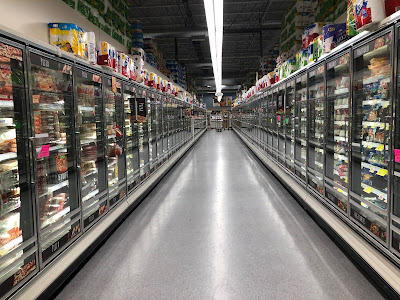 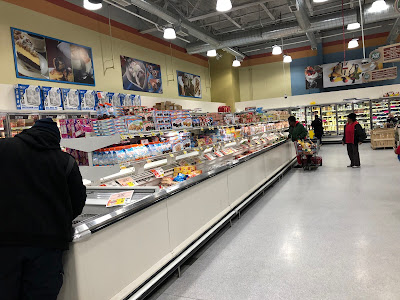 Ever wondered what 30 checkout lanes looks like? Well, you're about to find out... 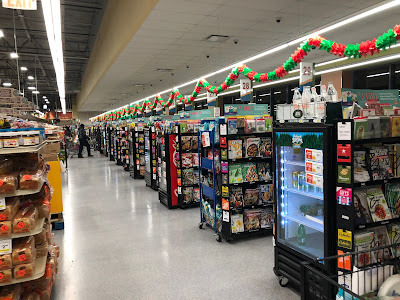 This store is enormous and certainly acts as a superstore for all of southern Brooklyn and Queens. It's impressive to see but for me it's a little too big for regular shopping. Certainly worth a visit if you find yourself in East New York, though!