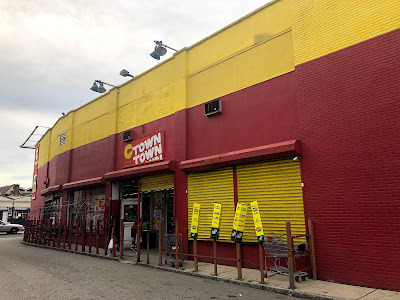 We're here in downtown Orange to visit this former Good Deal. I suspect that the store was taken over by a different CTown owner in the late 80s or early 90s, before being sold to Universal Food Markets in 1998. Unfortunately, this store more closely resembles the Universal we toured in Paterson than the last CTown stores we saw in Paterson or Passaic. 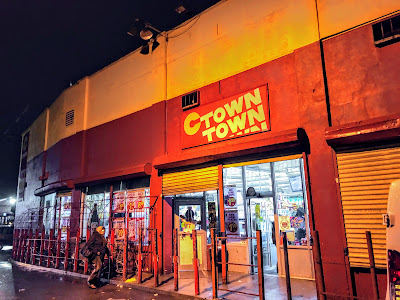 This nighttime photo from a December 2018 visit might as well be from December 1978. This is one of the most oddly-oriented stores I've ever visited, with the storefront facing neither the street nor the municipal parking lot in the back, instead facing this small and very dark alley. There is no way to walk from the street to the entrance without walking in the driveway since there is no sidewalk along the front of the store. The designated parking spaces in the rear back up to the loading dock and trash compactor. And of course, the floodlights along the top of the store certainly don't work. 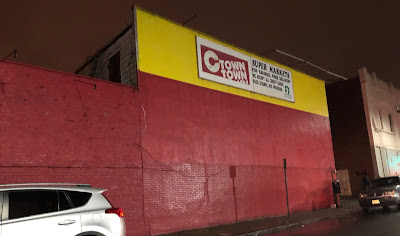 This is the extraordinarily uninviting side of the building facing the street. As you can see, the lights along the top of the building have either fallen off or are not working. You can also see the 8600 square foot store is made up of two different buildings combined here, and it's only logical that they would've both originally faced the street. 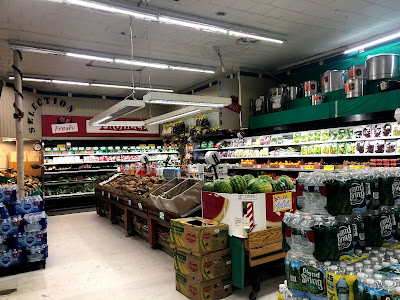 Moving inside, at least the store is well-lit -- mostly. Produce is located in the front corner of the store, with a very small selection. A service butcher fills the rest of the first aisle. 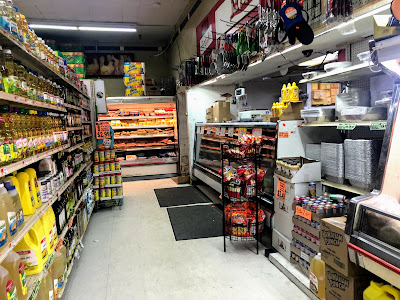 It's disappointing that this store has been so badly maintained over the years, especially compared to its nearest competitors, Super Supermarket half a mile west and Bravo three-quarters of a mile southwest. Bravo is also a Krasdale affiliate, but a different owner (Nick Gonzalez) owns that store. 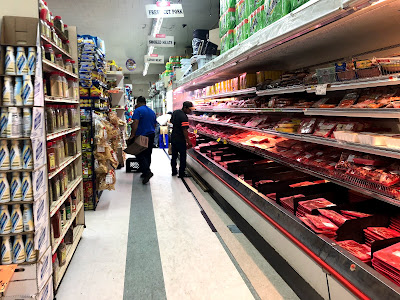 Meats along the back wall. The flooring likely was installed by a CTown operator, given that it matches the teal and maroon color scheme CTown would've been using in the 1990s. 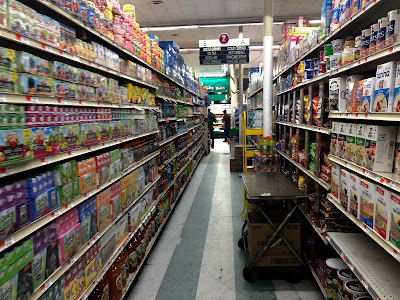 Hard to place a date on the aisle markers, but they don't look that old. The store is disappointing because it looks to have been renovated fully about 20-30 years ago, then not touched since. It seems dirty and dingy now, and it's clearly not been maintained as well as it should be. 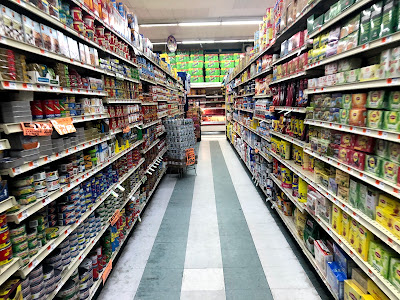 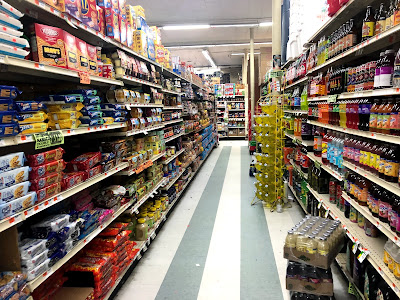 Second-to-last grocery aisle here; it looks like the aisle markers just kind of peter out before the aisles do. Ahead you can also see the large mirrored panels representing the manager's office in the corner. At the time of my visit, though, the manager was sitting on the front end watching security cameras instead of keeping an eye from the second-floor. 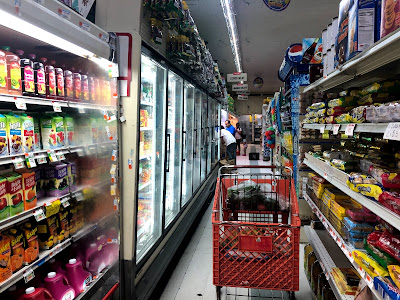 Looking along the back wall back towards the first aisle. You can see how cramped the store is. 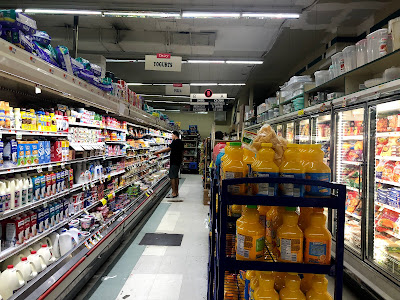 My tour ends here in the last aisle as the aforementioned manager was clearly suspicious of me, a white guy wandering around the store taking pictures in an 82% Black and 22% Latino neighborhood while not buying anything, which also happens to be one of the highest-crime and lowest-income zip codes in the state, and I didn't want any trouble. But I did want to document the inside of this store, because there aren't too many more like it and in all likelihood, it will be closed, sold, or remodeled soon. At least, I hope so! Up next we'll be heading about two blocks east and half a block south to the first store in downtown Orange we'll be touring. Check it out tomorrow on The Independent Edition!