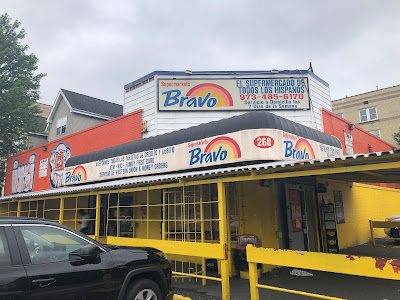 Welcome to the time capsule that is the Roseville Bravo! Owned by Universal Food Markets, whose Paterson, Orange, and Rahway locations we've seen (update: those links have been fixed), this store is equally outdated and dingy. However, there's no competition in the immediate Roseville area. A 1940s-era ACME that was closed by the 1960s, the building is showing its many signs of age but is certainly not short on bright colors, with the orange walls and yellow accents. 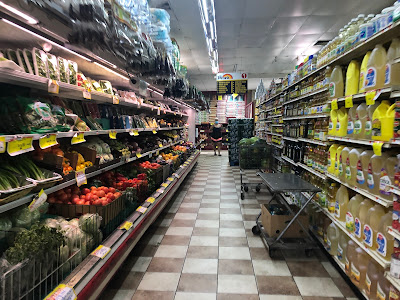 It's certainly not the worst supermarket I've ever been in, in fact it's a surprisingly decent store. Cleaner than the other Universal locations I've been to but equally dingy and cluttered. When I walked in, I actually thought I'd left my sunglasses on. Except for the fact that I didn't even have sunglasses with me that day. Produce lines the first aisle, with meat on the back wall and dairy/frozen in the last aisle. 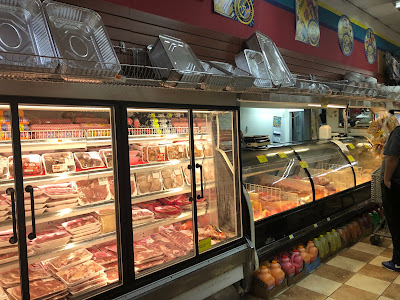 A couple of surprises here along the back wall. For one, the tiny 5900 square foot store has a full service butcher. For another, the refrigerator cases in the meat and dairy departments have actually been upgraded with doors -- a nice touch typically only seen in larger stores. 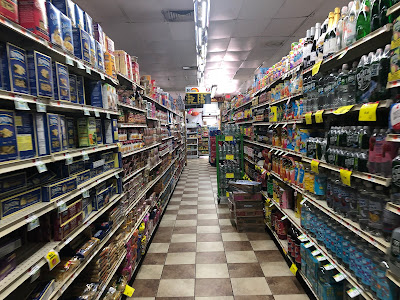 Cramped but rather complete grocery aisles. They certainly have all the basics. 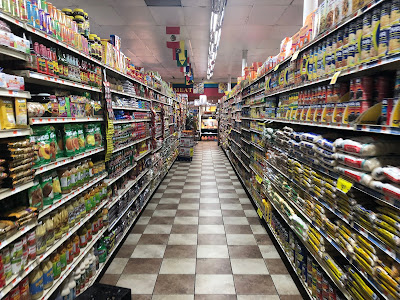 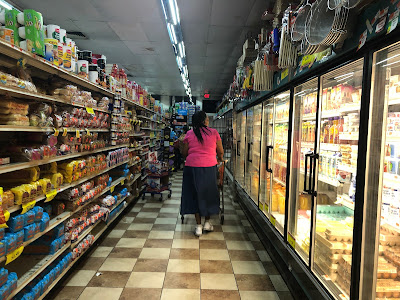 The last aisle, aisle 6, is the dairy and frozen aisle which are both on the outside wall. But why is it so gosh-darn dark in here? Take a look at the light fixtures. To me it looks like the fixtures are actually made for twice as many lightbulbs but they're only filling part of the space in each fixture. Why would that be? Makes for a very unappealing atmosphere. 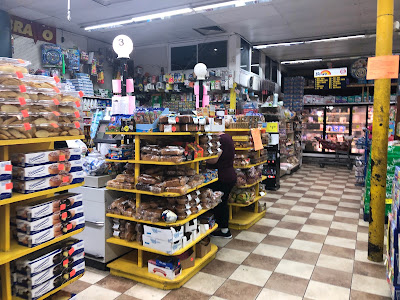 Looking at the three registers on the front end. Hard to tell whether the office on the second floor is permanently out of service or just unoccupied at the time of my visit. Also, check out the older Bravo logo on the front wall! That's probably original to the store -- as most of the things we see here are, except the refrigerator cases and maybe the floor. But as I said, Roseville doesn't have another grocery store today, and neither does Ampere, the neighborhood in East Orange that's right next to this one. But Ampere did in the past, and we're going to check it out on Grocery Archaeology tomorrow!