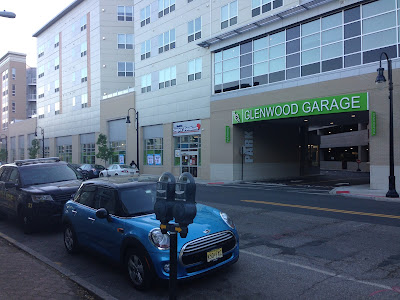 We've previously taken a look at Jack's Foodtown locations in Wayne and Caldwell, and we're on to the chain's newest location. (North Arlington, unfortunately, will not be appearing on the blog.) Opened in 2015 in the ground floor of a new mixed-use development in the center of Bloomfield, it's just a block south of Bloomfield Avenue, where we've seen plenty of the stores so far in Essex County. 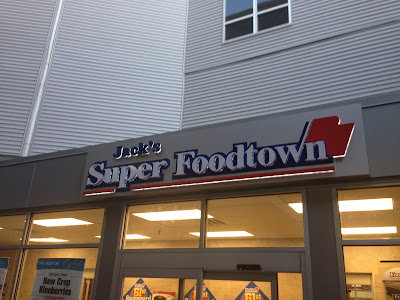 The 25,000 square foot store, unlike any other supermarket I've ever been in, is triangular, with entrances at either end of the front-end (in the base of the triangle). Along the front end is a juice bar (a location of local coffee chain Ahre's Roastery at the time of my photographs), with produce and frozen foods on the left side of the triangle, or facing the street, with deli-bakery, meat-seafood, and dairy on the right side of the triangle. 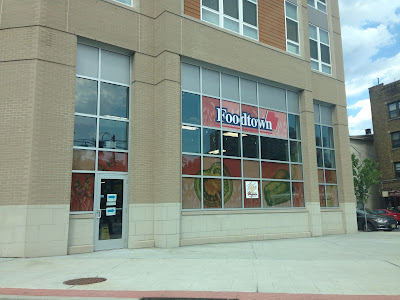 Well okay, trapezoidal if you count this tip as being a fourth wall of the store. Let's head in to produce... 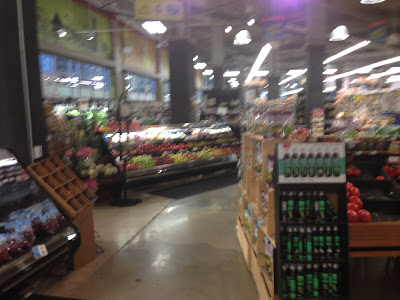 It's a blurry shot, but this store is very different from both Wayne and Caldwell! Very modern with lots of high-end touches. 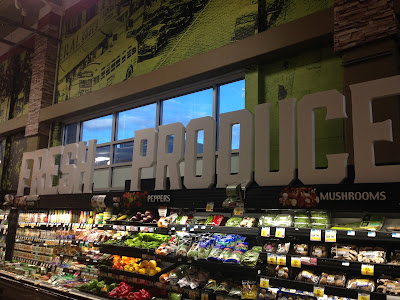 Awesome custom decor with old pictures of Bloomfield and the surrounding towns around the store. 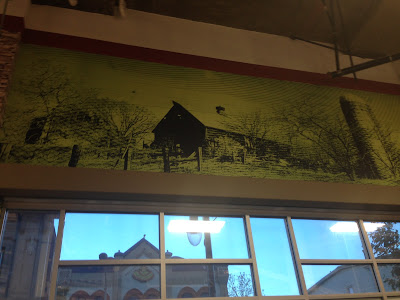 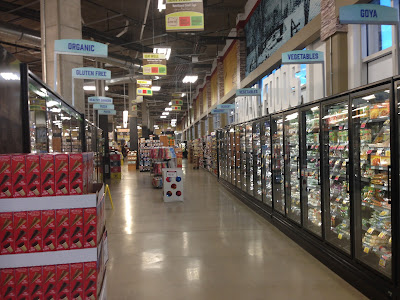 Natural/organic, gluten free, and frozen round out the first aisle, which is very spacious. 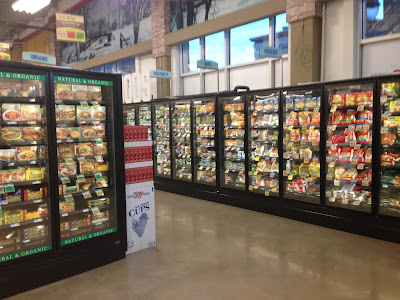 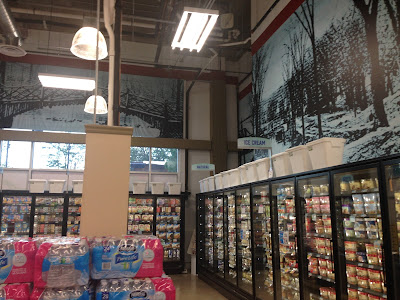 Frozen, which continues in the back of the store, transitions to dairy on the right side wall. 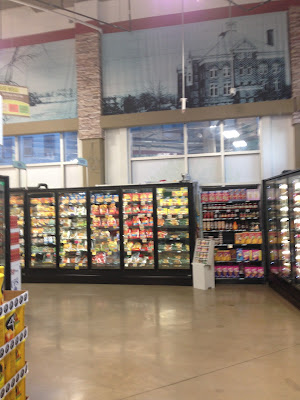 The store is clearly catering to the new, higher-income residents of downtown Bloomfield who are moving in as the formerly low-income neighborhood gentrifies. The train station, which is located right behind this store, allows riders to travel into New York City with a stop at Newark Penn Station, meaning it's popular with commuters. 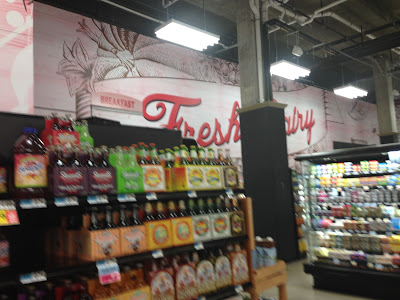 I am a big fan of the huge, overstated decor found throughout the store, especially given its high ceilings. 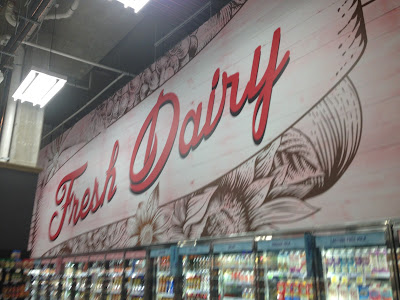 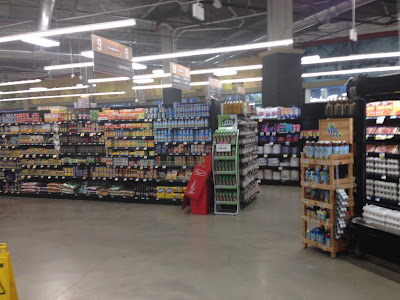 Grocery aisles take up the center of the store. They're split in half because the store is so deep. 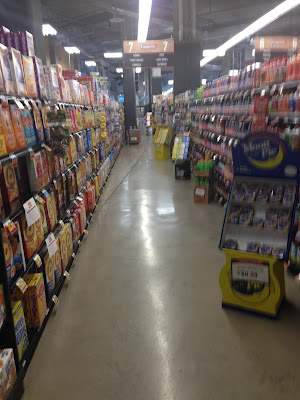 Meat is next on the perimeter wall. 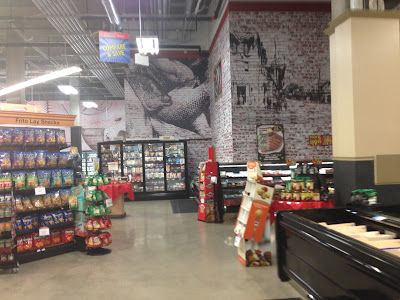 A service seafood counter has since been added to this corner, replacing the selection of packaged seafood the store carried at the time of my visit. 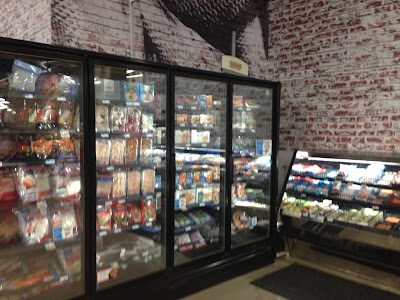 And we have some more awesome large-scale graphics in the meat department. Plus, I love the brick texture that lines this wall. 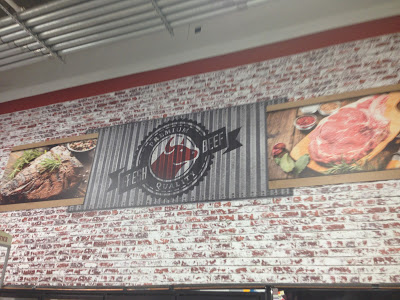 Notice that it's all just printed on a large decal that's then placed on the wall. Cost-effective and attractive! 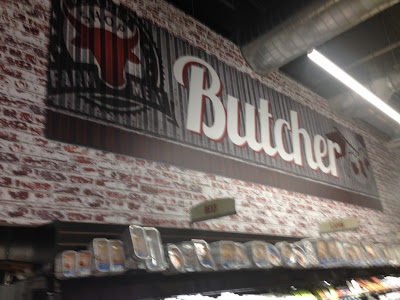 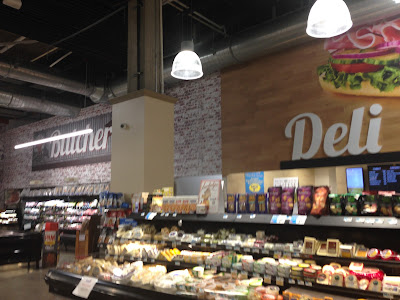 Deli-bakery is up next in the front corner, with some deluxe touches. 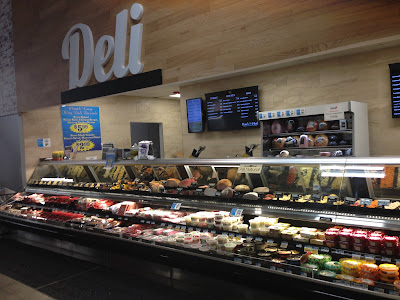 Along with the service deli department is an olive bar... 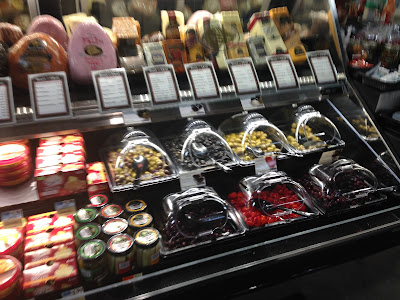 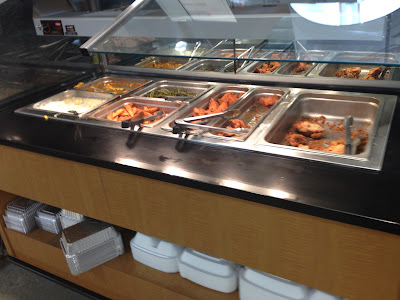 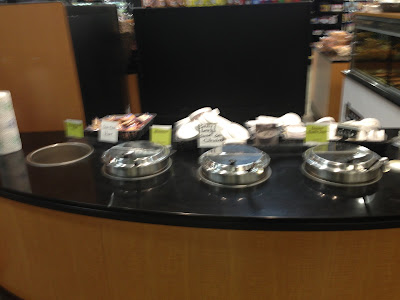 There's also a custom sandwich bar and a sushi counter, along with a service bakery, in the front corner. 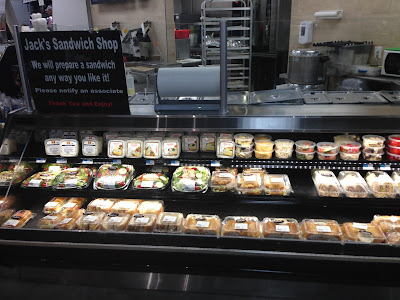 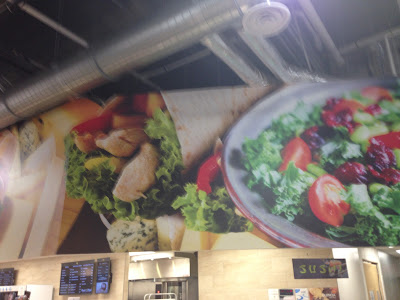 Once again, I love the oversized pictures that add a lot of color to the decor package! 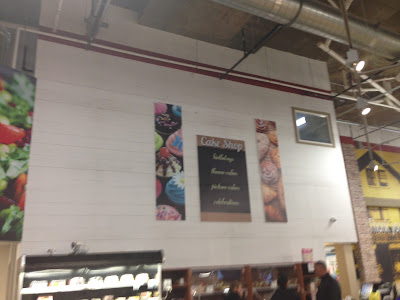 Bakery in the front. 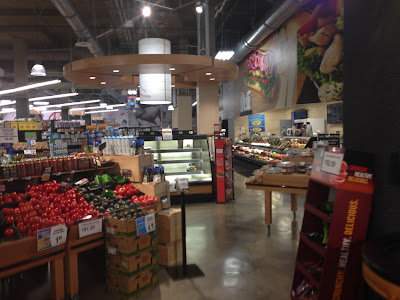 Here's an overview of the deli area. Under the circular wood fixture is the cheese case and hot food/soup. 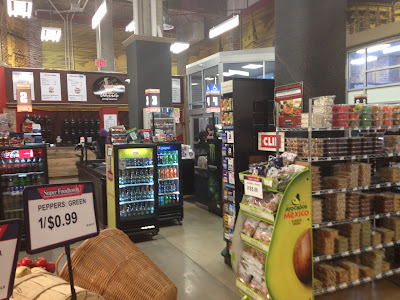 And a look at the front end, which has an entrance and an exit at either side. As I mentioned, this store had an Ahre's coffee shop inside when it opened, which later became a juice bar. 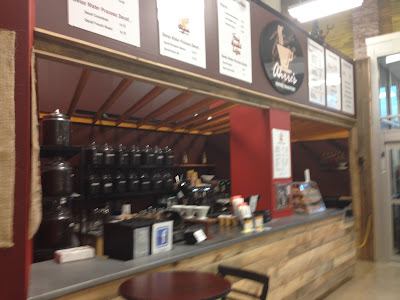 Heading back outside, we can also see the store's proximity to the train line, visible to the back left of the picture. 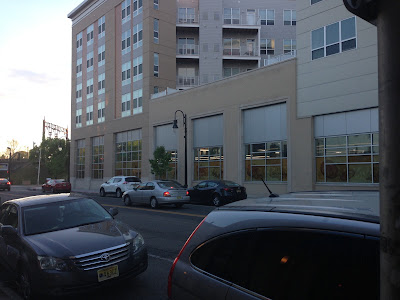 It's only about five and a half miles east on Bloomfield Ave from Caldwell (it's in the first block south of Bloomfield). Our final Bloomfield store will be coming here tomorrow, and make sure to check out our previous tours of the SuperFresh and the ShopRite in town, along with the East West Foodmart and the former Food Fair! Just to throw some more links at you, here are our other two stores for today: an update at the SuperFresh in town and the former ACME. Up next we'll be taking a look at another newly-built store in town tomorrow here on The Market Report, then heading back to the former Food Fair for an update and a look inside!