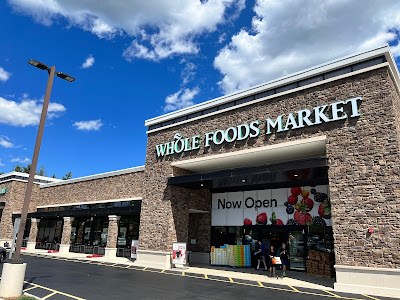 Welcome to the newest Whole Foods in New Jersey! This store opened on July 27, 2022 and I was there just about two weeks later to check it out. The store is roughly 60,000 square feet and replaced an ACME, which in turn replaced a 90s-era A&P sold to ACME in 2015. 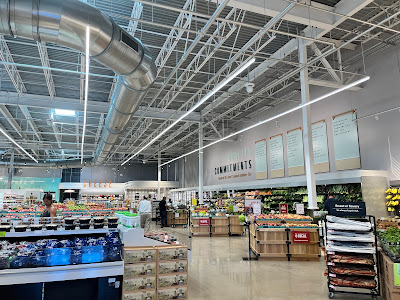 However, I think the ACME/A&P building was demolished to make way for the Whole Foods building -- which may actually be slightly smaller. This Whole Foods is still very beautiful, though, if a bit simpler than some others we've seen. (I don't know if that's true or not, but the store felt a little more basic overall, from the decor to the services. Perhaps it's a cost-cutting bid, or maybe just a coincidence at this single location.) 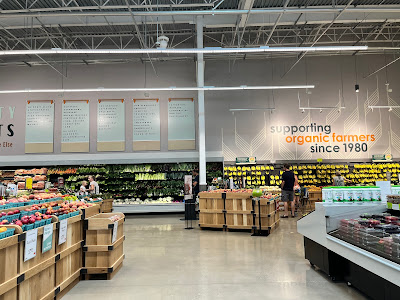 The layout, however, is very standard Whole Foods. Produce and floral are on the right side of the building, with cheese, seafood, and meat on the back wall. The first few aisles are HABA, with bakery, prepared foods, and deli on the left side wall. In a slight difference from some (older) stores, bakery is in the back left corner rather than the front left corner. 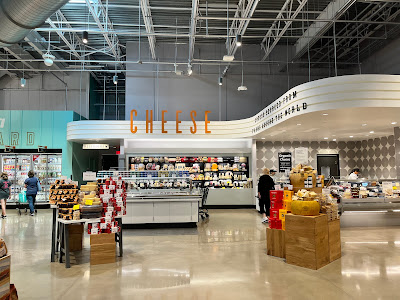 As we can see, the decor is very attractive here and works nicely in the bright and open space, but I feel like each department sign is rather simple compared to some other Whole Foods. Even, for instance, the fact that there's no lighting on each department sign makes it feel less deluxe. 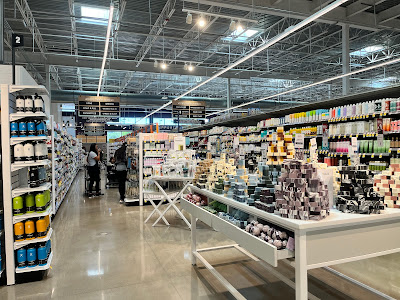 The HABA department, or the Whole Body department, takes up the first two aisles. I don't believe they're using that branding anymore, though, since it's just labeled Wellness & Beauty here... 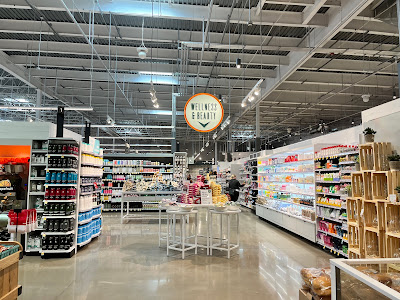 And as we see in a lot of Whole Foods, the aisles are split in half front-to-back. 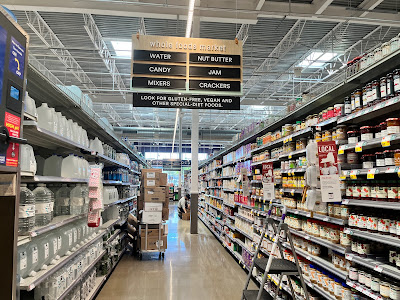 This store has the same feeling as, although slightly different layout and decor from, the Parsippany location, which is also fairly new. 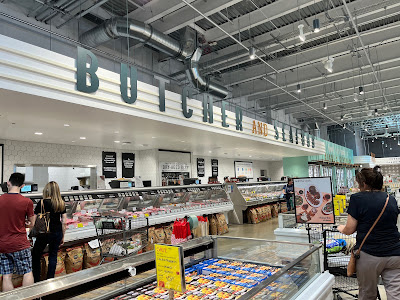 A very large meat and seafood department takes up almost all of the back wall, with some dairy next to it and facing. 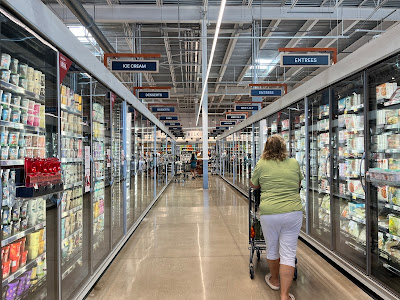 Something I've commented on before with Whole Foods is their use of coffin cases, even in newer and remodeled stores. It seems that they've stopped that, since this store uses exclusively upright freezers. 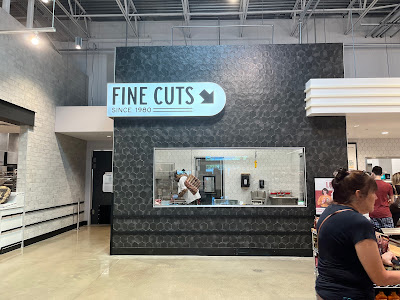 I liked this touch at the back, with a look into the meat cutting room. Custom cuts are available at the butcher counter, so this is mostly for show, but still a fun feature. 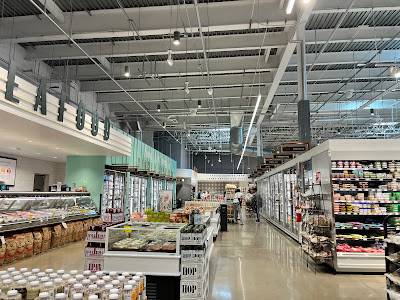 One more look across the back wall with meat/seafood on the left and dairy on the right. Though the decor might feel a little simpler here, I think it actually works nicely with the high ceilings and warehouse look. 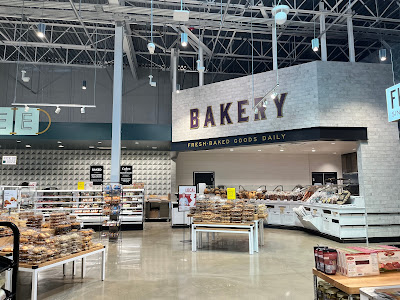 Bakery and prepared foods/deli are on the left side wall of the store. 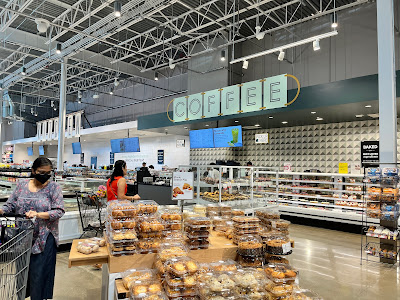 As you might be able to tell, there's nothing left from A&P/ACME inside or out, which means the building was either demolished and rebuilt, or else very extensively renovated. Here's a look at the ACME, both with its A&P decor and with its Quality Built remodel. It looks like it was a fairly simple version of QB. 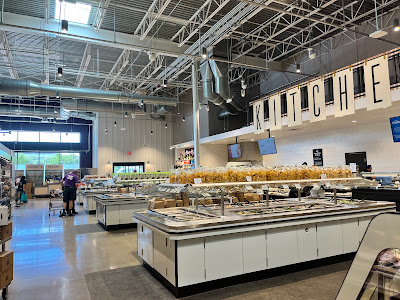 As we see, there's another entrance/exit door set on this side. I do like this hanging KITCHEN sign, but as you see there's not a whole lot to the decor. I also think this store is lighter in color than others -- they seem to have switched from primarily black fixtures to primarily white fixtures. I haven't decided if I like it or not. I think it's more noticeably in pictures than in-person. 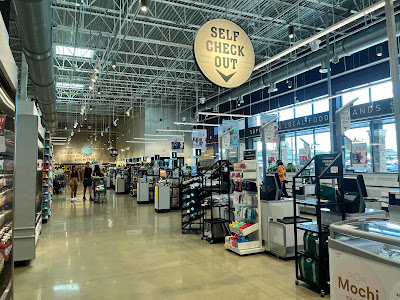 And now for our look at the front-end, which is nice and bright because of the large windows. 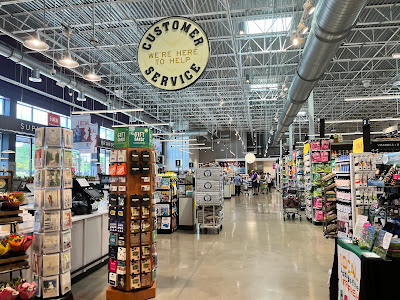 That's all for this Whole Foods, but make sure you check out yesterday's other Amazon-owned store, not too far away, here. Tomorrow we're back to Philadelphia on Grocery Archaeology, so go check it out!