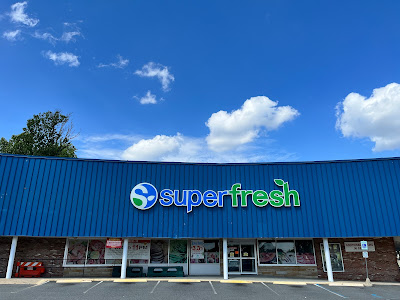 It's time for another Roselle SuperFresh update! We return once again for a look with pictures taken on August 9. I wish I had more up-to-date pictures, but this will have to do for now. I am out of state through November or so, so it might be a while before we get to see some very current photos. 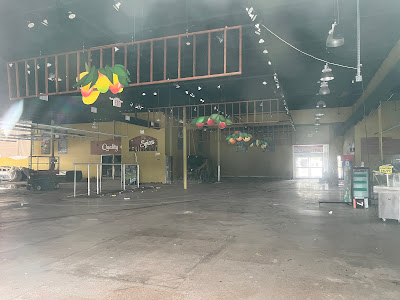 At first glance, there's no major differences visible, but when we look more carefully, we notice all of the fixtures that remained at the time of our last visit have been removed. In fact, there seems to have been serious work done on the inside -- finally. As I mentioned last time, the store was in fact waiting on insurance approval and, having received it, the owners have started on construction. 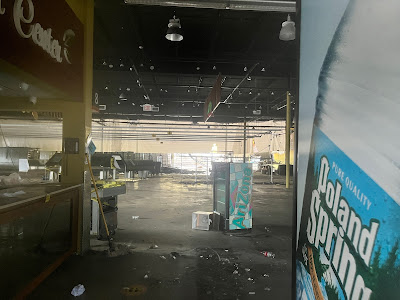 Note that, if you zoom in to the above picture, we can actually see all the way to the back wall of the store. There are still some random fixtures and equipment around, but the whole area has been cleared out. Most importantly, the collapsed roof debris has been removed. Let's head around back... 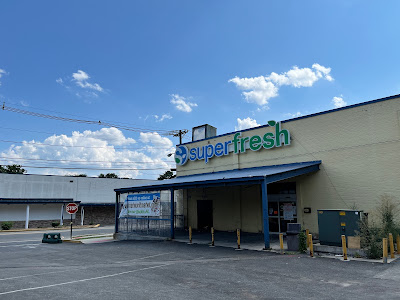 Nothing much to see on the building itself. But the parking lot is interesting... 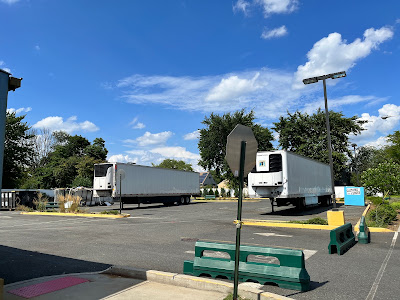 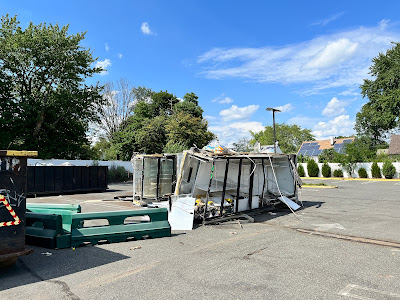 These freezers were completely destroyed when the roof fell in, because these were in the back aisle of the store where the impact was the worst. 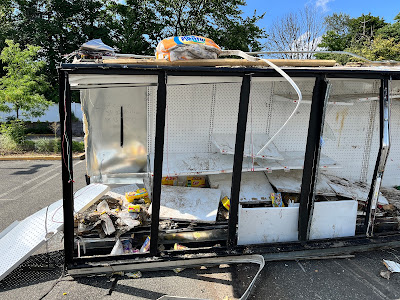 It's crazy to see the obvious impact on these cases because, of course, we never exactly saw the interior of the store with its damage. Now we know what happened in the inside. 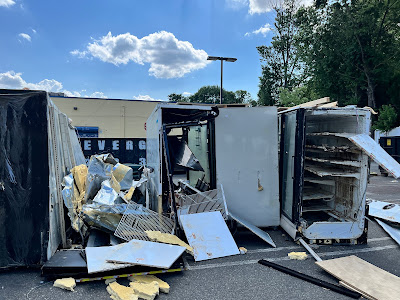 And remember that these fixtures remained in place for nearly a year before they were finally removed. 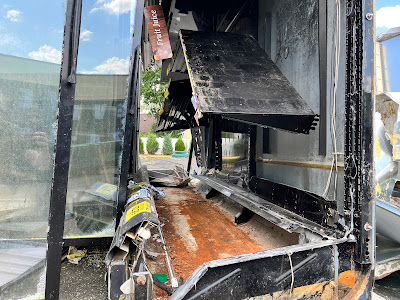 If you look carefully, you can still see price tags, sale signs on the bottom bumper, and the category marker. Also present in some of these cases... 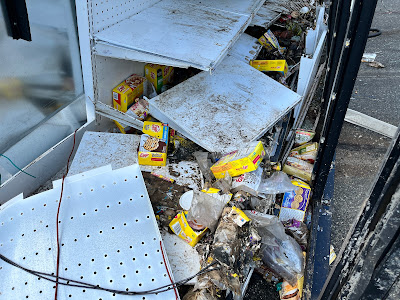 ...is food that was crushed in the roof collapse, and was never removed. Most of the food was in fact removed shortly after the store closed, but others in other parts of the store could not be retrieved. There were large dumpsters being filled with all the other random garbage from the store... 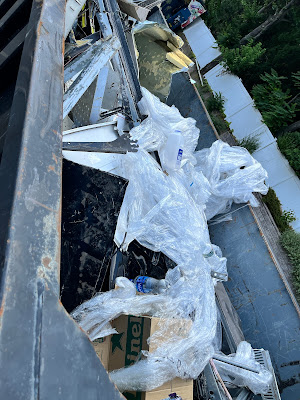 ...and it's hard to even tell exactly what some of these items are, they're just debris that needs to be removed from the premises before real construction can begin. 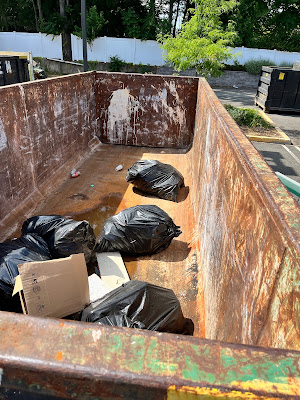 The good news is that construction has in fact begun, and the store is projected to open in the spring of 2023. The former Sears Appliance and Hardware building across the street in the same strip mall is being prepared for a new appliance store, which I think combined with the reopening of the SuperFresh next year will bring some much-needed life to this strip mall. More to come! But for now, we have a look at another SuperFresh under construction tomorrow here on The Market Report.