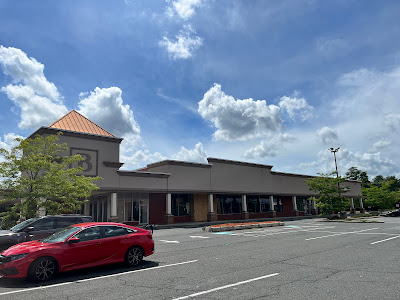 Welcome to Old Bridge! This sprawling town of 65,000 takes up over 40 square miles in central New Jersey, and we've previously stopped by a few stores around here including the ShopRite, the ACME, the Garden Farm, and a former ACME. Much of the business is centered around the US-9 corridor, but there are other pockets of small business districts on other roads. We're here in the Browntown area on county route 516 -- just about a mile west of route 9 -- at the Old Bridge Town Center, formerly the Browntown Shopping Center. Around 25,000 square feet of anchor space has been taken over by a SuperFresh owner, and the store is being prepared for opening. But after an initial November 2021 announcement, I didn't hear anything more about the store's progress. So in late August, I decided to check it out for myself. 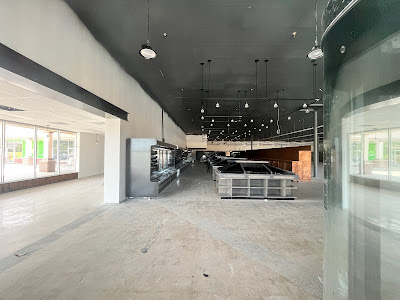 The former Walgreens space has been expanded slightly out the left side, as we see here, into a former neighboring storefront. The rest of the store is not very large, but it's been outfitted nicely as it is prepared for opening, probably next year. 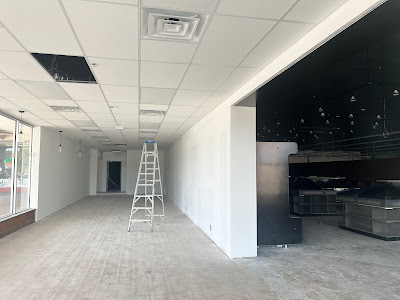 Here we see the expansion on the left side. I'm not sure what this area will be, although I have a few guesses. For one, it could be a separate bakery, coffee shop, or cafe area (although I believe there is already a deli installed at the back of the first aisle, so it's hard to tell). It could also be something like a floral department, depending on how much space they want to dedicate to it. Or perhaps what I assumed would be the deli is in fact space for meat and seafood service, and this is where the deli will be. 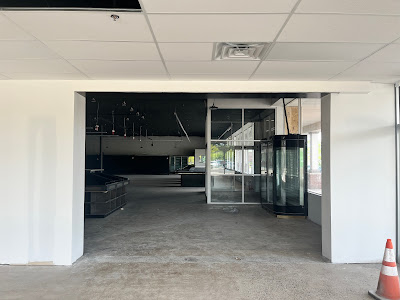 Looking back into the main supermarket space. I assume that case next to the entrance is for flowers, which makes me think this whole room probably won't be dedicated to floral. By the way, I don't know who the owner is of this store, so I'm not sure what store would be best to compare it to. And also, I suspect Key Food wanted to place a SuperFresh here because their corporate offices are now just a few miles away in Matawan. I believe the next closest Key Food store is The Food Emporium of Marlboro, an excellent store. (When I visited this one, I headed on to Marlboro to do my weekly shopping. It was wonderful.) 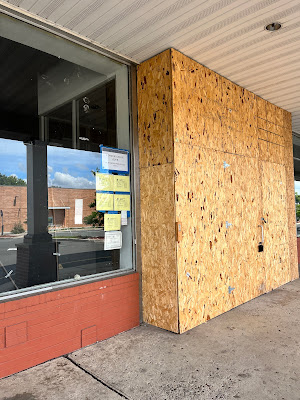 The entrance area is boarded up for now, while new entrance and exit doors are installed. Let's have a look inside the main supermarket... 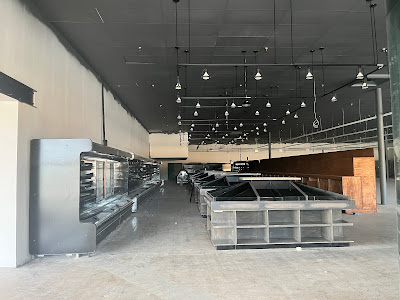 Here we see the first aisle, with produce on the left and in the middle. The shelving on the right is set up for a "wall of values" main display. (That's the Trenton Food Bazaar.) Notice a few things -- first, quite a few of these fixtures are brand-new, but others are secondhand and refurbished. New lighting is in, and I don't know about the flooring (will we get some flooring in, will this concrete be polished, or is this the final stage?). I have to assume something will be done to the floor before opening. The ceiling appears to be the Walgreens-era drop ceiling, just painted dark gray. And as for the walls, I assume something is going on them (in other words, this is not their final color) because if you look carefully, you'll see that the paint from the ceiling actually bleeds onto the walls. 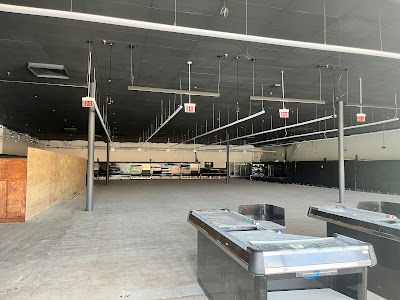 As you can see here, it's not a very large sales floor. It looks like they're set up for five aisles plus the produce department. 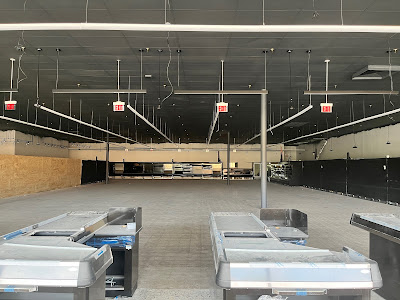 By the way, because we haven't heard anything on the ownership of this store, is it possible it's corporately owned by Key Food? They currently have one corporate Food Universe in Bayside, Queens, and they recently sold their other in Jackson Heights to Farm Country -- though apparently the Bayside location was sold as well. It seems like, while Wakefern has its corporate store ownership division primarily to acquire stores from members/operators, Key Food uses its corporate store ownership division primarily to establish and sell stores to members/operators. It looks like dairy and frozen will be in the last aisle, and these cases look secondhand. The front corner will be home to the store office and customer service, it seems... 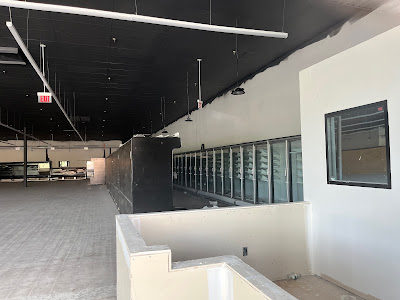 It's nice to see another SuperFresh coming soon, although it remains to be seen how successful they'll be outside of their core NY metro area. I will be back once the store opens! Tomorrow, we're off to East Germantown, Philadelphia for a look at a Wakefern store here on The Market Report.