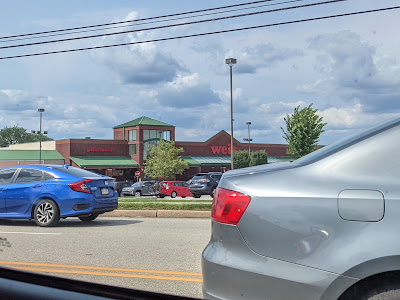 Just across the street from yesterday's GIANT is this Weis, which was constructed around 2005 as a Genuardi's. In 2012, when Safeway-owned Genuardi's went under, this store and a few others were sold to central PA chain Weis Markets. I'm not sure whether Weis renovated the 48,000 square foot store right away after opening (they didn't redo the store before opening), or whether they waited a few years, but I do know that by 2016 the store had been remodeled to the current decor package. Check out a photo of the store as Genuardi's here along with some more history. On Monday, we're headed into the next town west, Norristown, which is a little bit larger of a city and also the county seat of Montgomery County, for a look at a small store on The Independent Edition!