Another ethnic market along Wellington is the Marché Jasmin. This particular store specializes in Halal meats. 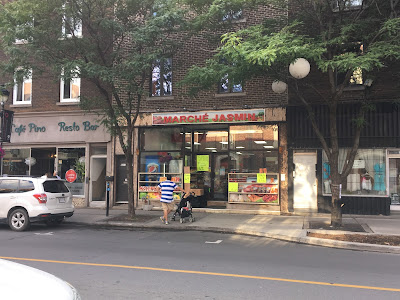 It also has a selection of groceries and produce and is just down the street from Marché Inter Asia. These two stores pretty well sum up the immigrant populations in Verdun; Eastern Asian and Middle Eastern.