This particular location, in the Whippany section of Hanover Township, seems to be a pretty bad spot for a supermarket. Whippany is most famous for the Whippany Railway Museum, which is definitely worth a visit. Here's a little history, the way I understand it...(not to say the way it actually happened):
How does that sound? That's probably reasonably close to what actually happened, but please, if you have corrections, let me know! 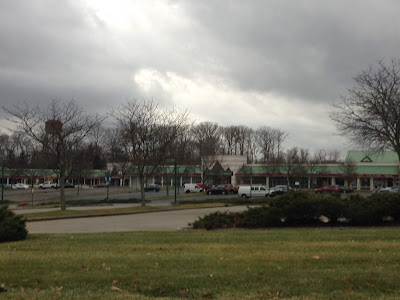 One of the factors contributing to the store's failure is its location, set far back from busy Route 10. It's quite hard to see when you're driving by quickly. I do know that the space, at 831 NJ-10, Hanover, NJ, is still vacant at this time, although I'm not sure if the facade renovation has started.