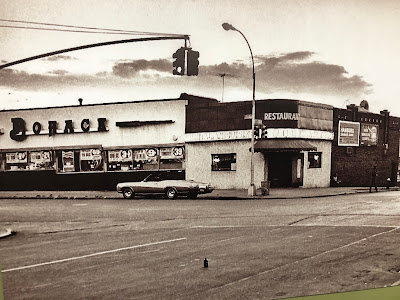 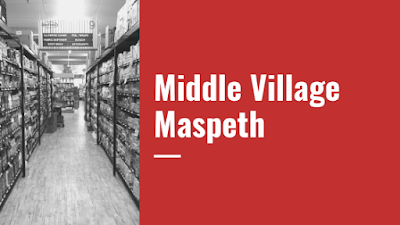 Just across the street from Village Barn is this Met Foods, also owned by Bill Fani. And that first picture isn't my own, I must admit. It's a historical photo posted on the front wall of Village Barn, but it's actually a picture of what's now Met Foods. 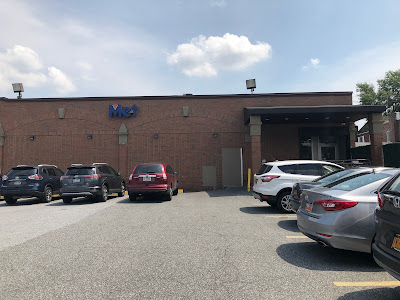 Today, the store has had a nice brick facade put on it (the picture of Bohack was the side facing Eliot Ave, while this is the back facing Caldwell Ave). For a look at what the front looks like now, see here. Meanwhile, you can go not very far back on Google Maps and see what Met Foods would've looked like for many years before their renovation and expansion. 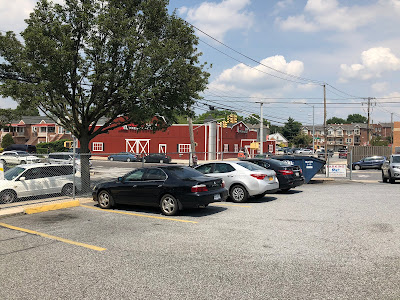 Here's a look at Village Barn from Met's parking lot. Now we're going to tour the store starting with the front wall (facing Eliot Ave). But like with Village Barn, I have a rather fuzzy memory of the layout. 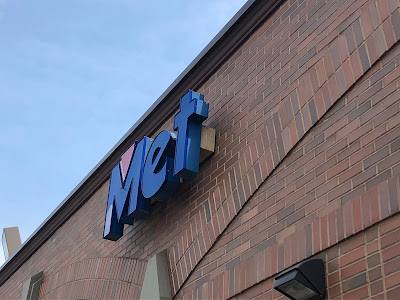 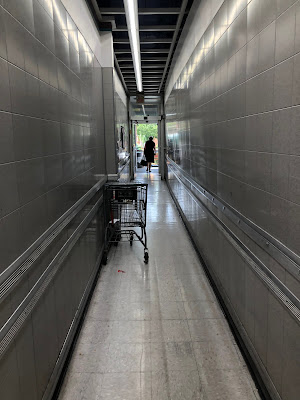 So the entrance/exit hallway is not beautiful. The rest of the store looks better, if not quite as nice as Village Barn. 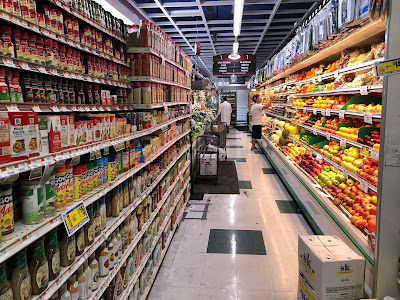 First aisle is produce on the front wall, with frozen along the side wall ahead and checkouts behind me in the above image. 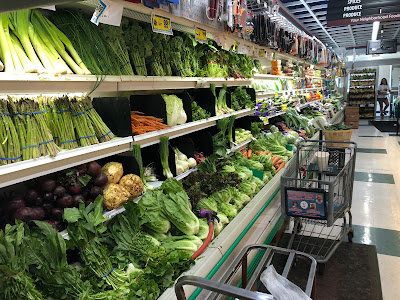 Still a nice selection of produce, even if the department is very, very small. 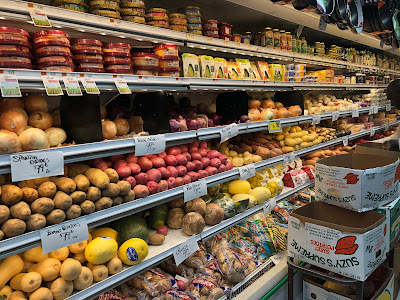 It seemed like they just had less organic selection. Clearly, the Met is a more value-based shopping experience. 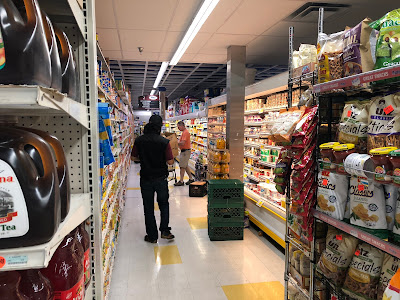 Dairy in the second aisle. And it's still a nice cheese selection, even if it's not beautifully displayed like at some of the very upscale stores. 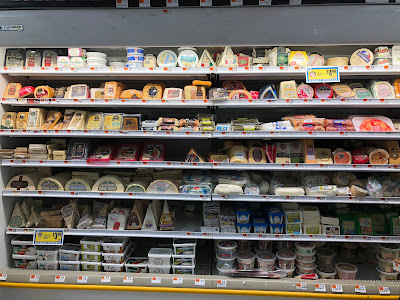 The grocery aisles are surely less sleek and modern than Village Barn, but still well stocked with all the basics and items you'd need. At about 8500 square feet, the Met is slightly smaller than the Village Barn. 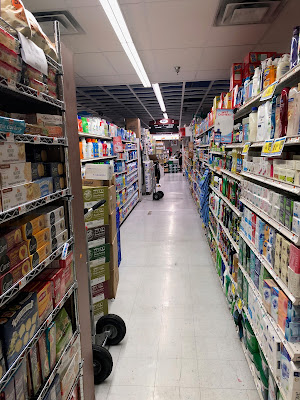 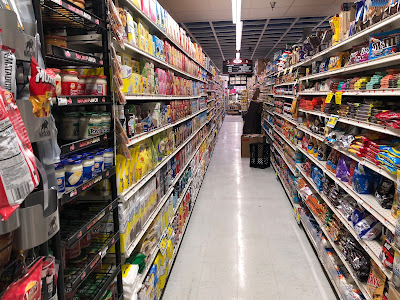 This Met breaks the tradition of condiments opposite produce, with condiments on the far side of the store from produce! 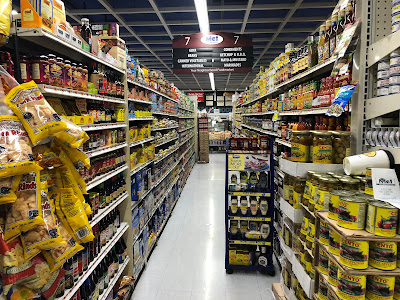 And frozen foods run along the side wall of the store. 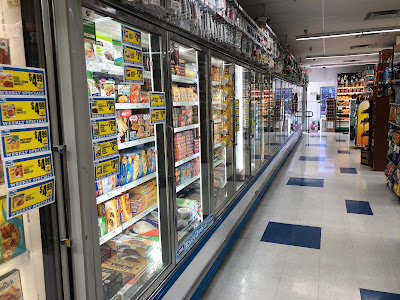 Despite the fact that it's smaller than Village Barn, the Met actually has more, shorter aisles. It tops out at 8 aisles, with meat in the last one. 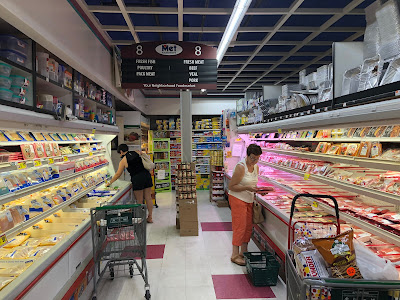 Seafood takes up the corner at the front of the meat aisle, with deli next to it. 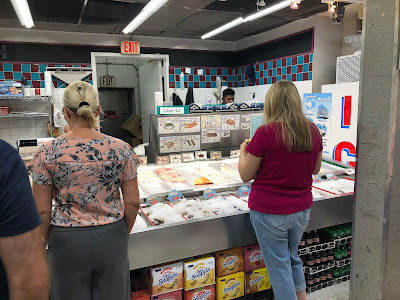 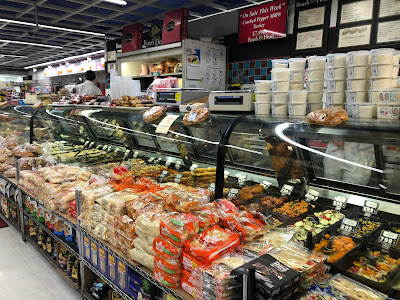 Deli is by far the store's largest department, which I guess shouldn't be surprising. But it's worth nothing that this store has seafood when Village Barn does not. 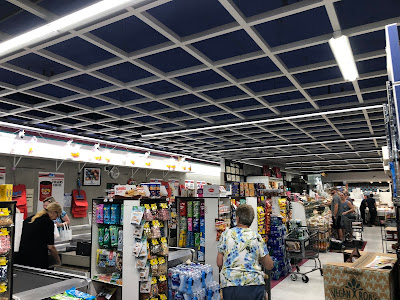 Middle Village also has a CTown Supermarket, though it's about a mile south of these two stores. And that's all folks, see you tomorrow in Maspeth!