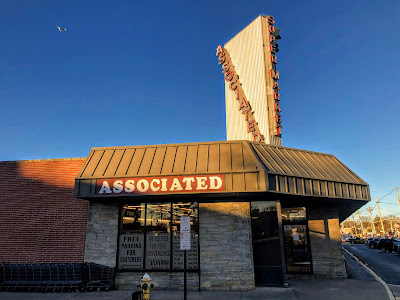 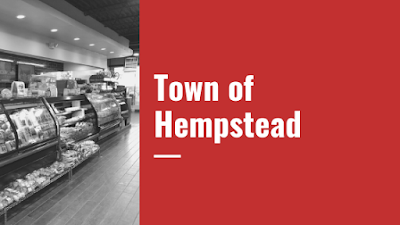 This has to be the oldest operating Associated Supermarket out there. Its corporate entity, Rockville Associated Market, Inc., was formed in 1962 (Associated had been in business since 1954). It's quite possible the exterior tower sign and interior decor is from day 1. The A&P Preservation blogger and I have also theorized that the store is a very early A&P and that the decor was the last decor packaged used with roughly this store design before the sunrise logo. I doubt it was built as an Associated, though. Maybe some supermarket historians out there will be able to offer some input! 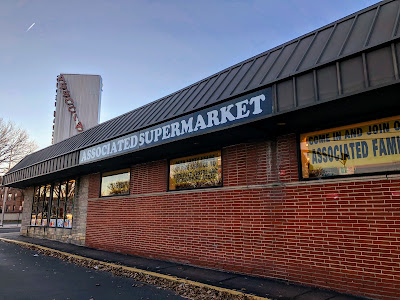 That said, looking at the pictures again, it almost looks like a 1980s homemade decor package. Might be some combination of all that. Anyway, the first aisle, which runs along the front wall of the store, is frozen foods. Seafood and meat are on the right side wall of the store, with produce and dairy on the back wall. Checkouts line the left side wall. 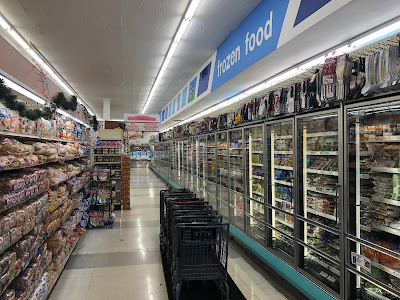 Regardless of how old the decor actually is, it's still a wonderful classic store. Great old fixtures (with the right teal color for an A&P of that time, too). But it's been beautifully maintained and looks as good today as it did on opening day. Maybe better. 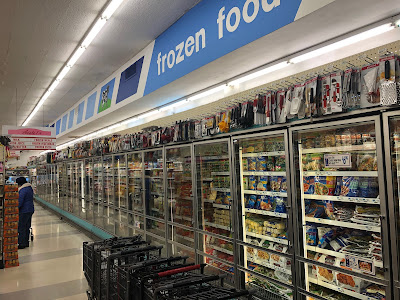 You can also see the hand-painted Associated logo on the front wall, which is rather charming. I wish I had gotten a better picture of the front end, but the Associated logo is relatively new. (It's the most famous one, which we also saw in Great Neck. It's since been updated -- focus on the A-circle design.) The original logo can be seen here. 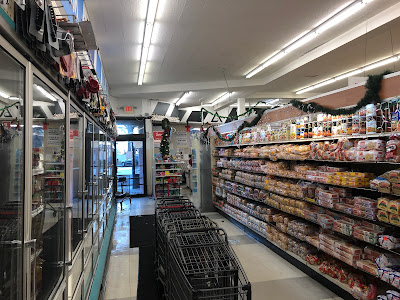 They do have a tiny service seafood counter, which is great. It's also quite possible that the decor has been repainted but is original to the store. Who knows! 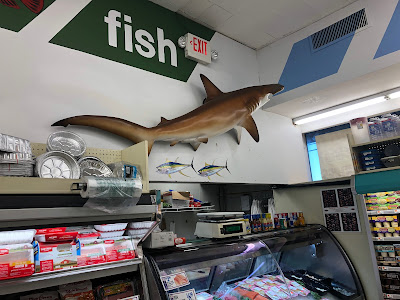 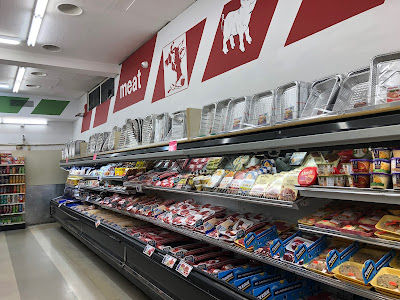 And though I thought that this decor may be A&P original, I don't exactly see how the graphics would fit with any of the A&P logos. Nice updated cases here. 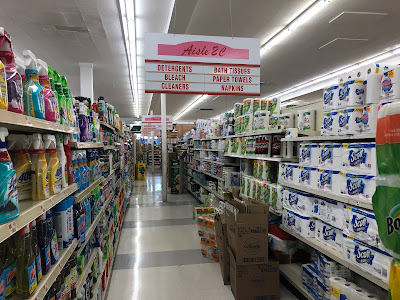 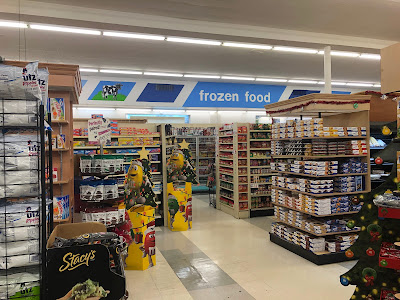 We can see clearly here that the lettering in "frozen food" is uneven, suggesting either hand-painted decor or hand painting over decor that was already there. 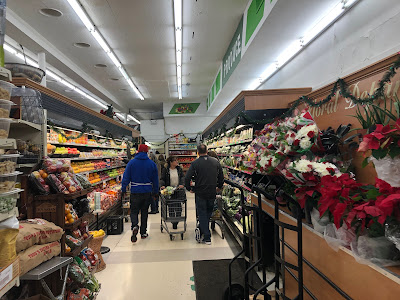 Produce and floral in the last aisle with nicely updated cases. A great selection in a very small store! 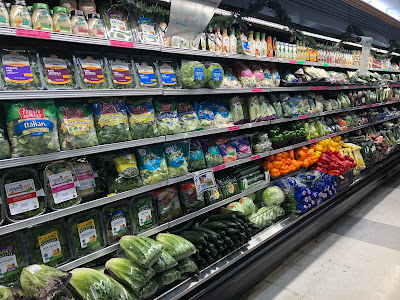 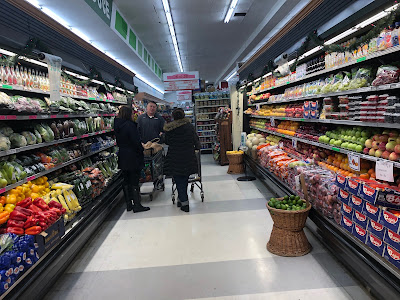 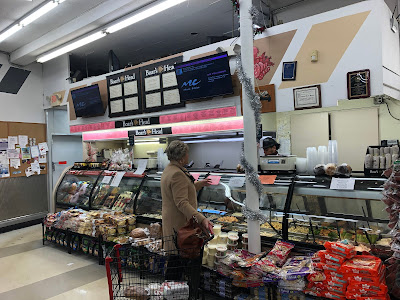 Deli on the side wall beyond produce. Checkouts are just out of frame to the left with prepared foods opposite the deli. 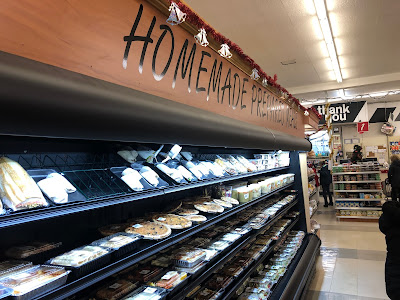 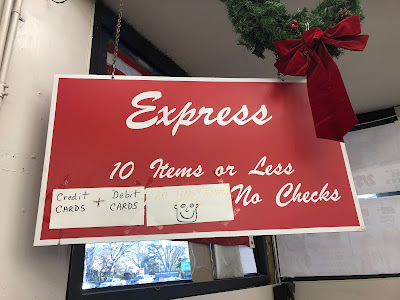 A great selection of fresh made meals and prepared foods... and a little sense of humor... round out our tour of this fascinating store! I don't know what it was previously, but whatever it was, it's been nicely preserved and updated. We have two more stores in Rockville Centre before we head west again!