Coming back to this store in Fairview, NJ. I visited for the first time over the summer of 2016, when it first opened as a Key Food Marketplace. In May 2017, we saw a full tour of the store, plus some pictures from Facebook of it as a SuperFresh. I decided to go back in April 2018 to see if anything really had changed. As we'll see, some things had. 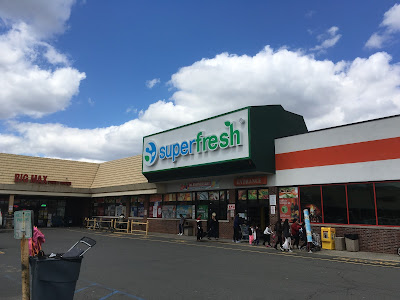 First and most importantly, a real sign has been installed on the awning. The carts have gotten...stranger, since my cart was a Winn-Dixie cart with full logos and even a store directory. 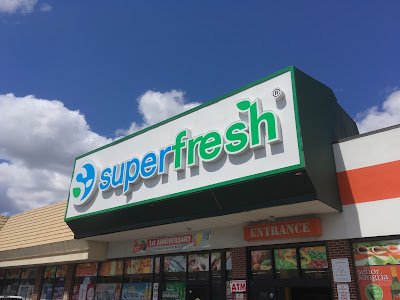 Entering, we find that the grand aisle looks mostly the same. The promotional Food Basics signs with Key Food stickers have been replaced with real SuperFresh signs. In the grand aisle, at least. 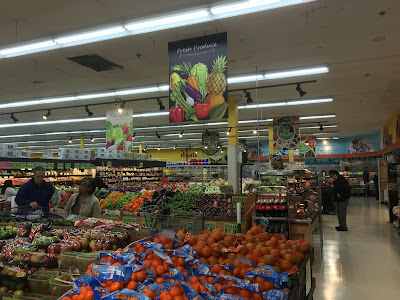 The produce here is excellent, and cheap. The nearby Food Bazaar's produce is just excellent. 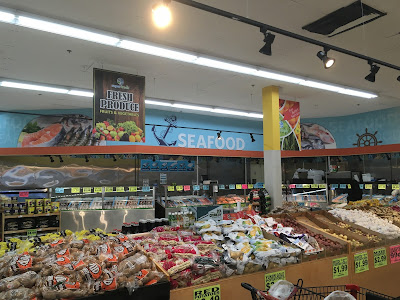 The seafood department looks virtually the same as well. It's nice to see that it has not been downsized. The sushi counter and juice bar are gone, however. 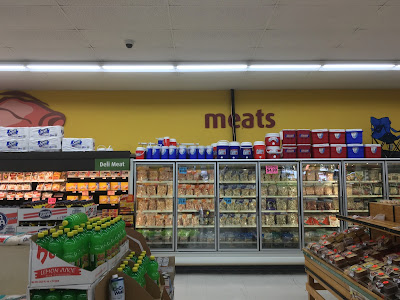 Two things to notice here...first, SuperFresh has painted the walls. Yellow. Interesting choice. But get this - somewhere in that process, they actually replaced the missing letter a in the word meats! There are, however, still no meats here. 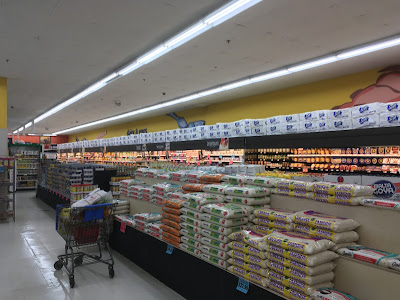 Yellow dairy along the back wall. Coffin cases here have been taken out in favor of bulk international items, including rice -- a staple in both Latin and Asian cuisine. The section under the "dairy and eggs" sign does not, of course, have any eggs. They are in the butcher shop. 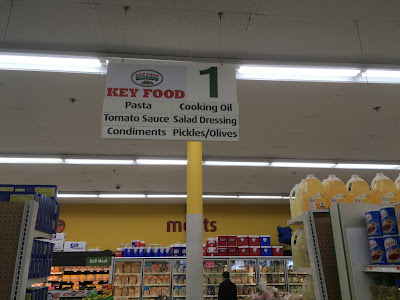 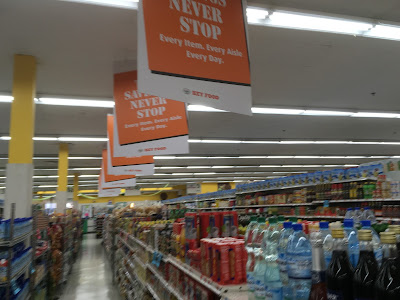 As do the promotional signs in the (otherwise impressive) international aisle. 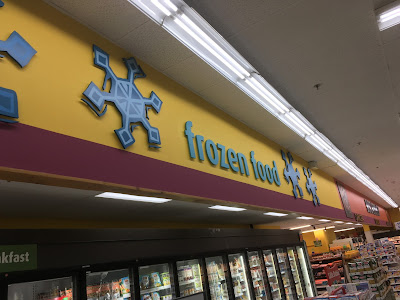 Frozen foods has also become yellow, although the butcher shop in the back remains orange.