If you were looking for the best supermarket in Worcester, here it is. No, seriously. 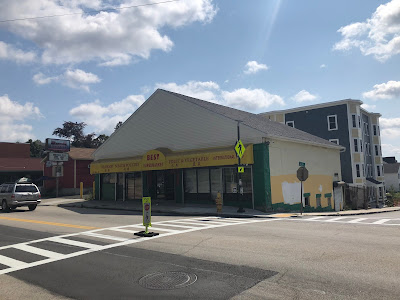 This store, which has been numerous other grocery stores in the past, has recently reopened under the name Best Supermarket. Strangely enough, it had previously been a store under the same name previously, and even with the same sign. All they did was replace some of the fixtures and restock! 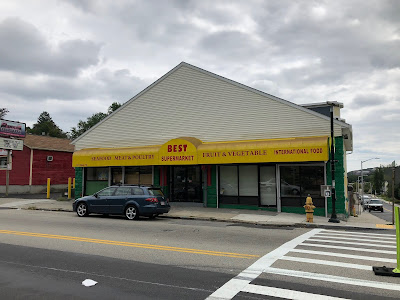 Plus a few changes a few days after that first photo in August 2018. Most notably, the Chinese characters have been painted over on the awning that they didn't replace. Which makes sense, since the store now is... 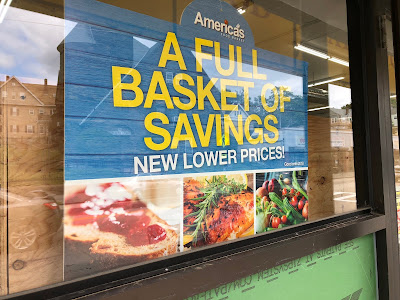 An America's Food Basket affiliate?!?! Yes, although it's not on AFB's website (at the time of writing). The current owners appear to be targeting the area's Latino population instead of the area's Asian population, as previous owners had done. (Both populations are significant in the area.) This store is located at 877 Main St, Worcester, MA.