This is one of those stores that just refuses to work, no matter who owns it. The building was actually an early Pathmark, later becoming a Times Farmers Market by 2007 (probably related to Times Farm at Five Points in Union, NJ), and then a Green Farmers Market by 2015. Green Farmers Market closed in 2016, allowing a Key Food operator to renovate the space, do a grand reopening, and promptly sell the business. Independent grocer David Oh bought the business and turned it into Fig Tree Market, a promising farmers-market-meets-butcher-and-fish-market concept, which is quite obviously struggling. So let's have a look inside! 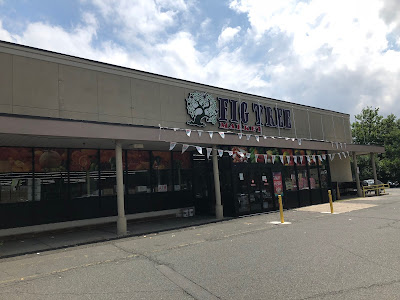 The poles, which used to hold flags, are now just sad sticks obscuring the business's name. 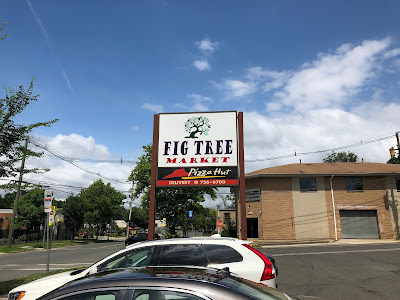 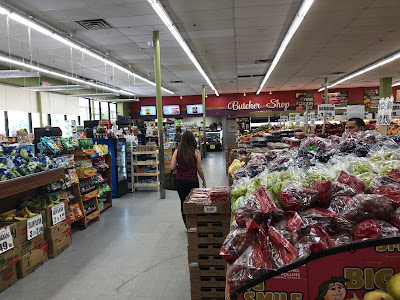 Quick look along the front end when you enter. The store's produce department is the best feature, and is fully stocked with a nice selection of standard and exotic produce, along with some locally grown produce. 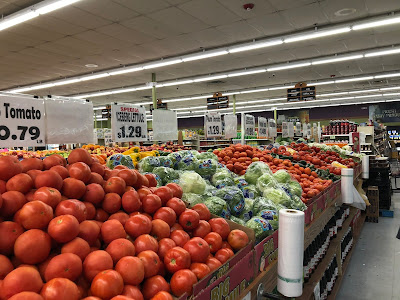 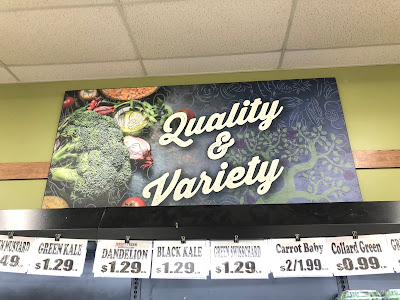 Let's take a second to look carefully here. First, where have we seen these signs before? That's right, SuperFresh in Plainsboro and Roselle! Initially I had thought that the signs had been installed by Key Food, but notice that they actually feature the Fig Tree logo. Furthermore, there's a nice selection of greens here, plus several local ones. Where else have you seen black kale? 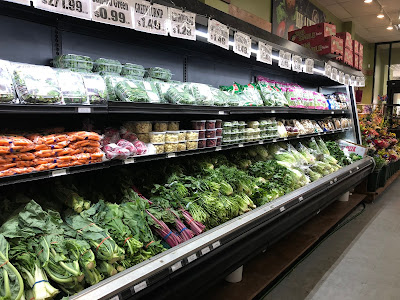 The produce looked fresh and there were more people in the store than I had expected, but they were mostly buying produce. 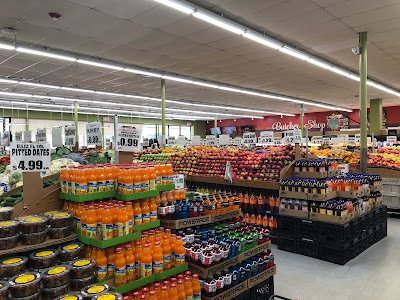 Here's a look across the produce department. 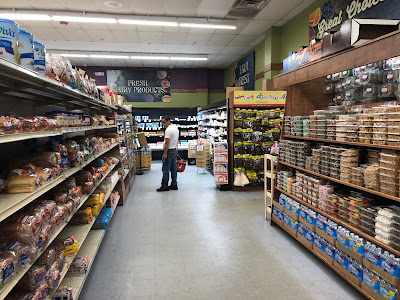 As we start to move towards the back of the store, we also begin to see the shelves getting progressively emptier. 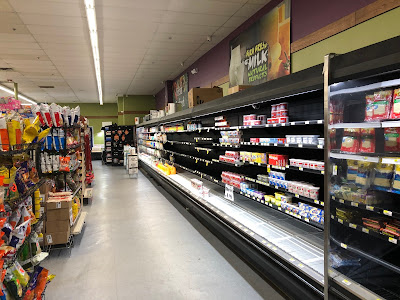 There's almost no dairy, for instance. This is a look across the back wall of the store. 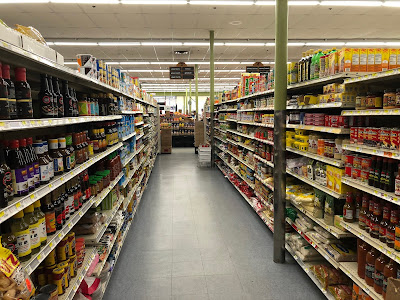 The international aisle was nicely stocked, but other grocery aisles were pretty sparse. 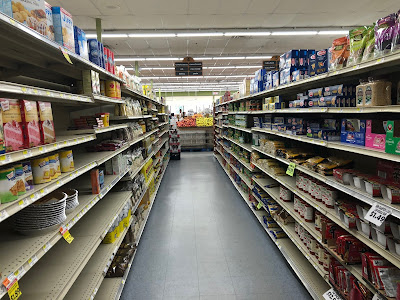 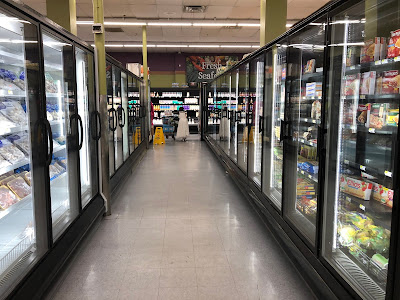 Mix of older and newer freezer cases that generally do not have much in them, along with a "fresh seafood" sign placed over the milk. Looking good! 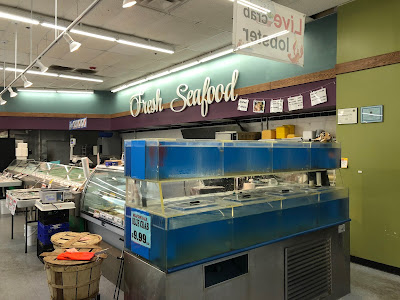 The seafood department was generally pretty nice, although there are no more live fish or lobsters. This department is likely run by an outside vendor. This script font was also used in the Roselle SuperFresh. 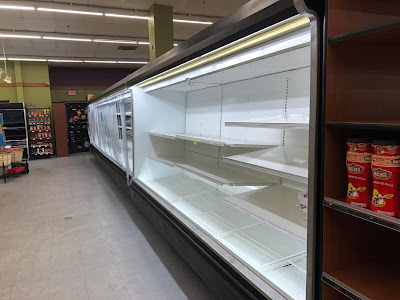 The meat and seafood cases facing the service seafood department, however, are completely empty. Frozen seafood has been moved over into the freezer aisle. 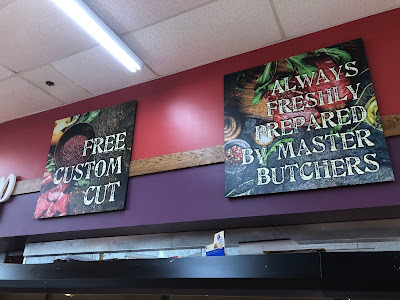 A small selection of packaged meat is located just under these signs, also used in both SuperFresh stores. 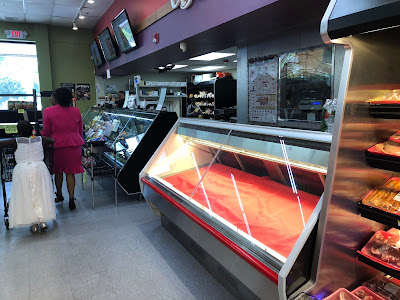 However, the butcher case was completely empty. The deli was up and running, though. Strangely enough, the empty cases were all turned on with the lights on. You'd think that, for instance, if they aren't going to run a butcher here, they'd remove the case or at the very least, turn it off. 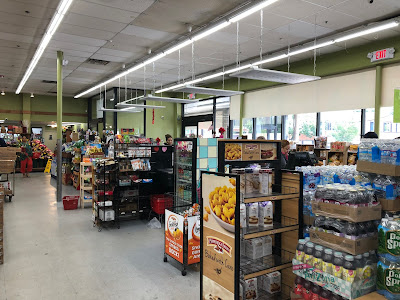 And here's a quick look across the front-end, which looks like any other supermarket. Based on the history at this location, as well as its current condition, I don't see Fig Tree succeeding. But who knows!