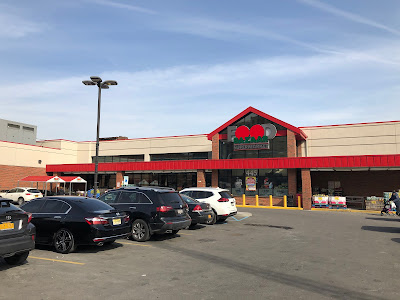 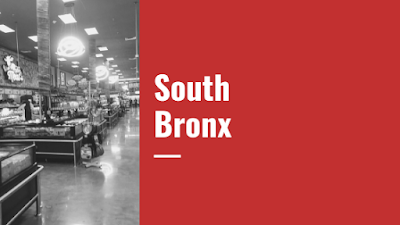 This 35,000 square foot Food Bazaar opened in late 2016. What makes it notable is that it's the first and only new-build Food Bazaar. All of their other stores had previously been something else in the same building, even if it wasn't a supermarket. A formerly vacant property was cleared and turned into this supermarket, with Food Bazaar's unique combination of serving longtime neighborhood residents while also making the newcomers looking for organic tofu and kombucha happy. And clearly taking advantage of the fact that much of the south Bronx has lately been converted from overgrown desolation to high-end mixed-use developments. That, by the way, is directly across the street from this Food Bazaar. Now for the store tour! 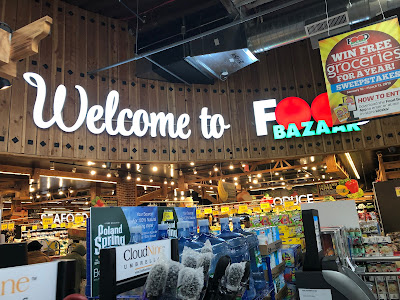 You enter and turn right to produce in the front right corner. Behind that, in the first room, is seafood in the back corner and service meat in an island on the left side. Dairy lines the back wall with frozen at the far end. Deli/bakery is in the corner on the front wall. 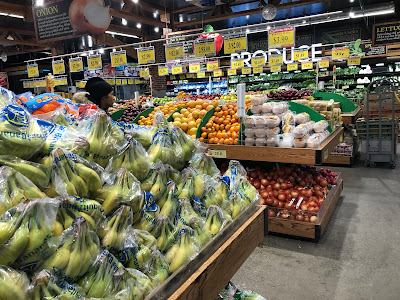 Yes, this is yet another beautiful Food Bazaar. Enjoy it while it lasts, because I don't have any more Food Bazaars photographed for a very long time. (Except a quick revisit to one of the New Jersey stores... which we won't be at for months.) 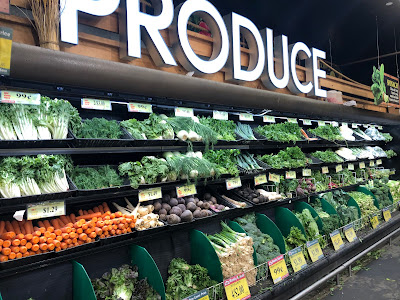 Notice that this store, which opened at the same time as acquisitions in New Jersey, features the same font for department signage as Fairview, while North Bergen and Elizabeth each got slightly different variations. 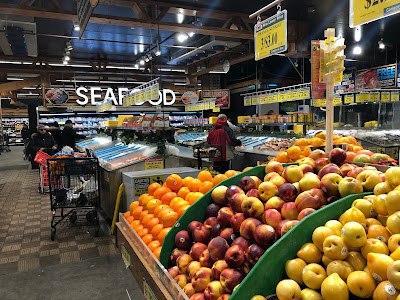 Seafood in the back corner. The wall we're seeing straight ahead is the back wall of the store. 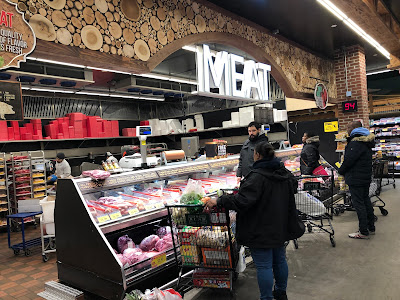 The (clearly very popular) butcher counter in an island to the left of seafood and produce. Grocery aisles continue on the other side of this island. 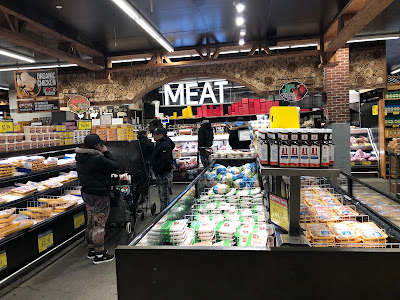 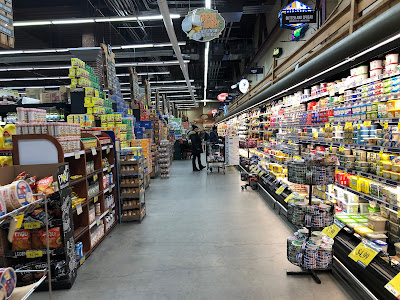 We can see here, looking across the back wall, although the store is large, it's not huge. 35,000 square feet is quite large for this part of the Bronx, but there is also a 56,000 square foot Food Bazaar (formerly a Waldbaum's) half a mile west, with the 83,000 square foot Bronx Terminal Market store just 3/4 mile beyond that. 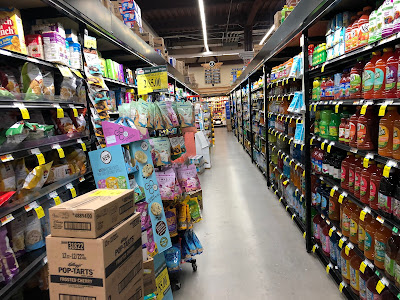 Notice that, unlike some more deluxe stores like BTM or Manhattan Avenue, this one does not have lights running along the inside of the grocery shelving. 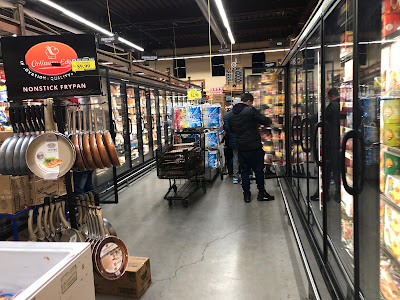 Frozen foods in aisle 10. There are 13 aisles total, with the last one being just grocery, oddly. 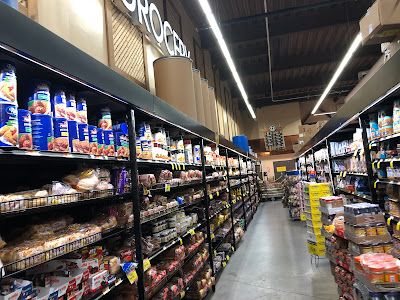 Deli, bakery, and hot food in the front corner of the store. 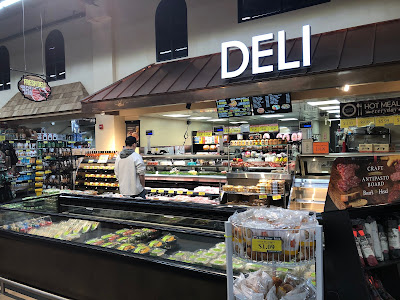 Notice how efficiently the space is used. The deli counter has self-service in the front, with rotisserie chickens, pre-sliced cold cuts, and packaged hot food (not yet out for the day). Then the service counter has baked goods, a sandwich bar, and a hot food case. The deli meats are then displayed in a case behind the counter visible to the customers. You have to be very smart about your use of space in a dense urban area like this. 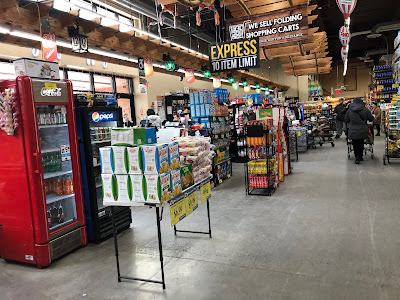 This particular location lights its registers up with green bulbs when they're open, a very nice touch to easily see what's open and what's closed. And I like the double wood structures -- most locations have either the long, flat one or the wavy one. This might be the only store with both. Anyway, I'm very disappointed to tell you that that's the last Food Bazaar we'll be seeing for a long, long time. But don't you worry, we have lots of other really cool stores coming your way. Stay tuned!