Does anyone else feel like there are more and more little, not-quite-bodega markets around in the cities or is it just that I'm only now aware of them? I don't mean true bodegas, I mean more like super carnicerias that have produce, a little deli, maybe 3-4 aisles of groceries, and a huge meat counter in the back. I always feel like they're better for a neighborhood than a convenience store, because they sell fresh meat and produce.

Both my parents grew up in the Elmora section of Elizabeth. My father worked at the Mayfair Foodtown, which is now partially the Elmora Farmers' Market. (Ironically, his family shopped invariably at the Pathmark, which is now Food Bazaar.) Their parents, mostly, always went to Jaspan Brothers Hardware, always called Jaspan's. A really old-fashioned friendly neighborhood hardware store, Jaspan's lasted until 2009 when the owner, Mr. Jaspan, retired and moved away. 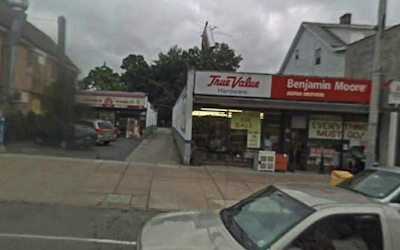 Jaspan's was a True Value store. Here we see it in liquidation in September 2009, courtesy of Google Maps street view. Jaspan's had parking in the back, which it shared with this little Kosher grocery store (set back on the left). Elmora used to be a highly Jewish area, which has given way to mainly Portuguese and more recently, Latino residents. (The nearby ShopRite, built in 1994, had a Kosher meat department when it opened, which closed recently.) There's even a Kosher Chinese restaurant on Elmora Ave.

Anyway, Jaspan's was gutted and taken over by the independent Econo Super Carniceria, which barely lasted at all. Soon thereafter it was bought by La Conga, an independent supermarket in Jersey City, and reopened as La Conga II. La Conga II didn't last either and the store most recently has been switched to International Supermarket. 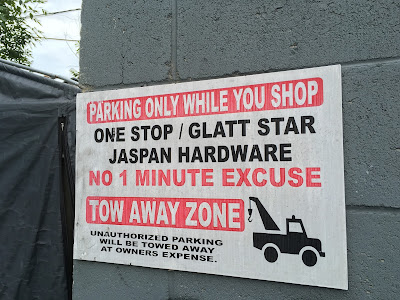 Parking in the rear, we first come across this sign, which
1. still lists Jaspan's as a tenant
2. omits Avenue Grill & Sushi (a Kosher restaurant), which also shares the parking lot.
The "no 1 minute excuse" is due to the fact that Elmora Ave is a busy shopping district, with limited parking. (Street parking is available but scarce.) 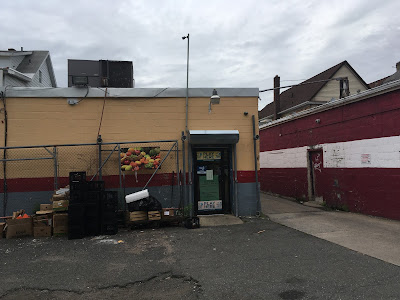 This might be an entrance in the back, but we're going to head around front to go in. The red and white building to the right is the One-Stop Kosher Market. 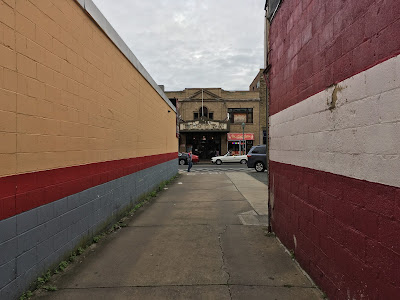 Great view of the old Elmora Theater straight through from the driveway. 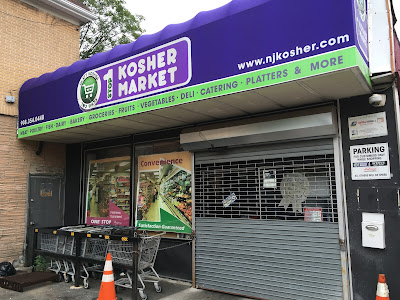 The Kosher market next to International, closed on Saturdays. The building to the left here contains Avenue Grill & Sushi, owned by the same people as the market. 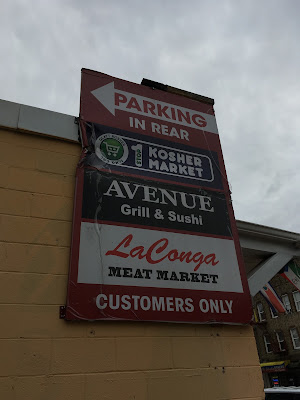 This sign on the side of International's building still lists the grocery store as "La Conga Meat Market", gone for over a year at this point. 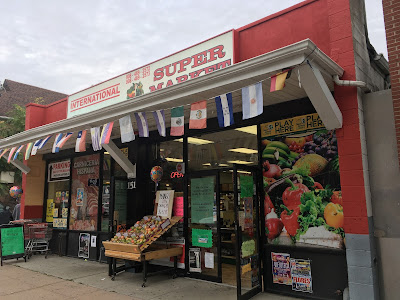 The sign really is the La Conga sign with the "La Conga" lettering scraped off and replaced with International, which makes me wonder if it's actually the same owners. 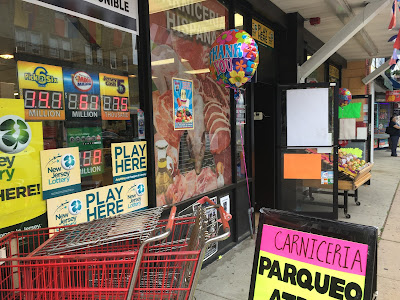 You enter on the right to a small produce department along the right-side wall. There are three grocery aisles with dairy in the first and frozen in the last. Meat is along the back wall and deli and customer service are in the front left corner (where the lottery numbers are in the above picture). There are two checkout registers. Now for our look inside... 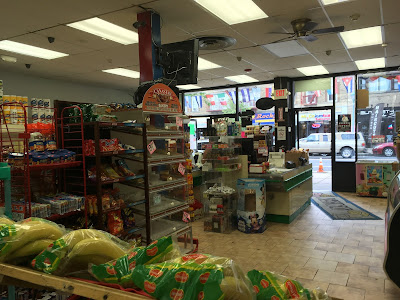 Checkouts in the front. You can see the front edge of the deli case to the right. 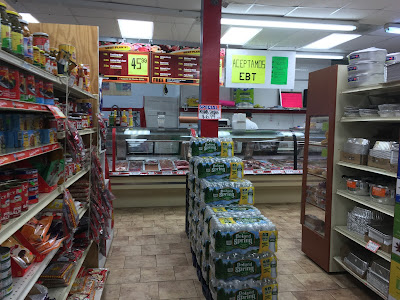 Meat along the back wall. The butcher counter takes up the entire back wall. The middle grocery aisle looking towards the front of the store. As a side note, International uses several storebrands, including Krasdale, Parade, and Better Valu. 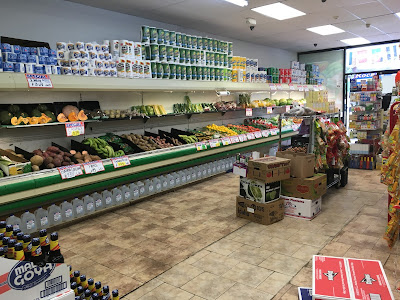 The meticulously-organized produce case in the front. Every item was beautifully displayed, especially the scallions which were in bunches as carefully done as bouquets of flowers, and each was perfectly vertical. I think in a small, low-volume store like this the staff must spend all their time organizing it. And it certainly shows: International was much cleaner and neater than most inner-city "super carnicerias". Also notice the flooring - the patch in the middle makes me wonder if one of the prior tenants had extended the aisles to the front and maybe just used customer service as a checkout.

A few pictures I grabbed as I drove by one night: 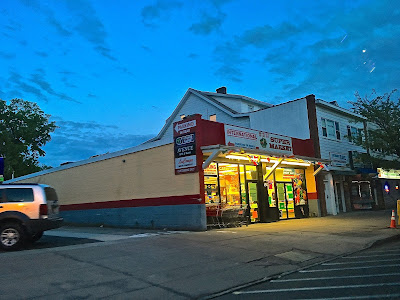 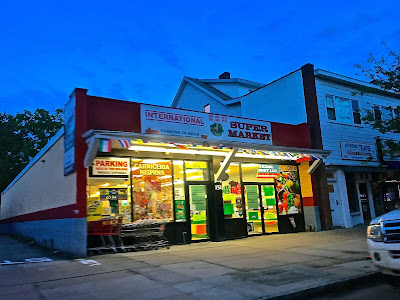 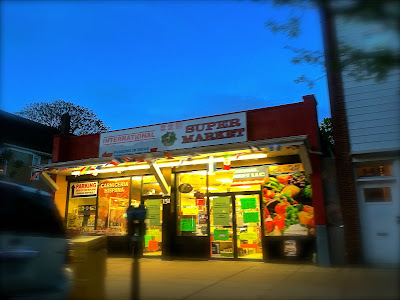 As usual, no, I was not driving.

Get really for a really different store tour on Monday!