Jersey City, one of the largest cities in the state, has multiple different neighborhoods that all have very distinct personalities. A while back, we toured the Aquí Market on Sip Ave in Jersey City, which is in the Journal Square neighborhood, a cosmopolitan and very diverse section of the city. We're here for Aquí Market's other location, in the far-south part of Jersey City on the Bayonne border, a quieter, more suburban neighborhood. This store opened in the 1970s as an Acme. 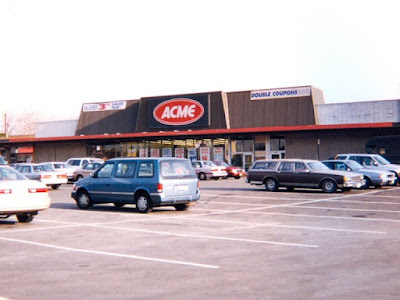 The Acme closed in 2010 and was replaced soon after by a Super Fine Fare. 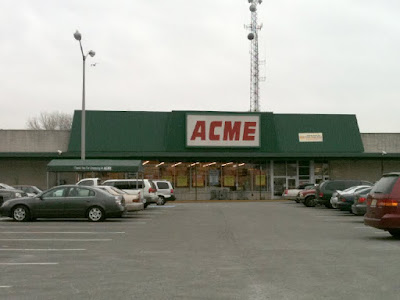 Fine Fare, as usual, didn't last. You can check out the interior of Acme and Fine Fare here on Acme Style. Soon after Fine Fare closed, Twin City Supermarket opened. Twin City is a local chain, and this store shared an owner with the Sip location and another store in Bridgewater, NJ. Circa 2015, that operating group decided to switch their stores to the new Aquí Market banner, while remaining in a part of the Twin City group. So although the store's name is different, they are still serviced by the Twin City warehouse in Elizabeth, NJ.

The facade was renovated by the landlord when Twin City was in business, and was redone once more by the owners when the switch to Aquí occurred. An interior renovation coincided with the rebrand also. 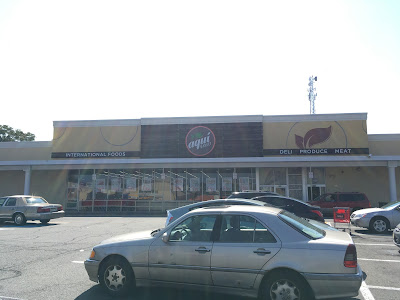 The wood (which is real, by the way), leaves, and stripe along the bottom were put up by Aquí. 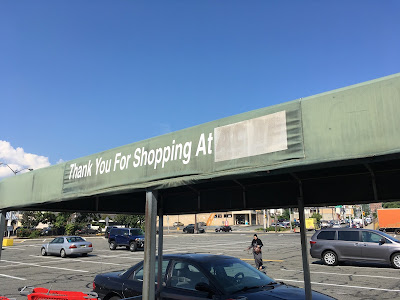 Hmm. It's been almost ten years and the cart corrals still say Acme (almost)? Maybe it's time for some new cart returns. 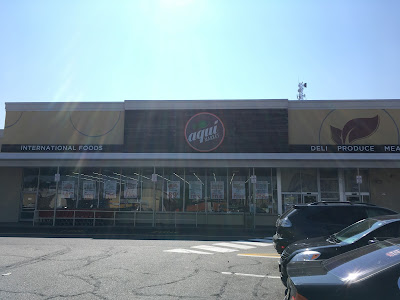 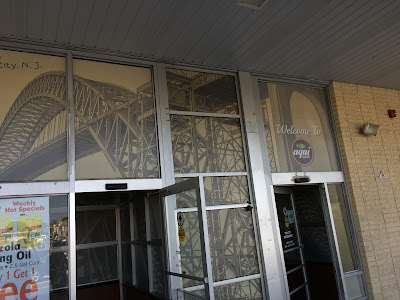 Great old pictures, which we'll see throughout the store. You enter on the right... 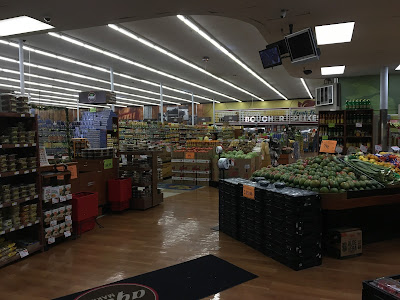 You enter into the produce alcove, which extends to your right, and which Aquí has fitted with really nice fake wood floors. Aquí has extended the produce down the first aisle, while dairy runs along the right-side wall. Meat, seafood, and deli are at the back of the first aisle; meat continues along the back wall, and strangely enough, milk is in the far back corner (despite dairy being in the first aisle). Frozen foods run along the last aisle. Acme's bakery has been removed. 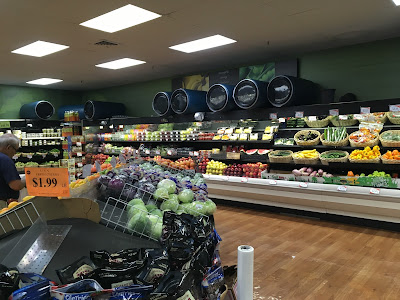 Very nice produce section with the floor and cases. 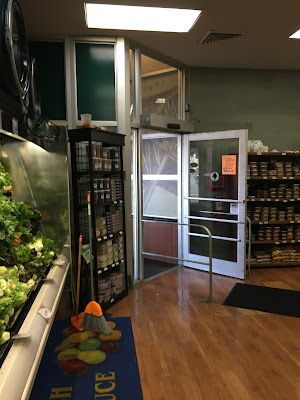 Looking back at the entrance, which is very Acme-like. The ceiling in the produce alcove is very low, but in the rest of the store, it's exceptionally high. I don't know how high or why it is, but it makes the store feel very open. 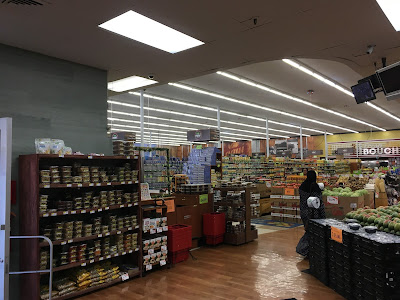 Overview of the produce alcove. 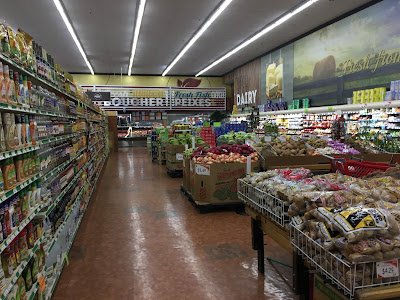 Here you can see the expansion of the produce department Aquí added, with dairy along the side wall. Again, great wall graphics. 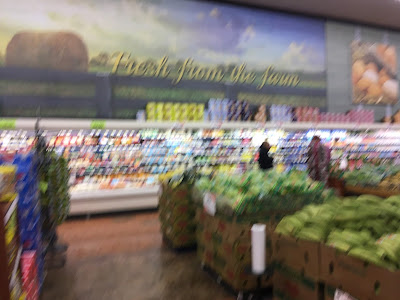 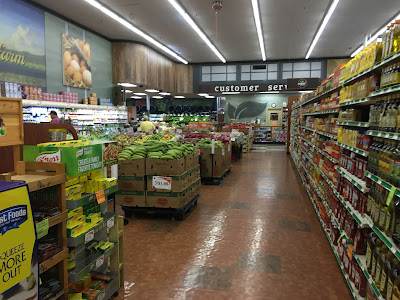 Customer service is in the front of the first aisle. 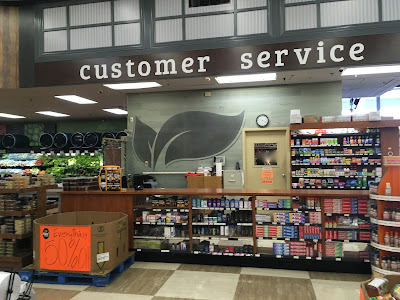 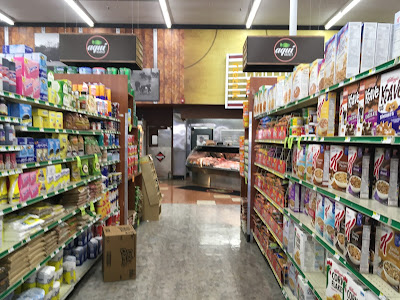 All the flooring has been replaced by Aquí. Also notice how the aisle markers hang over the shelves, not the aisles! 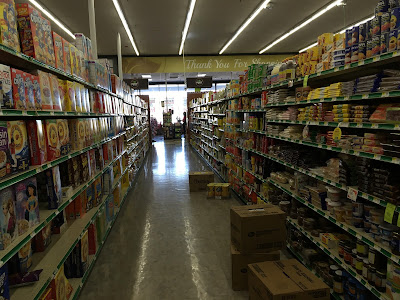 It was pretty early in the morning when I visited, hence the empty store and boxes. 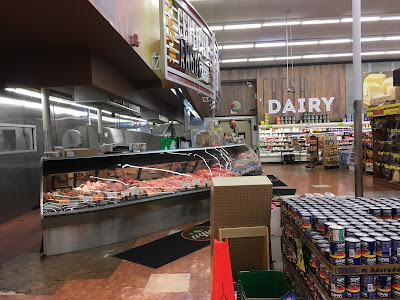 The meat/deli/seafood counter is very large and is rounded, as is the sign hanging over it, which is pretty cool. 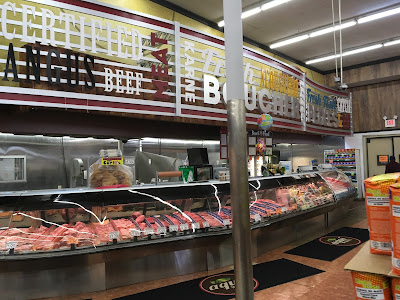 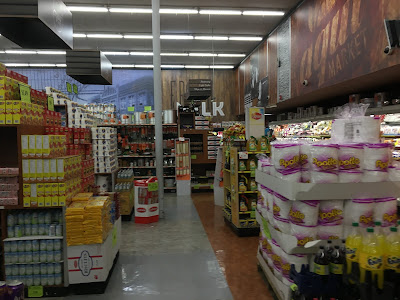 Meats along the back wall. 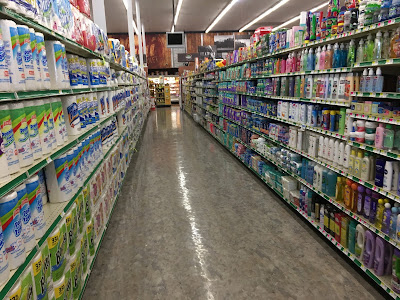 Surprisingly, the floor is actually great in this store. So many urban/ethnic stores have beat-up, old white vinyl tile in the whole store ... including the other Aquí Markets! 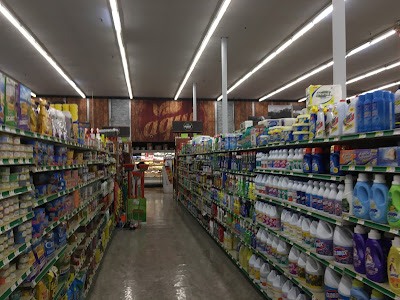 Here you can see how high the ceiling is. Acme Style said in the 2010 post about the Acme...


"Notice how high the ceilings are in this store. All the more reason to put some more exciting graphics and colors on the walls... in my opinion anyway."

Well, I can safely say Aquí did just that! 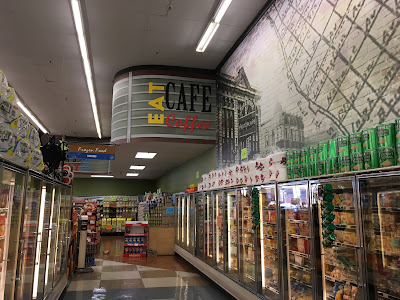 Frozen foods in the last aisle. No, there is no café in this store and I don't think there ever was. This front corner was Acme's bakery. 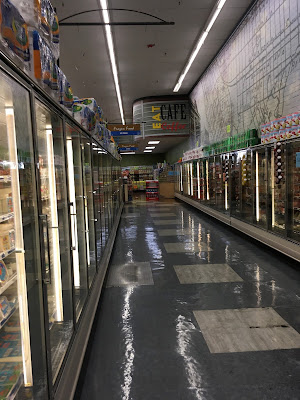 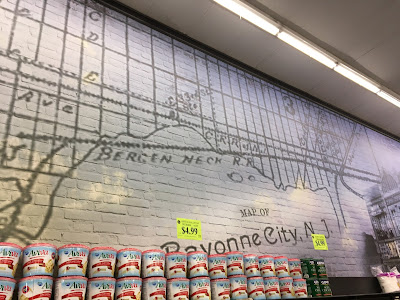 Awesome map of Bayonne (just blocks away from the store) on the wall in the last aisle. 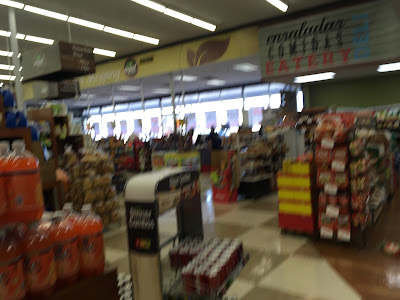 Looking from the last aisle towards checkouts. 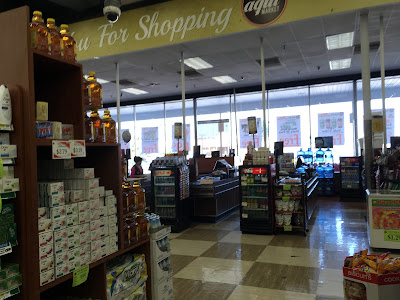 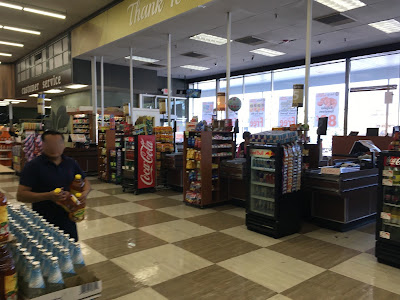 Once again, the flooring is all-new. However, I think the checkouts are left over from Acme.

This Aquí Market is definitely the nicer of the two I've been to, and I think it's their nicest store. I love the decor and the facility, but I don't know anything about prices or selection. Any input?