Welcome back to Passaic, NJ, the Birthplace of Television ... and the location of the latest CTown Supermarket to be renovated. Opened ca. 2005 as Popular Supermarket, the store became CTown ca. 2014. 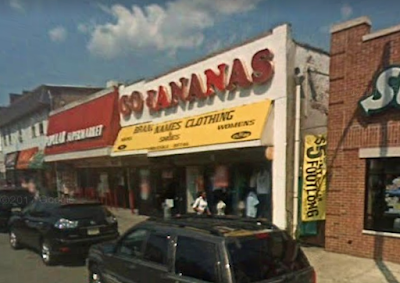 Hmm...I'm kind of thinking any place that has to advertise "brand names clothing" on its awning probably isn't selling too much real brand name clothing. Google Maps street views from 2008 above. The conversion to CTown, probably under the same owners, roughly coincided with the closure of Go Bananas next door, and the owners of CTown decided to advertise their own business on the front: 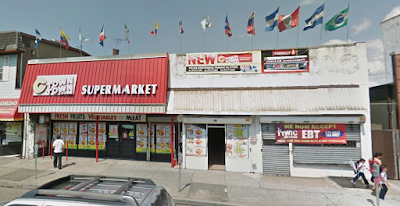 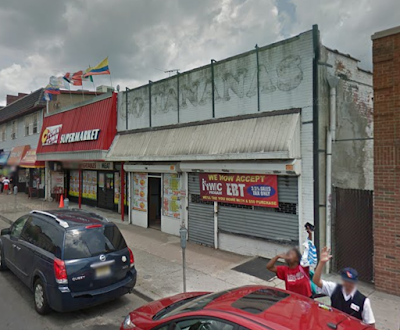 Both of the above images are also Google Maps street views, these from 2015. If you look carefully you can see the door to Go Bananas is open. The switch to CTown also began a pretty major renovation of the store. The facade got a much-needed upgrade... 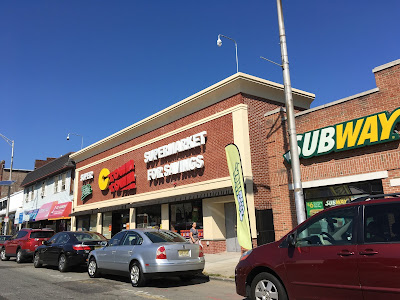 The store is very narrow but goes way back. There's a parking lot in the back. The store is located on Main Ave, right in downtown Passaic, on a hopping business corridor. So it's nice to see that the front is being redone because that's what most customers see. 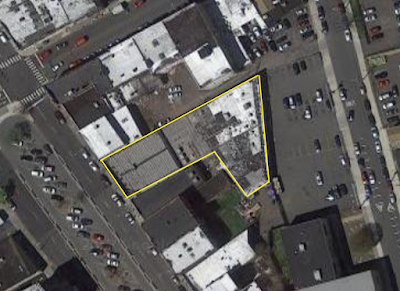 The CTown is outlined in yellow. Image from Google Maps. 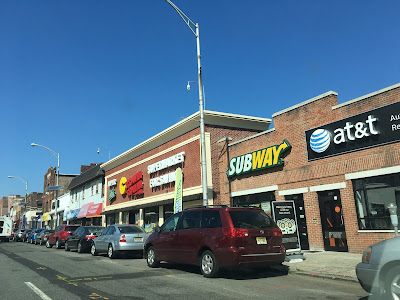 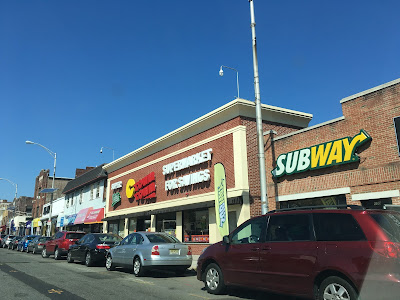 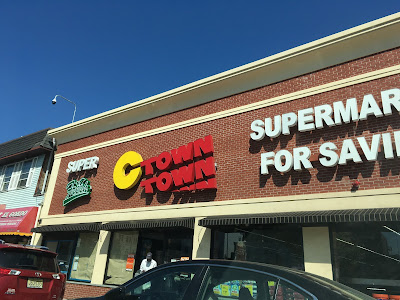 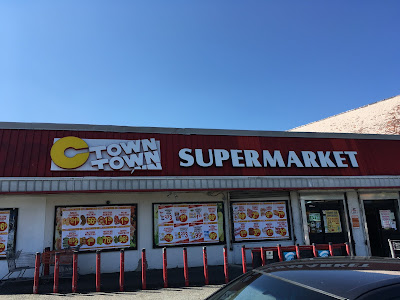 The back of the store from the parking lot, clearly pre-renovation. At the time of my visit (9/24/2017), the interior was still very much under construction. Let's head in through these back doors... 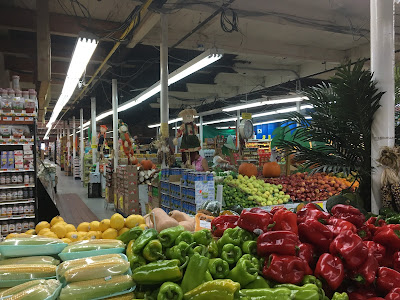 No, the store's not huge but it is stocked with all the grocery basics. 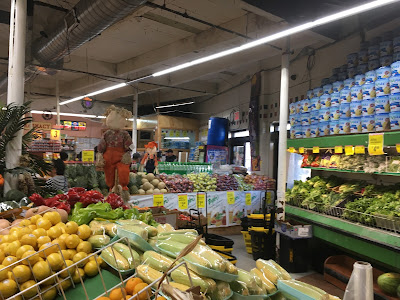 The entrance is just past the white pole here, with the registers and customer service just past the bags of the apples. Obviously a drop-ceiling has been removed for the renovation, but I really like how the store looks with its ceiling exposed. They'd have to paint it, of course. 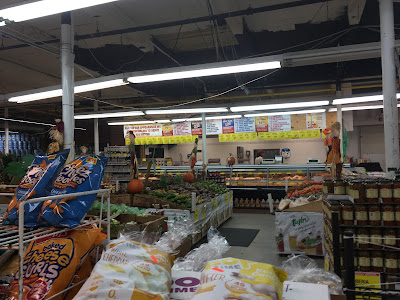 New meat counter on the side wall (closer to Subway) in the back by produce. 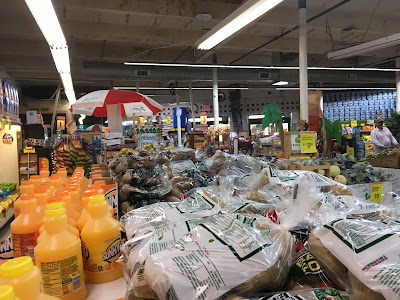 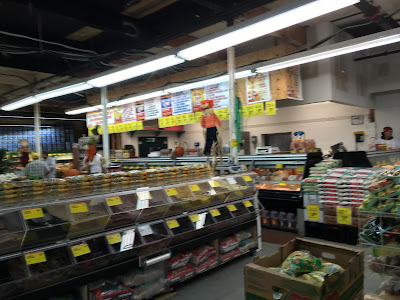 Bulk beans and grains near the butcher. There might also be a seafood counter, I'm not sure. 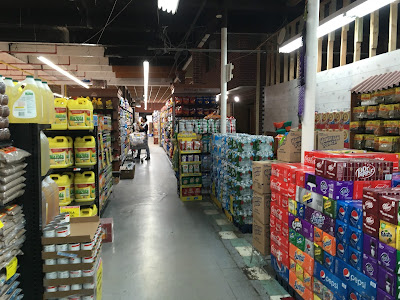 Looking up towards the front of the store. How about that floor? One type of old, worn-out vinyl over another! 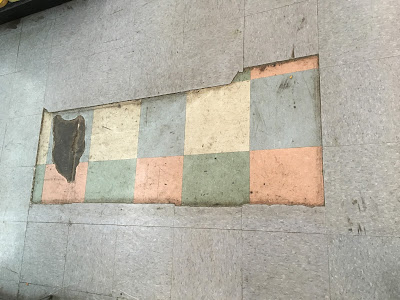 And how about those colors? Pastel pink, green, and blue! All the flooring will be replaced I'm sure. 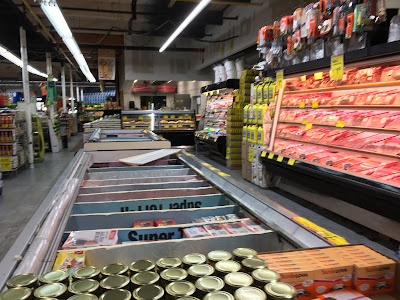 Packaged meats in the back by the butcher counter. 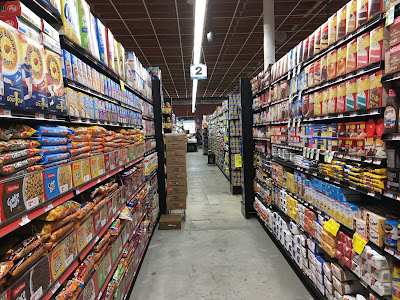 The grocery aisles were beautifully stocked. The shelving is all new. 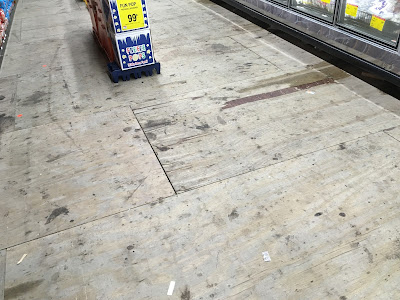 Most of the store's floors are plywood right now. Real classy. I would bet they'll put laminate wood-look flooring right on top of this. 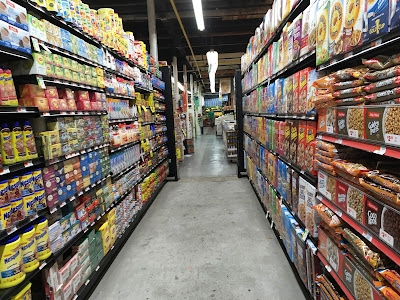 Looking towards the back wall. One side wall is frozen foods and the other has dairy. 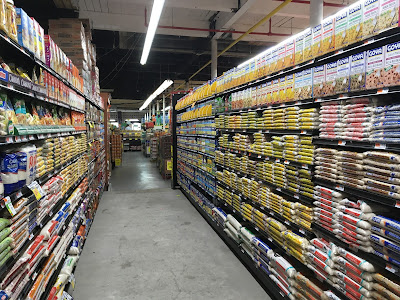 Looks like the staff here must really care about the store. Really well-stocked. 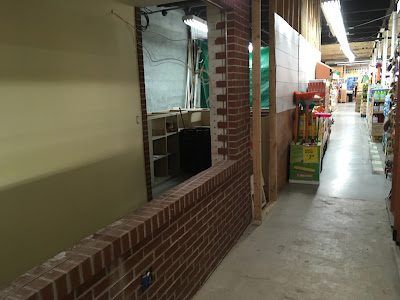 Can anyone explain this little area that's being built out? Brick framing with glass windows. Then there's a long hallway-type space that runs just inside the brick section. Security? Managers' offices (which are now by produce)? Hot food/café? I have no idea! 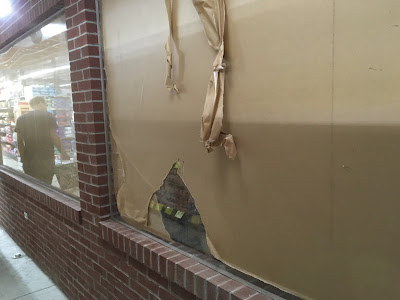 This is on the inside of the store, about halfway down the side wall. 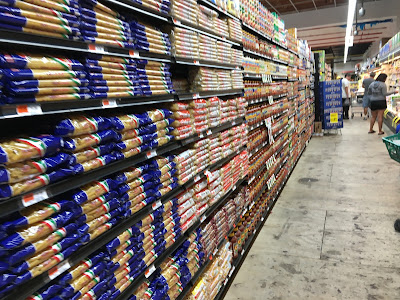 More incredibly well-stocked shelves. If you don't look too carefully, in pictures, the plywood looks like polished concrete or even wood-laminate flooring! 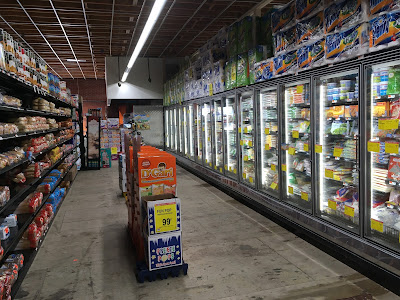 Frozen foods on the side wall, opposite Subway. I don't know if the wood structure on the ceiling is just the framing for a drop ceiling, but it looks really cool as it is. 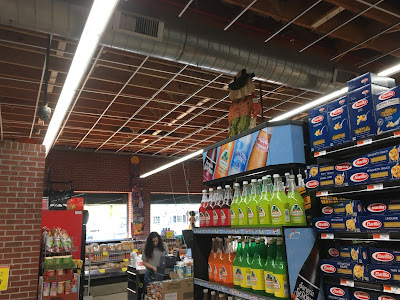 The front-end in the front has been redone with the brick columns and wall. Go Bananas used to be about where I'm standing here. 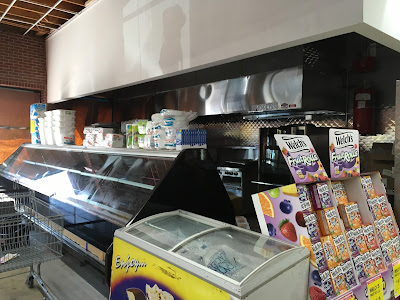 Where the new deli area will be in the front. It looks like they have a small kitchen, so maybe they'll serve hot food here.

Well, the Passaic CTown is looking great and I wish the owners nothing but the best. I think it's going to be a beautiful store when it's all finished. And...chances are I'll be back!