One more store in the Hudson Valley area of New York. This store we've seen on Flickr before, and it's the independent Phoenicia Supermarket in the small town of Phoenicia, New York. The next closest supermarket is the Boiceville IGA. 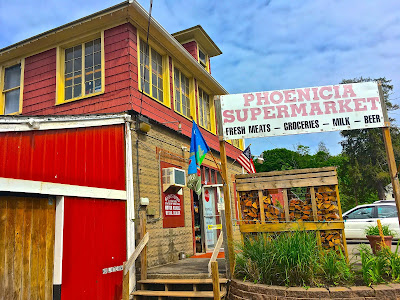 Unlike the Boiceville IGA, as far as I'm concerned, the Phoenicia Supermarket has no small-town charm. The building is interesting from the outside, and I like the paint job, but don't stand and admire it too long because the entire building has NO LOITERING signs all around. Now, I understand that in the middle of Newark, but come on. This is a small store in a small town in the Catskills. It gives first-time customers a bad feeling (that isn't changed on the inside). 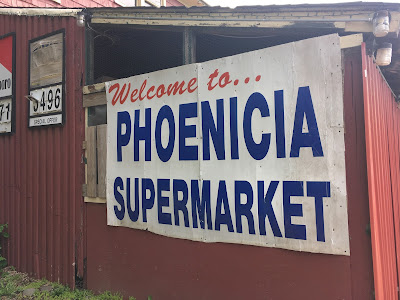 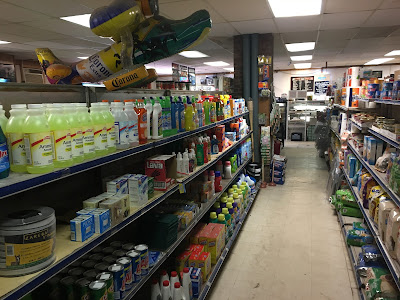 The interior is very small and cramped. There's a selection of the basics and a small deli, but it's more like a convenience store than a supermarket with its two soda refrigerators of produce and no fresh meat. 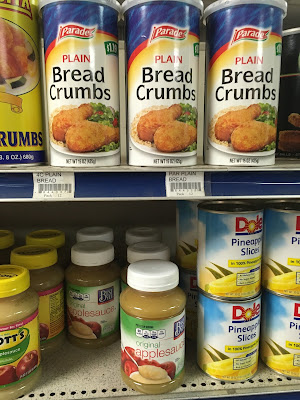 The store uses mostly Parade products (a strange choice, because in my area Parade is synonymous with inner-city ethnic stores), with a few Best Yet items and even a few from Krasdale (now that's just bizarre).