Here's a look at another former Grand Union, also in the Adirondacks. The small town of Schroon Lake, NY, is a vacation center and has one supermarket -- Tops, operating in a building built as a Grand Union. It closed in 2001 and was re-opened as Tops before they sold this location as part of a bundle to C&S Wholesale Grocers, which operated the store as a Grand Union Family Market. It was bought back by Tops sometime around 2012. 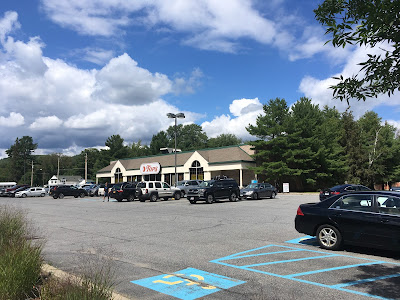 Looks like this store was built with a slightly more deluxe facade than most Grand Unions, and it matches the personality of the small town well.