Grand Union began to replace many of its older stores in the 1990s as one final push to get the chain back to profitability. However, it was really too little too late, and the chain went bankrupt in 2001. This Kingston, NY location is a prime example. A smaller (but not tiny), older (but not ancient) location was replaced with a beautiful new superstore in the same mall, which is now a Hannaford. The older store, despite a new facade, is still easily recognizable as a former Grand Union. 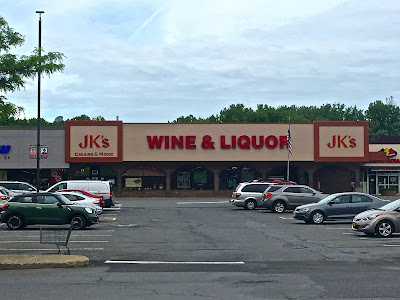 You can't miss those arched windows! 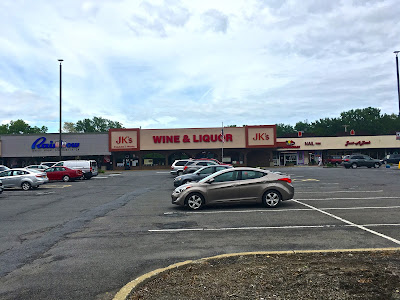 GU was likely divided between JK's Wine & Liquor and Rainbow Stores, as the JK's space looks to be too small for that store model. 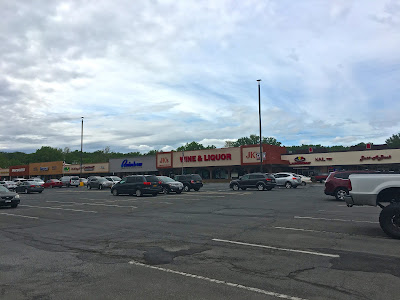 The mall, located a few blocks outside of the (very pleasant) downtown area of Kingston, was undergoing a facade renovation at the time of my visit last May. The new Grand Union, now a Hannaford, is in the other direction (behind me and to my right in the above photo). 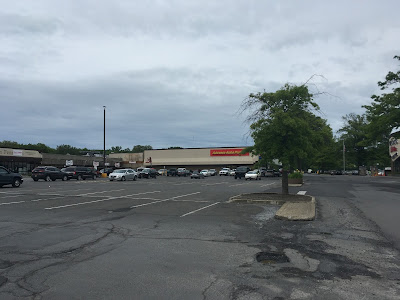 Looking down towards the new GU/Hannaford, which is just past the Advance Auto Parts. You can see the facade under construction to the left. 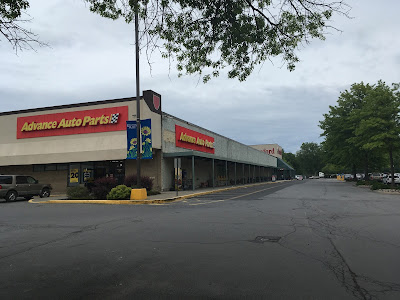 Looking down towards the new GU/Hannaford's entrance. 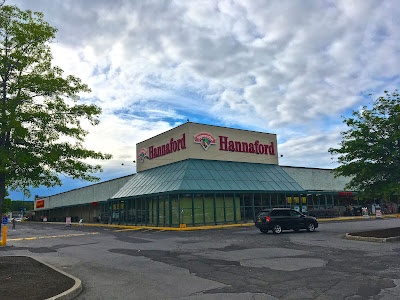 One look at the new GU/Hannaford.