We interrupt your Brooklyn coverage for two Look Inside posts, one today and another, brand-new one tomorrow. Today we're going to see a brand-new store in West Orange, NJ that returns a supermarket to a building that started out as an ACME. Let's begin by seeing the building as (surprise!) a CVS back in November 2016. 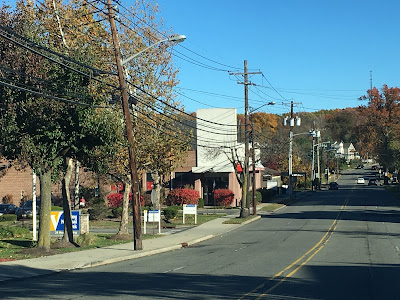 As Acme Style pointed out over in Rockaway, it looks like this ACME's tower sign was built right out of the roof rather than being elsewhere on the property. (Click here to read more about that store and the one that replaced it.) Here in West Orange, the property is extremely limited. 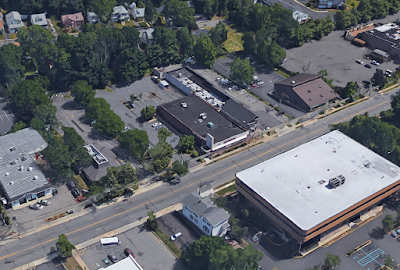 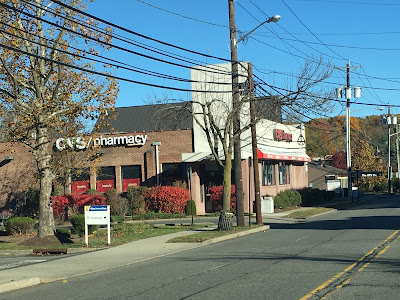 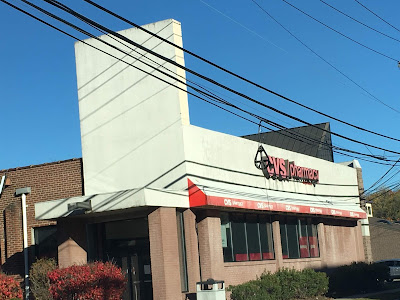 Not the most exciting storefront. CVS's awning seems to be pretty badly faded. This store was clearly outdated for them, and so they jumped on the opportunity to build a new store at the site of Pals Cabin, a New Jersey landmark that closed in 2013 and is located at 265 Prospect Ave, just up the street from this location. The CVS there opened in November 2014, but this location didn't close until January of 2018. It was taken over and gutted by the owners of a Kosher supermarket in Queens. 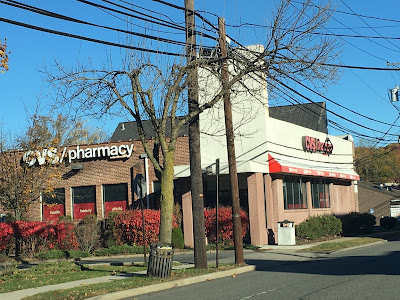 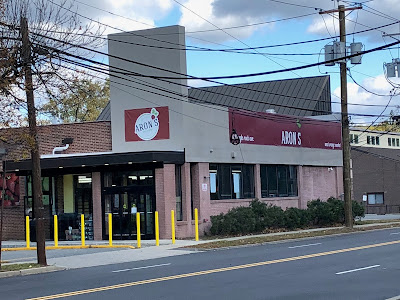 When these pictures were taken by a Market Report contributor in late October 2018, the store was still in its soft opening phase. The signs here on the building are temporary banners. The outside of the store has been cleaned up, with a new covering on the overhang and some nice pictures of food in the side windows. 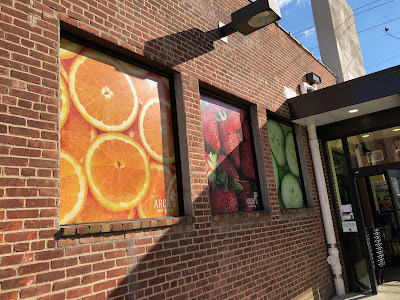 While the store in Queens, located at 72-15 Kissena Blvd, is called Aron's Kissena Farms, it seems that this West Orange location just goes by the name Aron's. Heading in for a quick look around... 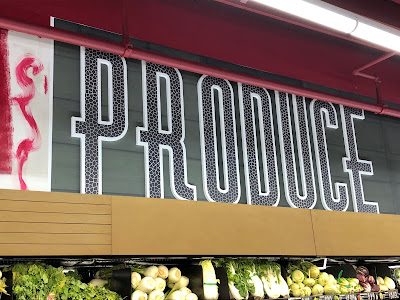 Brand new decor on the walls. The building was completely gutted when Aron's took over from CVS. I'm honestly not sure what this thing is we're seeing on the left side. Since the store was still in the soft opening phase, it could be the future home of a decor element or a picture or something, or it could be an abstract artistic touch! I really like the lettering here. 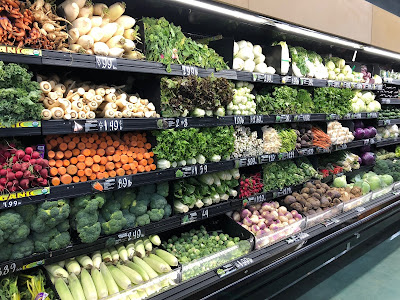 Looks like produce got off to a strong start. Nice selection for a very small store with organics as well. It does look like some prices are quite high, while others are quite reasonable. I hope to stop by this store soon myself, but before that, I can't give a fair representation of pricing. 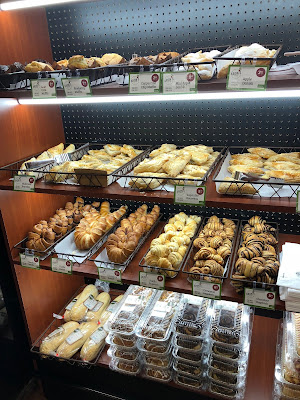 A look at the bakery case. Really attractive fixtures. And I would be jealous of these baked goods if it weren't for the fact that as I write this, I'm looking forward to a tres leches from Gala Foods (formerly Compare Foods) I bought earlier today. 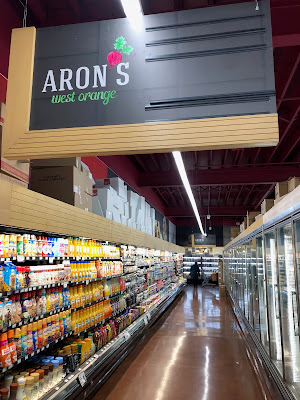 The last aisle is frozen and dairy. I don't know how the store is set up, whether the aisles run parallel or perpendicular to Eagle Rock Ave. If I remember correctly, CVS's aisles ran parallel. 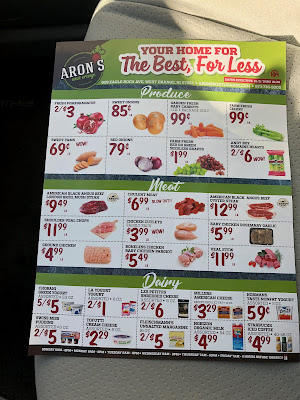 Here's a shot of the circular. Aron's is a member of the Allegiance cooperative, best known for Foodtown supermarkets. An occasional storebrand Foodtown item will turn up in Aron's circular, but they don't advertise it on a regular basis.