We're crossing the street from Mini Market Max to check out a Pioneer supermarket on the western side of 5th Ave between 57th and 58th St. Pioneer is in the middle of the block, but it's New York City, so we can jaywalk. 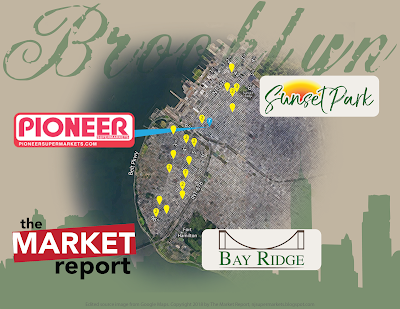 Pioneer appears to be an institution in the neighborhood. I have no evidence that it's been anything else in recent history -- say, the last 20 years. The store has, as we'll soon see, been a supermarket for at least the last 50-60 years. 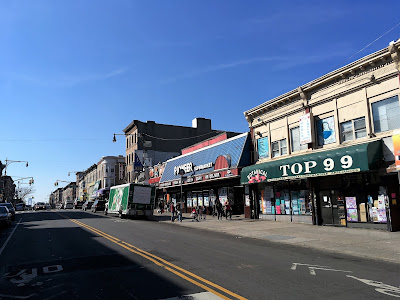 The entrance is on the right side of the storefront. 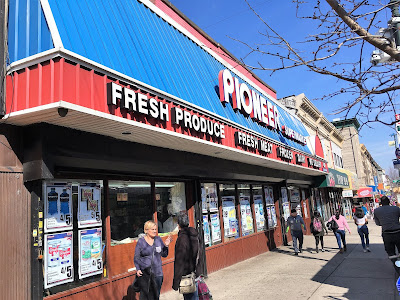 You can't miss the red, white, and blue awning. I'm not sure I love the blue -- red awnings generally look pretty good. 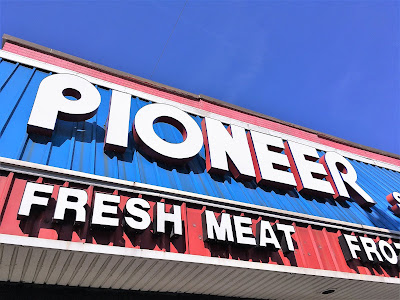 But the storefront does look well-maintained, if not newly redone. I was expecting a significantly more modern store than the Pioneer in Jersey City based on the outside... 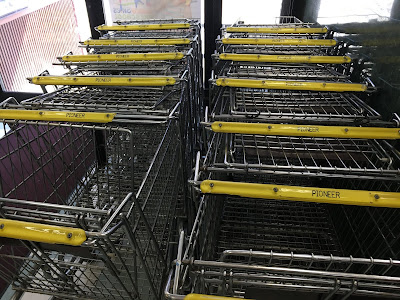 The carts, which are stored inside, all match, which is nice. The first aisle, strangely enough, is frozen and dairy, which also continues along the back wall. Meats line the rest of the back wall with produce actually in the last aisle and in the front of the store. 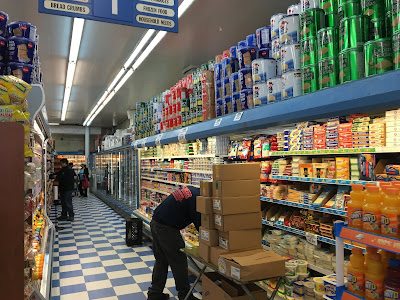 Wow! So the blue awning might not be my favorite, but it sure matches the interior of this store! 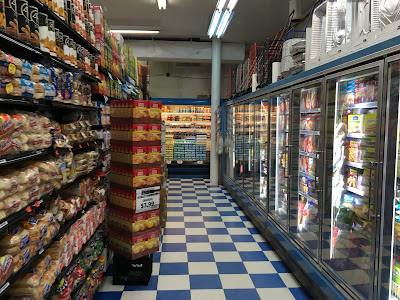 Upon closer inspection, we find a mix of very old and very new fixtures. The black shelving on the left here, for instance, is brand-new, while the freezer cases are rather elderly. 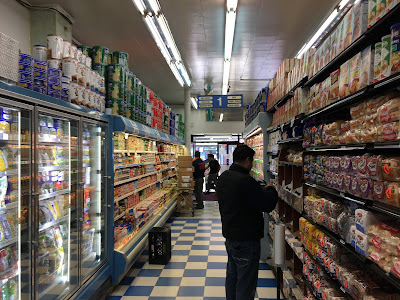 Looking back up towards the entrance. One thing that's worth mentioning that hit me about this store as soon as I came up to it is how clean everything is. Yes, clean as in not dirty, but there is also ZERO junk or clutter. Even the carts are neatly lined up inside the store. 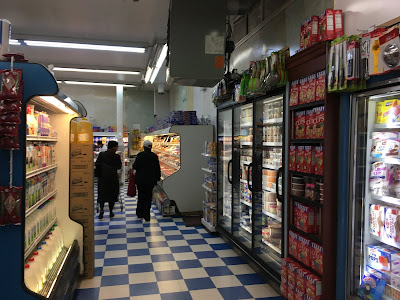 Here's a look along the back wall of the store. Notice a combination of old and new cases, again. There's really no decor on the walls, but everything that is on the walls is probably from at least the 70s -- maybe even more like the 50s. 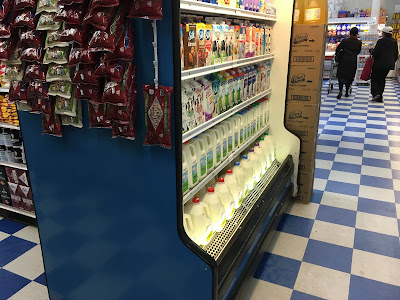 The milk case, strangely enough, is set up like an endcap. The cases may have been repainted at some point. 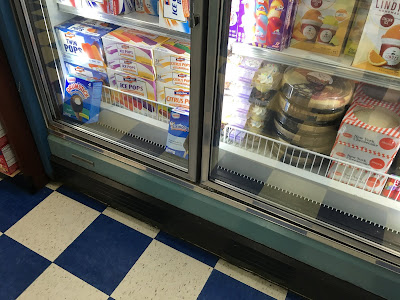 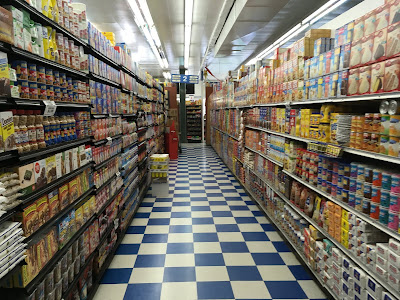 Again, we see a mix of new (left) and old (right) shelving, in an absolutely spotless aisle. 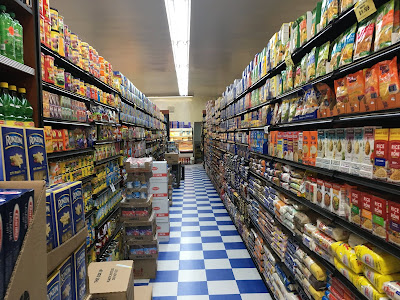 The aisle markers are also probably from at least the 70s, if not before. 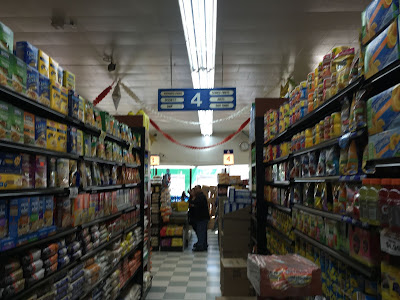 Although ice cream is along the back wall near the first aisle, the rest of frozen is in the last aisle along with produce. 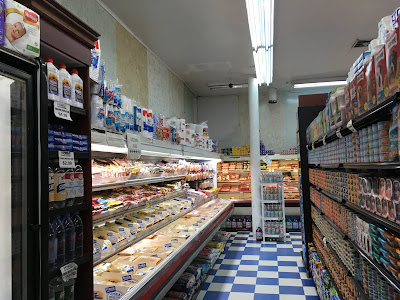 We're looking toward the back wall here with the left-side wall to the left. Plenty of pet food nicely stocked! 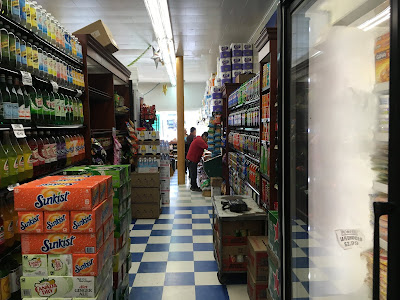 You can see where produce begins to the right in the front. 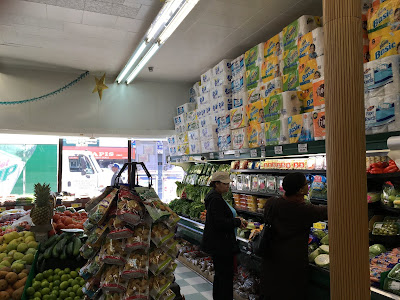 Very small produce department, but it actually has a pretty good selection. 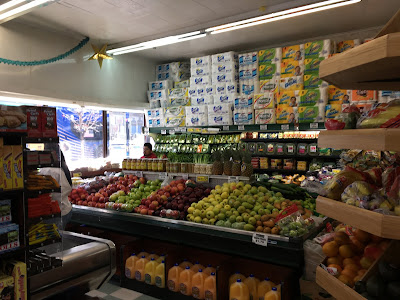 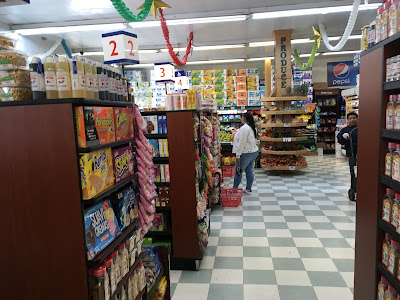 Look, decor! A single sign that says Produce! Here we're looking from the entrance along the front-end of the store.