I went back to Extra Supermarket in Maplewood on Friday, which we originally saw in a tour back in November 2017. Since then, there have been a few changes -- nothing earth-shattering, but some nice updates. 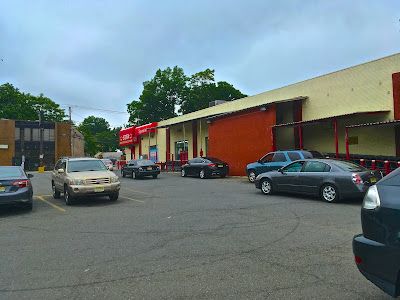 Exterior photo from my original visit. Nothing has changed outside. Plus, when I went back on Friday, it was pouring rain and I was almost run over by a Krasdale truck. Just another day in the life of The Market Report blogger. 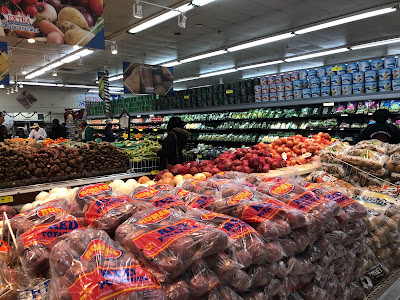 In the grand aisle, we see that the single-tier produce cases running along the side of the department have been replaced with upright multi-tier cases, thus vastly increasing selection and adding one aisle. (Previously, produce and meat were aisle 1.) 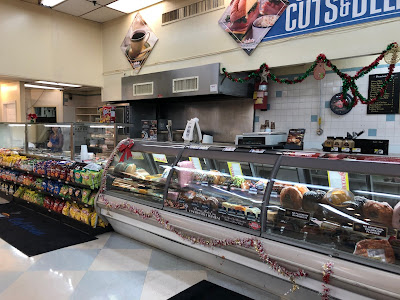 Closeup of the deli and hot food counter in the front of the store that wasn't included in the original post. Also, I'm not sure whether I missed it or if it wasn't yet there, but I caught this time a small café seating area just inside the alcove visible to the left above. 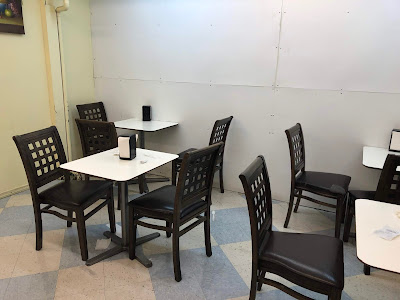 The furniture looks pretty new, so maybe it wasn't there a year ago. The meat backroom is on the other side of this wall. 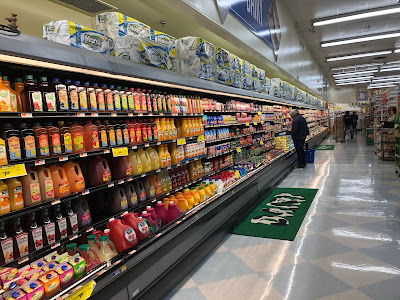 New dairy cases along the back wall. Check out the old cases here. 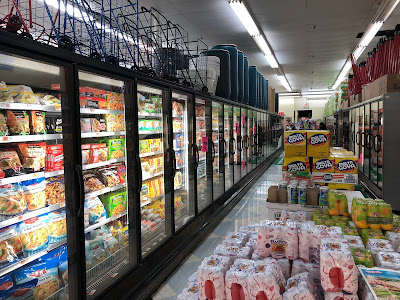 Brand-new frozen cases in the last aisle. No more open deck freezer cases! If you want to check out the changes for yourself, the store is at 719 Irvington Ave, Maplewood, NJ.