We've established that Olive Tree Marketplace in Denville, NJ (left arrow to scroll through the pictures) was a miserable failure, as was the Foodtown-turned-Shop Fair of Howard Beach, Queens. The Shehadeh brothers, which owned those stores and several others (that actually remain in business), also own this location on 3rd Ave in Bay Ridge. 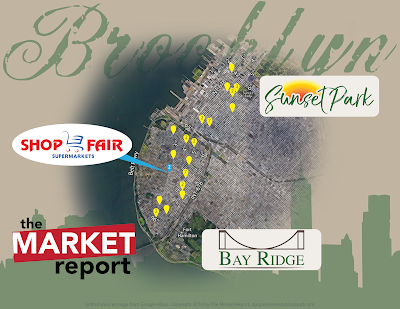 This store was a longtime Associated Supermarket that was renovated and expanded in 2006 (possibly when the Shehadeh family took over the store, although I don't know for sure). Around 2012 or 2013, the store was briefly switched to Key Fresh & Natural, probably when Associated was going through bankruptcy, before switching back to Associated by 2015. This was one of the original Shop Fair stores when the group was formed in late 2016 and was fully switched to the new Shop Fair banner by early 2017. (Fun fact, Retail Grocers Group held a trademark on the Shop Fair name since the 1990s, but didn't open stores under the name until 2016.) Shop Fair appeared to be a miserable failure and closed soon after my visit by the spring of 2018 before being replaced by an Olive Tree Marketplace soon thereafter, also a Shop Fair affiliate and also owned by the Shehadeh family. Olive Tree's website no longer exists, and the Brooklyn page hasn't had a post since mid-November. So it looks like Olive Tree may be out of business here as well, or preparing to close. (The Staten Island location remains open under normal operations -- for now.) 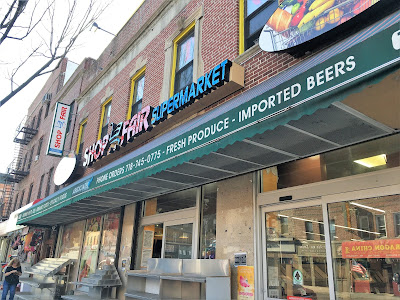 Prior to stepping inside the store, I was totally unaware that the supermarket was in its final liquidation. There were no signs either, and the only employee in the store was a manager. There were two other customers in the store, only one of whom actually bought anything. I asked the manager if there was a circular that week (stupid question -- most of the shelves were empty!). 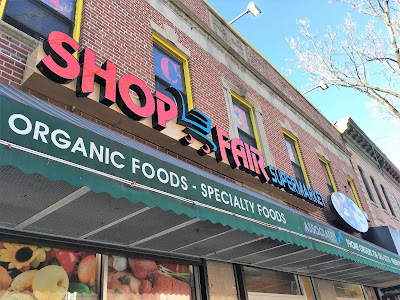 You enter to produce and dairy on the right wall, with meat along the back wall. Frozen is on the far side of the store with a deli along the front end. 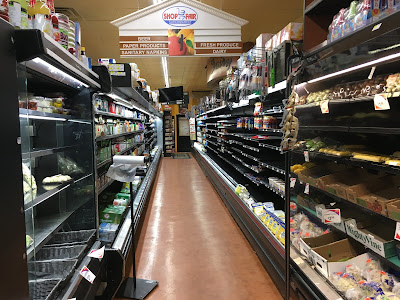 Produce and dairy department in the first aisle. 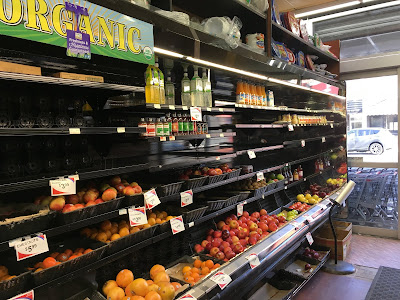 All the fixtures look either new or newly painted. 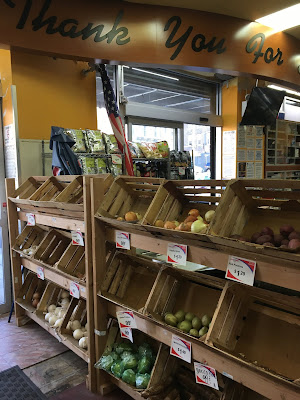 When the store was this low on stock, I wonder why they didn't just move the merchandise over to another store they own? The Olive Tree Marketplace on Staten Island isn't all that far away. Is anyone really buying this last merchandise? 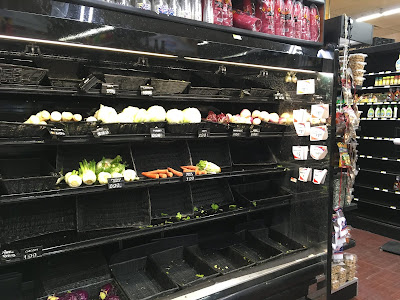 There's hardly anything to buy, and there weren't discounts -- not the most appealing deal! 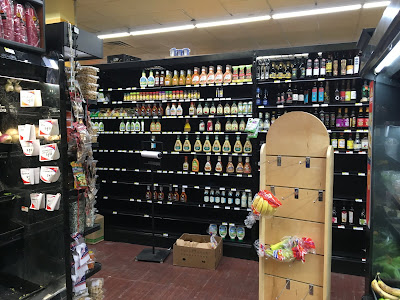 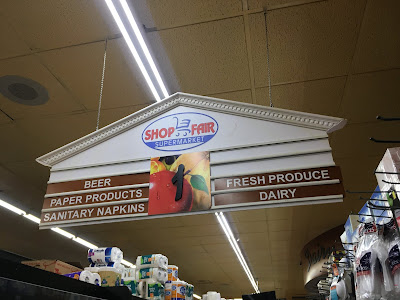 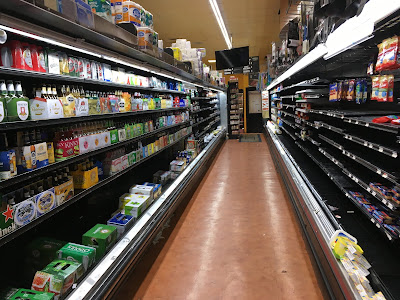 Plenty of beer, though. 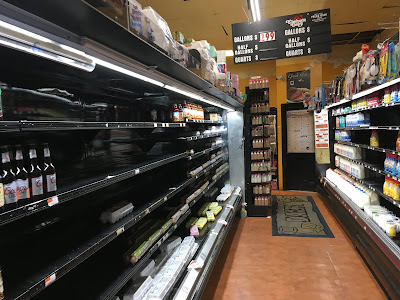 Some milk and eggs left on the shelves. 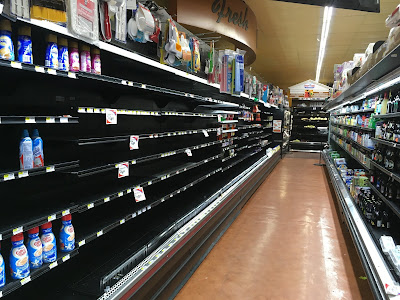 This was quite a shock to see when entering a supermarket less than a year old that had just been promoting its grand opening. 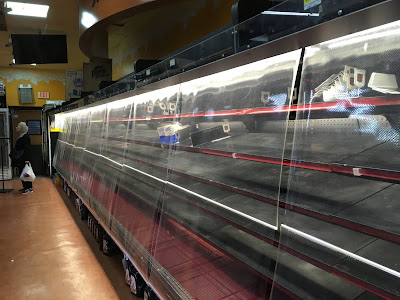 No meat. It seems that the meat department closed long ago. 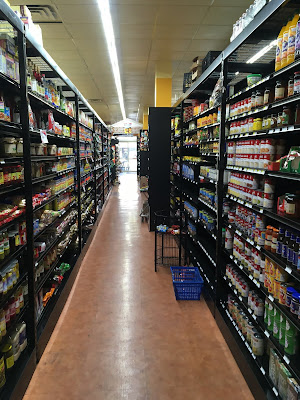 Some grocery aisles seemed fully stocked, while others were completely barren. 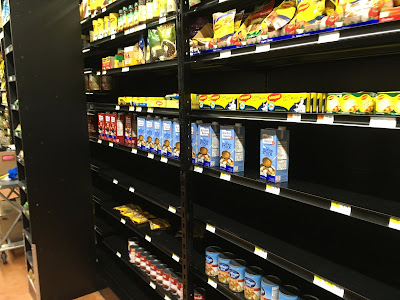 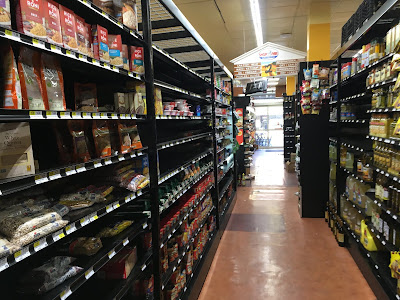 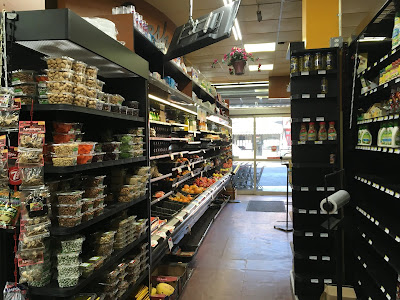 Back up to the produce department near the entrance. 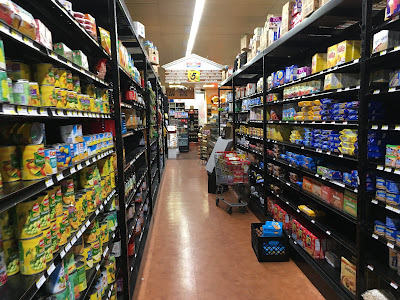 Six aisles in total, with frozen foods in the last aisle. 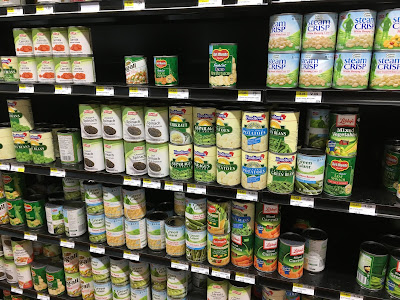 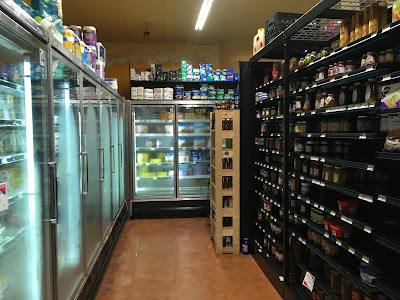 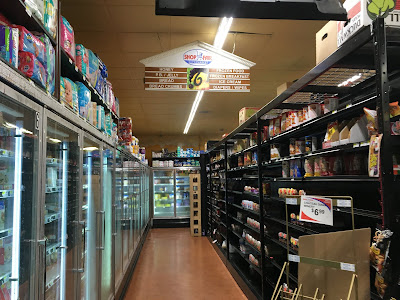 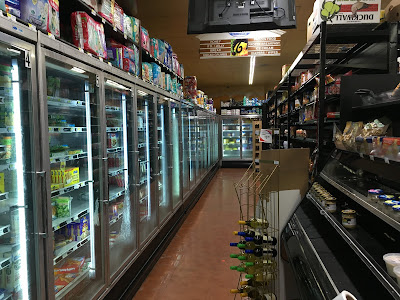 Many frozen foods cases were fully stocked, although some were empty. Strangely enough, the deli seemed to be fully functioning, although there was no one to run it. 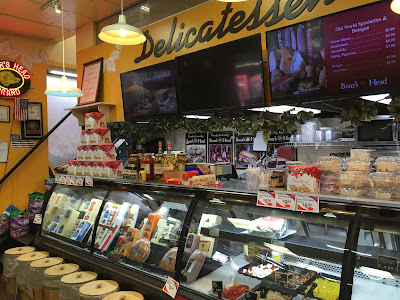 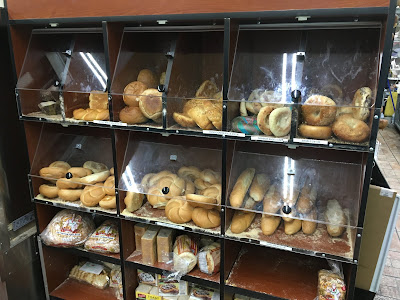 Obviously they're still getting deliveries of bread and rolls since the bread cases are fully stocked. 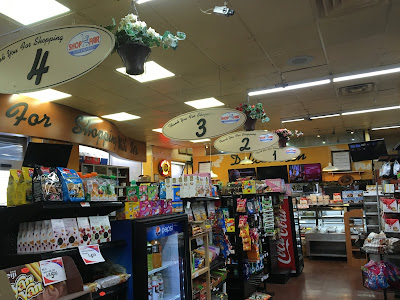 Four registers. So the store, obviously, was in the process of closing at the time of my visit. However, it has since reopened as an Olive Tree Marketplace (which is also run through Shop Fair Supermarkets).


Look familiar? It doesn't look like the owners did much to switch the store to Olive Tree other than change the sign. Inside, the store has become more upscale.

I truly do wish the owners the best of luck with this Olive Tree, but their track record isn't great. Plus they're just a block and a half from a huge Food Emporium with free parking (which we'll tour tomorrow). So I don't have high hopes either.