We've been to this store a few times now, first seeing it as a Key Food Marketplace in photos from May 2016, then revisiting it as a SuperFresh with photos taken in April 2018. The Food Basics-turned-Key Food Marketplace-turned-SuperFresh has now been turned Freshway, along with another one of owner Kevin Kim's locations in Staten Island, NY at 375 Tompkins Ave. 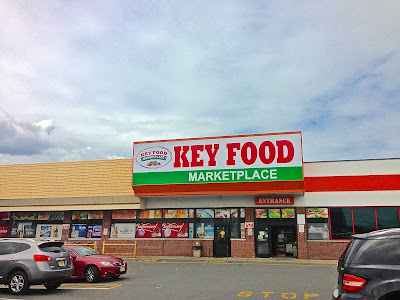 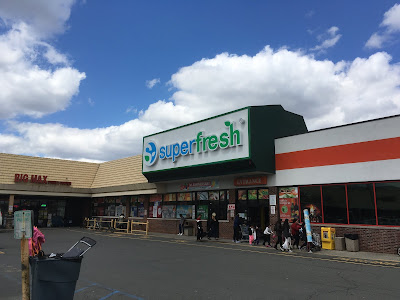 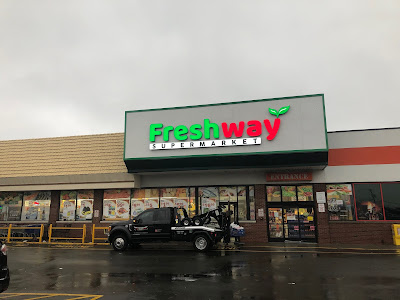 On the outside, not much has changed in the past two and a half years. The store is still sporting its Food Basics entrance sign and awning, but it now has a real, lit logo (if a slightly off-center one). If you zoom in, you can see that the store is now featuring Fine Fare sale posters in the windows, as Freshway is run with General Trading of Carlstadt, NJ, which also runs Fine Fare. Heading in, we find that surprisingly, most of the signs have actually been updated to the Freshway logo... 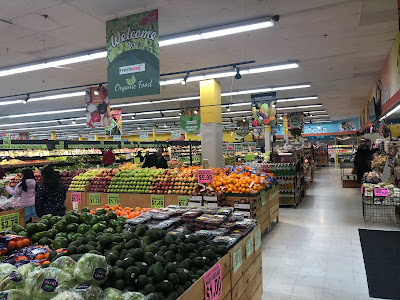 Okay, I didn't say updated well, I said updated. Either way, the store is still looking really good, although a few of the specialty departments didn't make it (hot food, juice bar, and sushi are all closed). 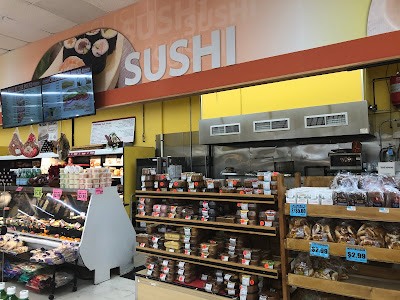 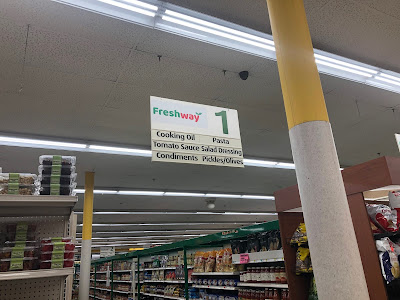 New logos on the aisle markers. They were never updated to the SuperFresh logo; in fact, these are the original Food Basics aisle markers which had had Key Food stickers on them. 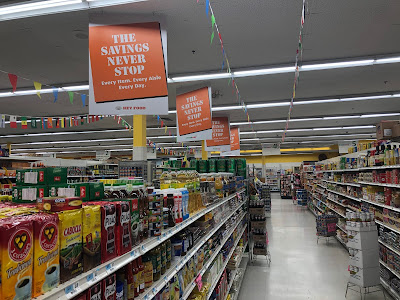 Inconsistent updates in the international aisle. 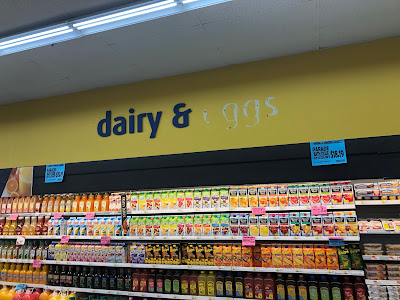 Yes! Eggs are no longer in this area, which I commented on in the previous post. It would be too much to ask, I suppose, for the ampersand to be removed or for the area to be painted. 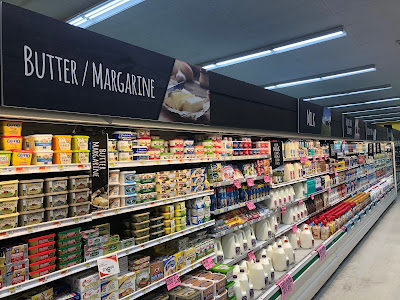 Updated category markers! I made fun of the previous signs on the earlier post. 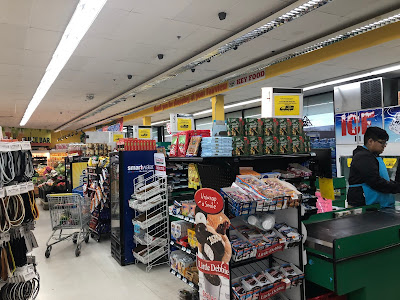