Back over on 5th Ave, there's a space that once held a Chase Bank and was somehow turned into a spacious CTown Supermarket in 2010. 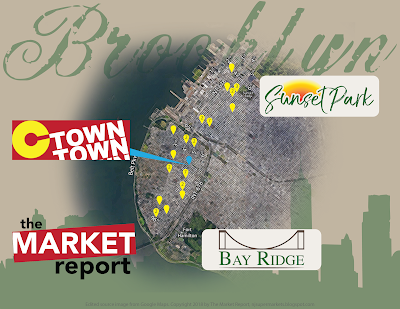 That's quite a retrofit, a supermarket in a former bank! Can't say I've ever seen that one before. 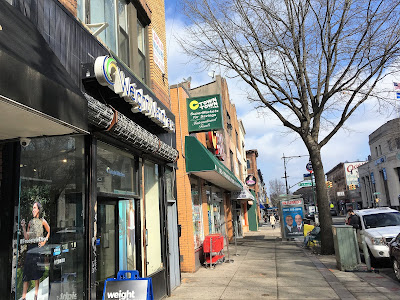 It's a small storefront, but again, it goes way back. 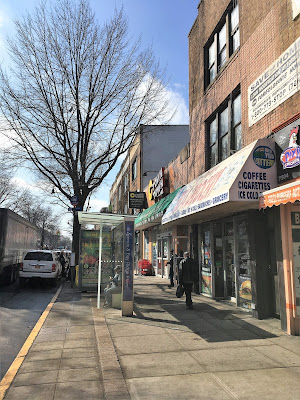 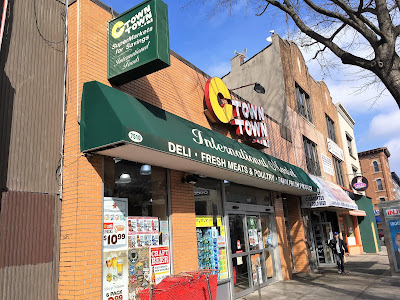 You enter on the right to produce and meat in the first aisle, with frozen foods along the back wall of the store and continuing a little bit down the last aisle, and dairy in the remainder of the last aisle. Deli is located in an island facing the produce aisle, with international foods located behind the island. 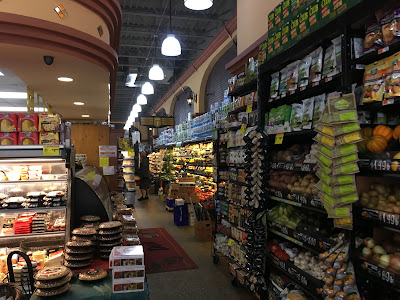 This store had an incredible selection of organic produce for a very, very small store, but it was surprisingly reasonably-priced. (I guess it is a CTown, after all.) 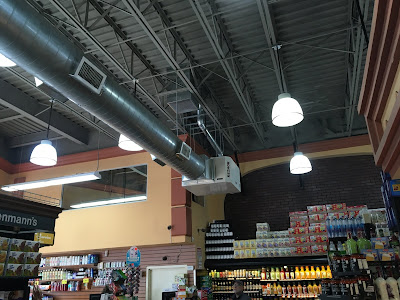 Looking across the front-end from produce. The ceilings are very high, which makes me wonder whether Chase Bank had a second floor, at least in part of the building. 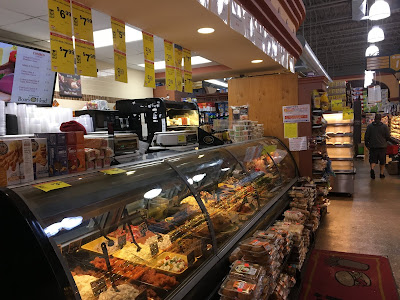 Gourmet deli across from produce. 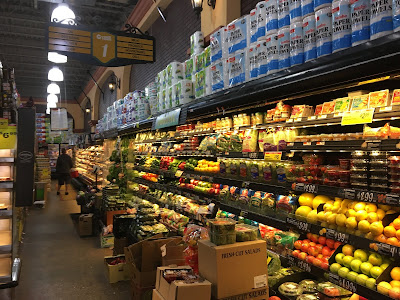 See the organic sign on the produce case? All of the produce below it is organic, from the packaged clamshell salads to the greens on the left. There were also organic potatoes and other dry produce in a separate case. Since when does CTown sell almost as much organic produce as conventional?!?! 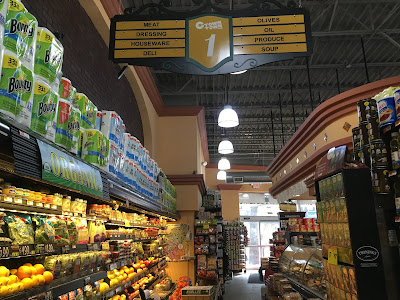 The details are fantastic, from the concrete floor to the exposed brick to the lighting. 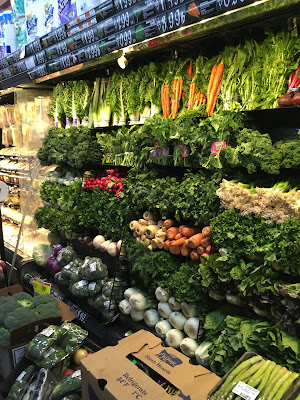 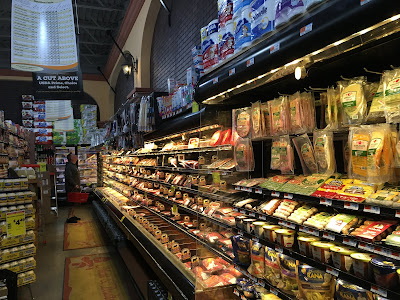 Packaged meats and deli towards the back of the store. 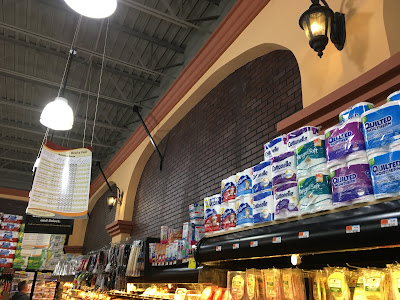 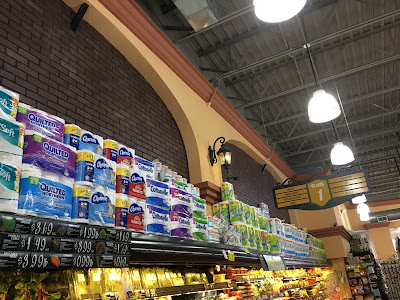 Once again, fantastic details on the walls. Yes, the brick is fake, but who cares? 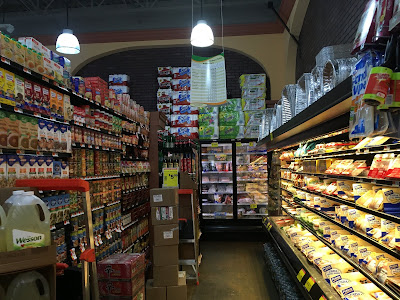 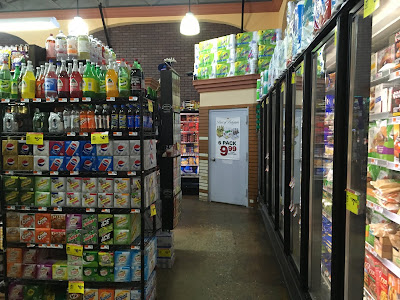 Looking along the back wall. 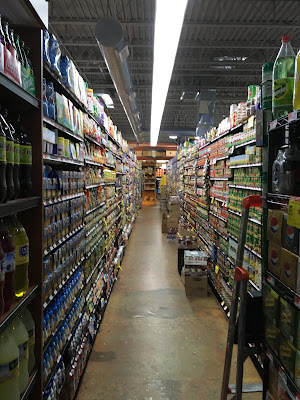 The aisles are divided in the middle at the end of the deli (not quite half, the back section is a little longer). 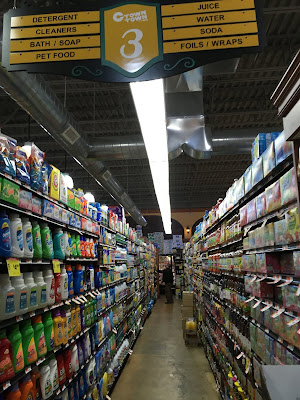 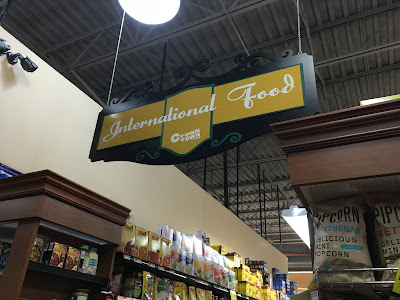 International section behind the deli. 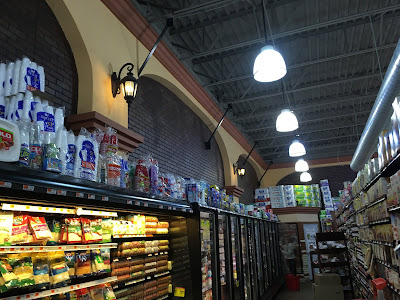 More frozen and dairy in the fourth -- and last -- aisle. 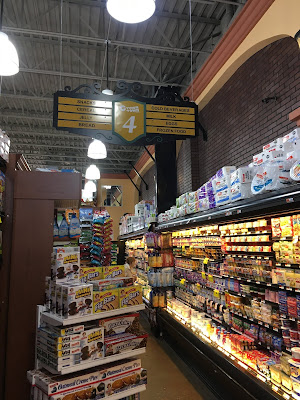 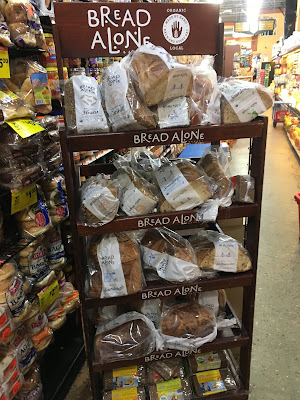 Bread Alone is an organic bread producer in the Hudson Valley, and not merchandise that you'd typically expect in a CTown. 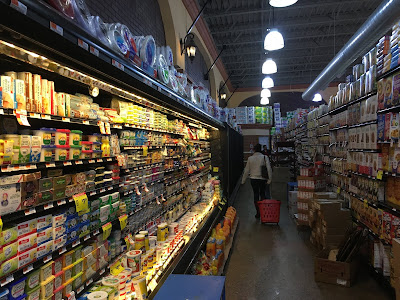 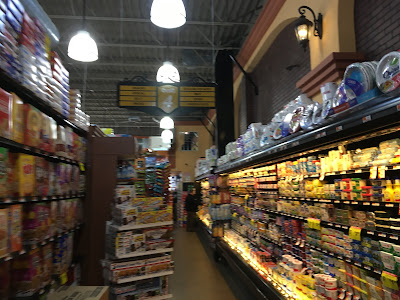 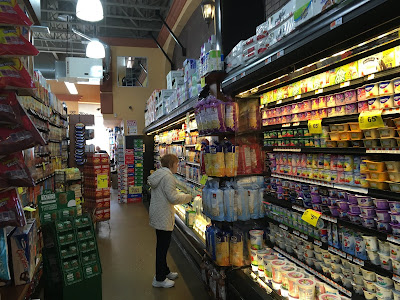 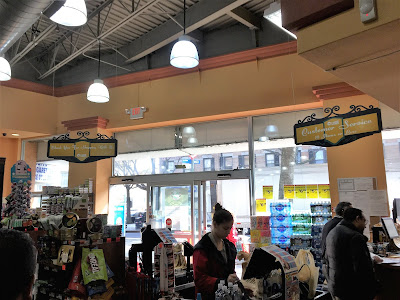 I believe there are either two or three registers in the front, plus customer service. But despite its small size, the CTown of Bay Ridge is still a spacious(-feeling) and fully stocked supermarket that's pretty upscale, too. I was thoroughly impressed!